Ross 128 b and the search for Earth-like exoplanets

Only 11 light-years away, Ross 128 b is the 2nd-closest-known rocky exoplanet. Here’s a recent study scrutinizing Ross 128 b, as it relates to the fascinating search for distant Earth-like worlds. 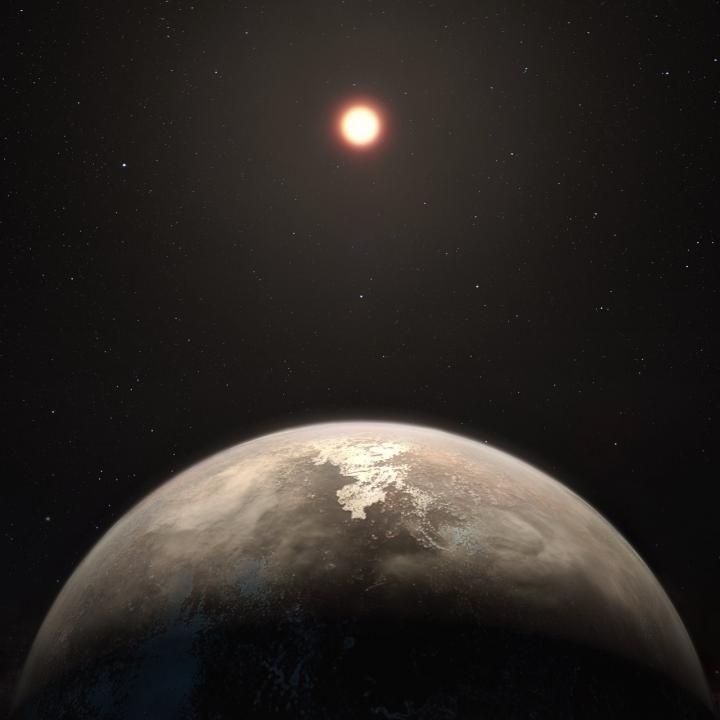 Artist’s concept of Ross 128 b, orbiting a red dwarf star only 11 light-years away. Image via ESO/M. Kornmesser.

Of all the exoplanets being discovered these days, some of the most exciting – if not the most – are those that might be Earth-like. Astronomers are finding a growing number of rocky worlds, about the size of Earth or a bit larger. Some orbit in the “habitable-zones” of their stars, where temperatures (among other factors) could allow liquid water on their surfaces.

One of the most intriguing is a planet called Ross 128 b, orbiting a red dwarf star only 11 light-years away. It is currently the second-closest known rocky planet to our solar system. A peer-reviewed study published in The Astrophysical Journal Letters last summer (June 13, 2018) shows how such a world can be similar to Earth in some ways, but not really an Earth twin.

By studying Ross 128 b – an exoplanet so nearby and so similar in size to Earth – scientists hope to understand better how many such planets are in our galaxy, and how many might be able to support life.

The new work comes from a team led by astronomers Diogo Souto of the Observatório Nacional in Brazil and Johanna Teske of Carnegie Observatories in California. They studied the chemical abundances in the host star of this exoplanet, the star Ross 128. By doing so, they said they could get a better idea of what elements are present in any planets orbiting the star (or planets around other stars). That knowledge has come easily, as Souto briefly noted:

Until recently, it was difficult to obtain detailed chemical abundances for this kind of star.

How many Earth-like worlds are out there? We don’t know yet, but scientists are getting closer to finding the first ones. Image via ESO/L. Calçada/wikimedia, CC BY-ND.

The research team used the APOGEE spectroscopic instrument of the Sloan Digital Sky Survey to measure the infrared light coming from Ross 128, which provided data on the abundances of carbon, oxygen, magnesium, aluminum, potassium, calcium, titanium and iron in the star. As Teske explained:

The ability of APOGEE to measure near-infrared light, where Ross 128 is brightest, was key for this study. It allowed us to address some fundamental questions about Ross 128 b’s ‘Earth-like-ness.’

It turns out that Ross 128 has levels of iron similar to those of our own sun, even though Ross 128 is a red dwarf star. Also, the ratio of iron to magnesium in the star indicates that the core of the planet is probably larger than Earth’s.

As for size, while it is was not possible to measure the planet’s radius directly, due to the orientation of the planet’s orbit as seen from Earth, the researchers were able to determine a range for the radius, using the planet’s known minimum mass and (now) the stellar chemical abundances.

They found that the estimated radius range supported the likelihood that the planet is rocky, like Earth, with a mixture of rock and iron.

Ross 128 b was discovered in 2017 by astronomers using the High Accuracy Radial Velocity Planet Searcher (HARPS) at ESO. Image via ESO.

Planets with radii greater than 1.7 times that of Earth are probably more like Uranus or Neptune – the ice giants of our solar system – with deep atmospheres surrounding a smaller core. Planets with radii less than that are most likely to be rocky, like Earth. This includes many super-Earths, a type of rocky planet larger than Earth but smaller than Uranus or Neptune, of which many have been discovered so far.

So the researchers were able to figure out the mass, radius range and likely chemical makeup of Ross 128 b. What about temperature? The team measured the temperature of the star and combined that data with the estimated radius. That told them how much of the star’s light should be reflecting off the surface of Ross 128 b – the results showed them that the planet likely has a temperate climate, like on Earth. Souto commented:

It’s exciting what we can learn about another planet by determining what the light from its host star tells us about the system’s chemistry. Although Ross 128 b is not Earth’s twin, and there is still much we don’t know about its potential geologic activity, we were able to strengthen the argument that it’s a temperate planet that could potentially have liquid water on its surface.

Ross 128 b also orbits in the inner edge of its star’s habitable zone, so if other conditions are suitable, along with the temperate temperature, then the planet could possibly have liquid water on its surface. Not enough is known yet, however, to make that kind of determination.

Regardless, finding another rocky world with at least some similarities to Earth so close by is an exciting discovery, showing that there are probably many such planets out there. 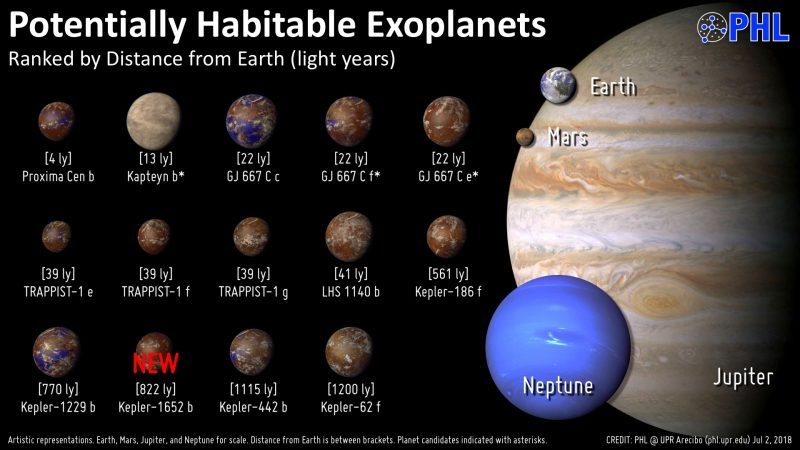 Ross 128 b was first discovered in 2017 with ESO’s High Accuracy Radial velocity Planet Searcher (HARPS). It is the second-closest known temperate rocky world to our solar system (so far), with only Proxima b known to be closer.

Ross 128 b is intriguing in many ways, but it’s just one of a growing number of such worlds. The Habitable Exoplanets Catalog currently lists 55 potentially habitable exoplanets, including Ross 128 b. These are worlds that are rocky and of similar size to Earth. While many details are still not known about them, the information we do have so far indicates that they are potentially habitable, by earthly standards.

Astronomers are confident that many more will be found in the months and years ahead, including from the new TESS space telescope mission, which just achieved first light. Ross 128 b is providing valuable clues as to what some of these worlds may be like.

Bottom line: Ross 128 b may not be Earth’s exact twin, but it does seem to share similarities with our own world. And it’s nearby, only 11 light-years away. By studying it, and other similar rocky worlds, scientists hope to understand how many such planets may be in our galaxy, and how many may be able to support life.

Source: Stellar and Planetary Characterization of the Ross 128 Exoplanetary System from APOGEE Spectra