An April 2014 image of Comet 67P/Churyumov-Gerasimenko showed activity, as the comet nears the sun. But a June 4 image shows the comet has quieted again. 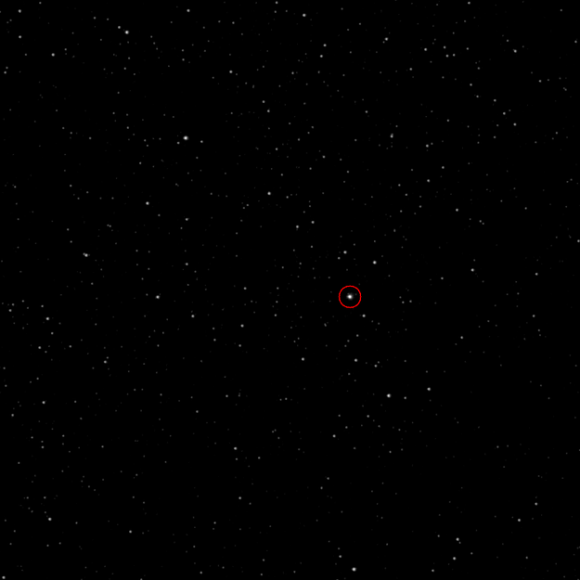 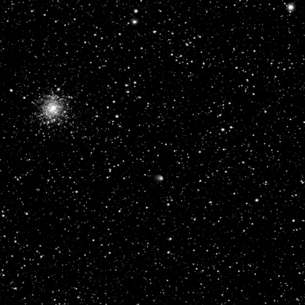 Earlier this month, ESA’s Rosetta spacecraft obtained the image above, which shows that its target comet – Comet 67P/Churyumov–Gerasimenko – has quietened in contrast to earlier this year. The unexpected quieting of this comet demonstrates the unpredictable nature of these enigmatic objects.

Rosetta’s scientific camera captured the large image above on 4 June, from a distance of 430,000 kilometers (267,000 miles). It is the most recent full-resolution image from the spacecraft’s narrow-angle sensor. There is no longer any sign of the extended dust cloud that was seen developing around nucleus at the end of April and into May, as shown in the small image at right. Indeed, monitoring of the comet has shown a significant drop in its brightness since then.

The comet is now almost within our reach – and teaching us to expect the unexpected.

The Rosetta spacecraft has been chasing down Comet 67P/Churyumov-Gerasimenko since its launch in 2004. This comet is a regular visitor to the inner solar system, orbiting the sun once every 6.5 years between the orbits of Jupiter and Earth. The Rosetta spacecraft will continue to monitor the comet and select a suitable site for an attempted landing in November, 2014. The comet will go on to reach perihelion – its closest point to the sun – in August, 2015.

Read more about the June 4 image from ESA.

Bottom line: In April, space scientists controlling ESA’s Rosetta spacecraft – now in route to Comet 67P/Churyumov–Gerasimenko – saw an expanded envelope of gas around the comet, as it neared the sun. But the latest image taken on June 4, 2014 shows that the comet has quieted again.