The Rosetta spacecraft has caught its first glimpse of comet 67P/Churyumov–Gerasimenko since waking up from deep-space hibernation in January. 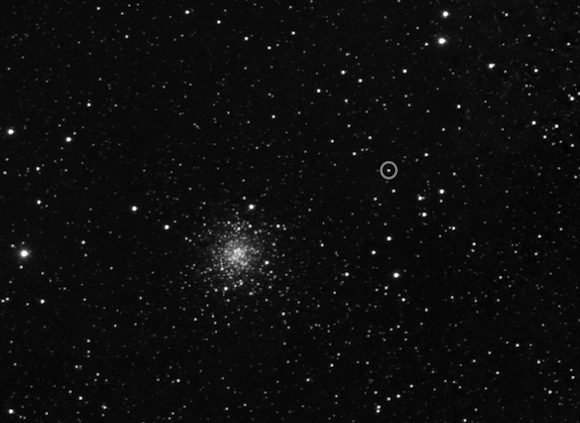 ESA’s Rosetta spacecraft is on a 10-year mission to study Comet 67P/Churyumov-Gerasimenko up close as the comet enters the solar system. The spacecraft woke up from hibernation on January 20, 2014 and will rendezvous with the comet in May and enter orbit around it in August. If all goes well, it will be the first spacecraft to orbit a comet’s nucleus and the first lander to do a controlled touchdown, in November, on the surface of a comet. Now the Rosetta spacecraft has caught a first glimpse of its destination comet since waking up from deep-space hibernation in January.

These two ‘first light’ images were taken on 20 and 21 March by the OSIRIS wide-angle camera and narrow-angle camera, as part of six weeks of activities dedicated to preparing the spacecraft’s science instruments for close-up study of comet 67P/Churyumov–Gerasimenko.

Rosetta has been traveling through the solar system for 10 years, and will finally arrive at the comet in August this year. It first imaged the comet in a long exposure ­of over 13 hours from a distance of 163 million kilometers, three years ago, before entering deep-space hibernation.

Rosetta is currently around 5 million kilometers from the comet, and at this distance it is still too far away to resolve – its light is seen in less than a pixel and required a series of 60–300 second exposures taken with the wide-angle and narrow-angle camera. The data then travelled 37 minutes through space to reach Earth, with the download taking about an hour per image.

“Finally seeing our target after a 10 year journey through space is an incredible feeling,” says OSIRIS Principal Investigator Holger Sierks from the Max Planck Institute for Solar System Research in Germany. “These first images taken from such a huge distance show us that OSIRIS is ready for the upcoming adventure.” 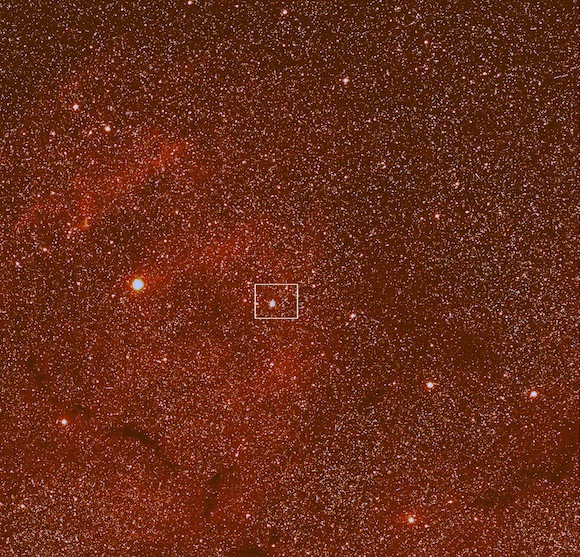 OSIRIS and the spacecraft’s dedicated navigation cameras will regularly acquire images over the coming weeks to help refine Rosetta’s trajectory in order to bring it steadily in line with the comet ahead of the rendezvous.