And now … a real ISS transit of Saturn

A fake image ran in APOD a few days ago, but this video of an International Space Station transit across the face of Saturn looks real.

Daniel Fischer (@cosmos4u on Twitter) is a great skeptic of all things Internet and has proven himself to be right, time and again. So when he says this video from Szabolcs Nagy on Youtube is real, I believe him. It follows an Astronomy Picture of the Day (APOD) image earlier this month – which ran January 22, 2016, but has apparently now been taken down – that was resolutely and immediately labeled a fake by the global community of astrophotographers (read a good overview of this astrofaketography here, or check out this discussion).

As for Szabolcs Nagy … he called his capture of this transit:

The best astro-moment of my life … uplifting, rewarding and a fantastic feeling.

Meanwhile, the person who posted the fake image has apologized. 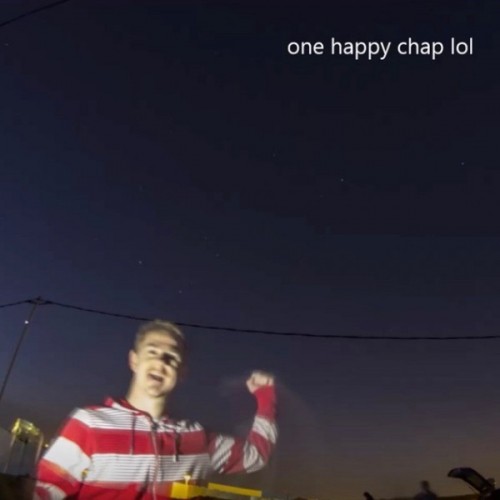 Szabolcs Nagy celebrating his capture of the ISS transit of Saturn.

After all the hassle about APOD’s fake ISS transit on Saturn, I gave my very best to document the event as real and precise as possible.

I booked my holiday a few months ago to Gran Canaria and was planning to take my small travel scope (Skywatcher Skymax 90/1250) with me to do some astronomy there under that wonderful clear night sky.

Before I actually traveled, double checked the app called ISS Transit Prediction just to see what if… then realized ISS might transit the ringed planet.

But I was very skeptical … as always, you never know the weather and other circumstances that can ruin the careful planning….

But everything went fine. Sky was exceptionally clear and everything was ready for a good attempt…

Although I’ve been in astrophotography for 3 years, I mainly worked with dslr and only recently bought myself an ASI 120 MC planetary camera, I had lots of doubts about my own skills, mainly about camera settings (choosing the right gain and exposure), plus to fine control an eq1 mount with an ASI on it is, well let me say not the easiest…

But here is the final result, a nice video about the best astro-moment of my life. It was uplifting, rewarding and a fantastic feeling to see it actually flying through the queen of planets :)

Thanks for doing this, Szabolcs Nagy! And thank you, Daniel Fischer.

And after the infamous fake … here comes a *real* transit of the ISS over the planet Saturn: https://t.co/SME27Z4D5q – what a difference!

Bottom line: On the heels of the brouhaha over APOD’s publication of a fake ISS transit across the face of Saturn, here’s a video showing a real one, released January 25, 2016.