John Dobson is a hero to all who love astronomy, telescopes, and astronomy for the public.

Ever heard of the Dobsonian telescope? Or of the San Francisco Sidewalk Astronomers? The amateur astronomer John Dobson – who founded the Sidewalk Astronomers and did so much more besides – died on January 15, 2014, leaving a legacy that’s sure to endure.

John Dobson is a hero to all who love astronomy, telescopes, and astronomy for the public. He’s been called the Pied Piper of Astronomy, and the Star Monk. As described in his bio on the website of the San Francisco Sidewalk Astronomers, he is:

… arguably one the most influential personalities in amateur astronomy in the last 50 years. He has almost single-handedly revolutionized backyard astronomy by bringing it out to the street, making it accessible for anyone who has ever looked up in wonder, and asked “Why?”

Born in Peking (Beijing), China in 1915 to a family of musicians and intellectuals, Dobson joined the Vedanta Monastery in San Francisco in 1944, becoming a monk of the Ramakrishna Order. He built his first telescope in 1956 and was said to be so fascinated with what he saw that he said to himself:

Everybody’s got to see this. 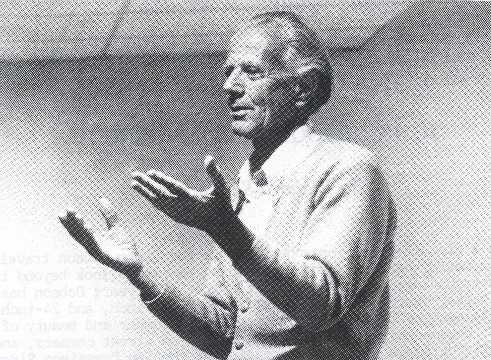 Telescopes at the time were complicated and expensive pieces of equipment, and Dobson was a monk, with no money. He ultimately developed what has come to be known as the “Dobsonian” telescope with an inexpensive mounting that’s unique is its simplicity, moving up and down, left and right. The design for these telescope mounting has been duplicated by countless amateur astronomers who wanted to find an inexpensive way to build what they needed to peer up at the night sky.

But Dobson didn’t stop there. In 1968, he founded the San Francisco Sidewalk Astronomers, who began bringing astronomy to the streets and to parks. His efforts inspired amateur astronomers around the world to share their equipment and their knowledge with the public at regular star parties. If you’ve ever attended a star party, it’s perhaps thanks to John Dobson’s early efforts.

It is with great sadness and heavy hearts that we have to report the passing of Mr John L. Dobson. He died peacefully this morning, January 15th, 2014, in Burbank, California. He was 98. John leaves behind a son, many close friends, and legions of friends, fans, and admirers around the globe.

ISAN 7 (International Sidewalk Astronomy Night) will be held in honor of John on March 8th. Amateur astronomers worldwide can join in and celebrate his life by carrying the torch that John lit back in 1968 when he co-founded the San Francisco Sidewalk Astronomers.

John was a friend and mentor to all who met him. He will be dearly missed.

A note this morning on the same page said:

… several offers of donations today to either help with John’s memorial or his final expenses, while we thank you, we don’t have any needs. What needed to be taken care of has been and we instead ask that if you want to make a donation, find a local astronomy club and assist them with outreach in some way or help a school or library get a scope they can use with the public. That is what JD would want.

Thank you, John Dobson. You will be missed.

Read a brief bio of John Dobson at sidewalkastronomers.us 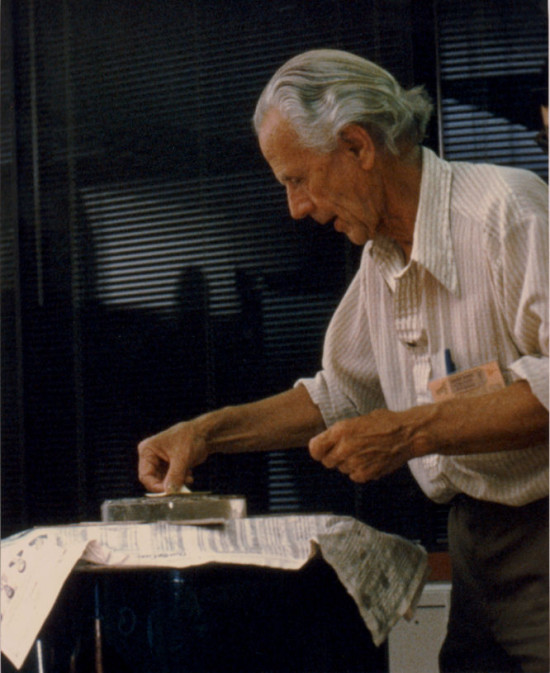 John Dobson built telescopes. His design for a simple and inexpensive telescope mounting enabled countless amateur astronomers to build their own equipment, and gaze at the stars. Photo via skywiseunlimited.com