Why do quasars twinkle?

Is it just a coincidence that some twinkling quasars are close on the sky’s dome to hot, bright stars? New research suggests a connection and an explanation for a 30-year-old mystery. 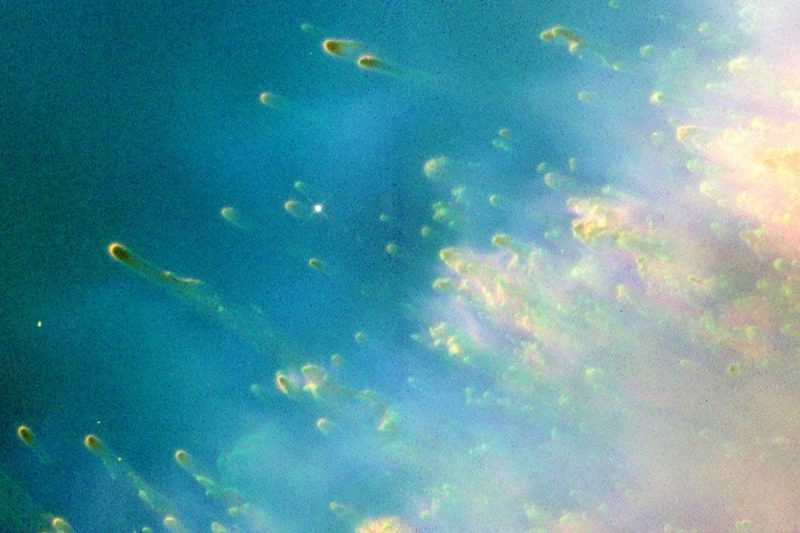 Streams of hydrogen gas globules in the Helix Nebula, imaged with the Hubble Space Telescope. Australian scientists believe this is the sort of medium through which quasar light may pass, in order to cause the phenomenon of quasar twinkling. Image via C. R. O’Dell/, K. Handron/ NASA/ Manly Astrophysics.

Australian astronomers said on June 27, 2016 that they might have solved the 30-year-old mystery of why quasars twinkle. You know how stars twinkle – or scintillate – as seen from Earth’s surface, but not from space? The reason stars twinkle relates to their tiny size as seen from Earth; stars appear as pinpoints, even through earthly telescopes. And it relates to Earth’s atmosphere; the turbulence of our atmosphere acts on streams of light from these pinpoints of stars, to cause their twinkling. Likewise, the compactness of quasars as seen from Earth might be related to their twinkling. But it’s not Earth’s atmosphere causing the twinkling. The Australian astronomers think the cause is gas filaments surrounding hot stars:

So what is quasar twinkling? Since the 1980s, it’s been seen in some quasars, most often as a small, slow changes in the quasars’ radio brightnesses. Violent twinkling also occurs in quasars, but it has proven to be rare and unpredictable. According to these astronomers’ statement, twinkling occurs among stars in our night sky:

But until now, the said, it was a mystery what those streams were and where they lay.

Why stars twinkle. The medium causing the twinkling is Earth’s atmosphere. Illustration via EnchantedLearning.com. 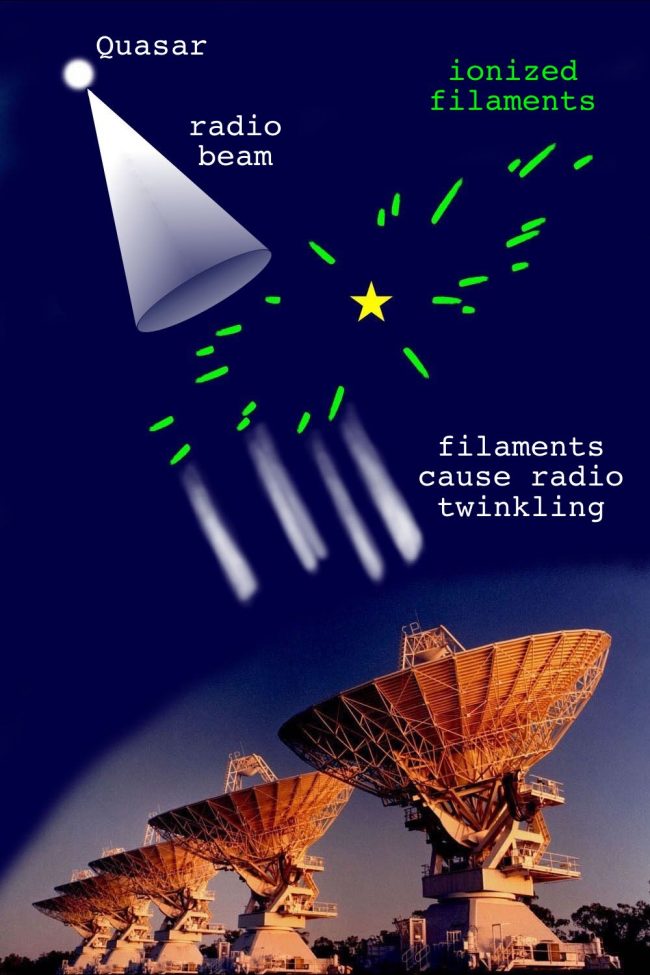 Why quasars twinkle. The medium causing the twinkling may be filaments of gas from hot stars in interstellar space. Illustration via M. Walker/ CSIRO/ Manly Astrophysics.

Walker’s team was studying quasars – powerful, distant galaxies – at radio wavelengths when they saw one called PKS 1322–110 start to dim and brighten wildly over just a few hours. They then turned the 10-meter Keck optical telescopes in Hawai’i on this object. It was at that point, said co-author Dr Vikram Ravi of Caltech that:

… we realized this quasar is very close on the sky to the hot star Spica.

Walker remembered that another violently twinkling quasar, J1819+3845, is close on the sky to the hot star Vega – something previously noted by other researchers. They asked themselves:

Walker’s team re-examined earlier data on J1819+3845 and another violent twinkler, PKS 1257–326. They found that this second quasar lies close on the sky to a hot star called Alhakim (aka Iota Centauri). The researchers said:

The chance of having both twinkling quasars near hot stars is one in ten million.

They made detailed observations of both quasars and concluded:

… the twinkling is caused by long, thin structures. 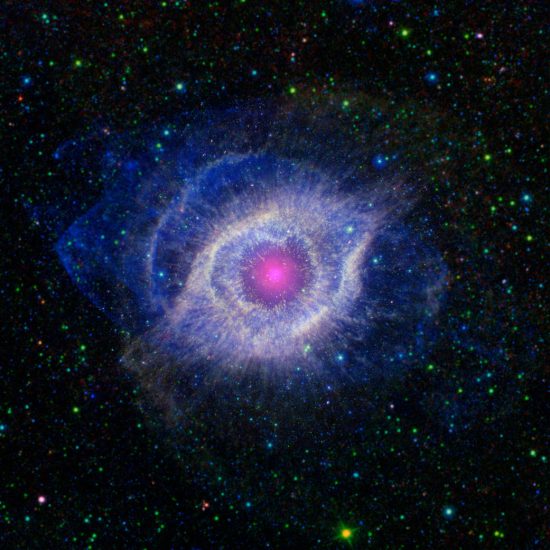 The Helix Nebula, a planetary nebula. The Helix is a dying star, whose dusty outer layers are unraveling into space, glowing from the intense ultraviolet radiation being pumped out by the hot stellar core. Image via Spitzer Space Telescope/ Galaxy Evolution Explorer (GALEX)/ NASA.

What sorts of structures? The astronomers now believe these structures are warm gas filaments, surrounding hot stars like Spica, Vega and Alhakim. They pointed to the Helix Nebula as an example of the environment through which the quasars’ light may be passing, in order to cause the twinkling:

In the Helix Nebula, a star sits in a swarm of cool globules of molecular hydrogen gas, each about as big as our solar system. Ultraviolet radiation from the star blasts the globules, giving each one a skin of warm gas and a long gas tail flowing outwards.

The star in the Helix is in its death throes, and astronomers usually assume that the globules arose late in the star’s life. But … such globules might be present around younger, mainstream stars.

If so, they could be more common in space than previously believed. And so, Walker said:

Now we’ll turn over every rock to find more signs of them. 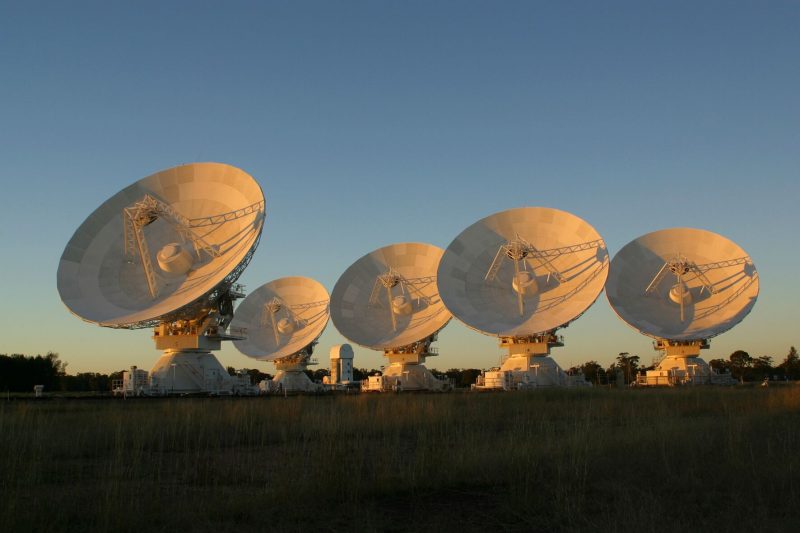 Bottom line: New research suggests a connection and an explanation for the 30-year-old mystery of why quasars twinkle.