Scientists map a pulsar for the 1st time

Using a revolutionary X-ray telescope aboard the International Space Station, scientists have finally created the 1st pulsar surface “map.” It shows odd hot spots and suggests that pulsar magnetic fields are more complicated than anyone had assumed.

New “map” of hotspots on pulsar J0030, from observations from July 2017 to December 2018. Image via Goddard Space Flight Center/ NASA.

Pulsars – the extremely dense but tiny remnants of exploded stars – have been known for decades, but remain one of the most enigmatic phenomena in the known universe. They’re not easy to study, in part due to their immense distances. Now, using a special X-ray telescope launched to the International Space Station (ISS) in 2017, scientists have been able to map a pulsar and take precise measurements of its size and mass, for the first time. These momentous findings also include odd hot spots on the pulsar’s surface.

NASA announced the findings on December 12, 2019, and these results have been published in a series of new peer-reviewed papers in a special issue of The Astrophysical Journal Letters.

Astrophysicist Paul Hertz, at NASA headquarters, said in a statement that, from its perch above Earth aboard ISS, NASA’s NICER telescope – which stands for Neutron star Interior Composition Explorer – is revolutionizing our understanding of pulsars:

Pulsars were discovered more than 50 years ago as beacons of stars that have collapsed into dense cores, behaving unlike anything we see on Earth. With NICER we can probe the nature of these dense remnants in ways that seemed impossible until now.

The researchers – two groups of scientists – used NICER observations from July 2017 to December 2018, and came up with similar results for the size and mass of the pulsar, as well as hot spots on its surface.

With the help of computer simulations, NICER found three million-degree hot spots on the pulsar, all in its southern hemisphere, but the spots didn’t look like what textbooks had predicted. One spot was small and circular, while another was longer and crescent-shaped. The third spot, a bit cooler, was slightly askew of the pulsar’s south rotational pole. Previous models had suggested that the locations and shapes of the spots would vary more.

This is the first time that such surface features have been positively identified on a pulsar. The findings indicate that pulsar magnetic fields are more complicated than the traditional two-pole model had implied.

View larger. | Simulation of a possible quadrupole magnetic field configuration – 2 pairs of oppositely charged poles – for a pulsar with hot spots only in its southern hemisphere. The new pulsar map suggests that pulsar magnetic fields are more complicated than anyone knew. Image via Goddard Space Flight Center/ NASA.

NICER was also able to determine a pulsar’s size and mass much more accurately than ever before.

One of the research teams, led by Thomas Riley, a doctoral student in computational astrophysics, and his supervisor Anna Watts, a professor of astrophysics at the University of Amsterdam, found that the pulsar is about 1.3 times the sun’s mass and 15.8 miles (25.4 km) across.

The second team, led by Cole Miller, an astronomy professor at the University of Maryland, came up with very similar results: 1.4 times the sun’s mass and about 16.2 miles (26 km) wide. Riley said:

When we first started working on J0030, our understanding of how to simulate pulsars was incomplete, and it still is. But thanks to NICER’s detailed data, open-source tools, high-performance computers and great teamwork, we now have a framework for developing more realistic models of these objects.

NICER’s unparalleled X-ray measurements allowed us to make the most precise and reliable calculations of a pulsar’s size to date, with an uncertainty of less than 10%. The whole NICER team has made an important contribution to fundamental physics that is impossible to probe in terrestrial laboratories. 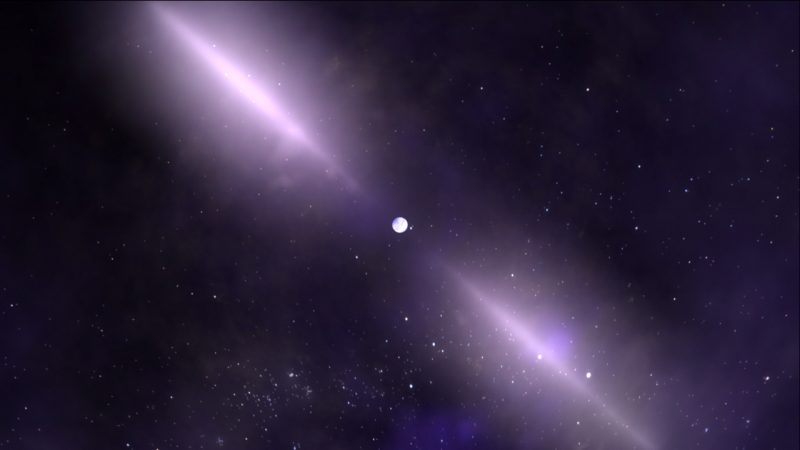 NICER is so accurate it can measure the arrival of each X-ray from a pulsar to better than a hundred nanoseconds (one nanosecond is a billionth of a second). That precision is about 20 times greater than any previously available.

Pulsars are the rapidly spinning, dense and tiny remnants of stars that exploded in a supernova. They are one type of neutron star and can spin up to hundreds of times per second, sweeping beams of radiation energy toward us with every rotation. J0030 revolves 205 times per second.

Pulsars are unimaginably dense; their gravity actually warps nearby space-time, the “fabric” of the universe as described by Einstein’s general theory of relativity. Their rotations are so regular, that it was first thought that they might be evidence of extraterrestrial intelligence, until it was determined they were a natural phenomenon.

Scientists now want to determine the masses and sizes of several more pulsars besides J0030. By doing so, they can better understand the state of matter in the cores of such neutron stars. The pressures and densities are well beyond anything that can be replicated in laboratories on Earth. According to Zaven Arzoumanian, NICER science lead at NASA’s Goddard Space Flight Center:

It’s remarkable, and also very reassuring, that the two teams achieved such similar sizes, masses and hot spot patterns for J0030 using different modeling approaches. It tells us NICER is on the right path to help us answer an enduring question in astrophysics: What form does matter take in the ultra-dense cores of neutron stars? 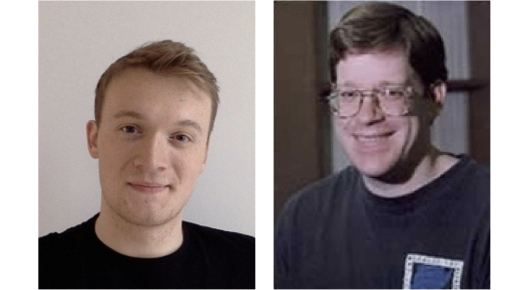 The new findings are a breakthrough in pulsar and neutron star research, and will help scientists learn more about these very mysterious objects. For more, check out the video below.

Bottom line: For the first time ever, scientists have created a “map” of the surface of a pulsar, showing odd hot spots, and have obtained the most accurate measurements of the size and mass of one of these objects.

Source: Focus on NICER Constraints on the Dense Matter Equation of State