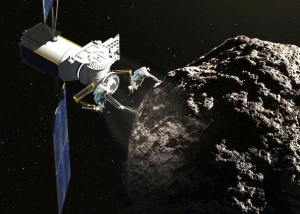 In 2010, President Obama set a goal for NASA of sending a team of astronauts to visit a near-Earth asteroid (NEO) by 2025. But rather then propelling humans on a dangerously long journey into interplanetary space, why not bring the asteroid here and place it in orbit around the moon? That idea has found its way into Obama’s proposed budget for fiscal year 2014.

Thank you! Your submission has been received!
Oops! Something went wrong while submitting the form.
END_OF_DOCUMENT_TOKEN_TO_BE_REPLACED