Neruda wrote: “Every day you play with the light of the universe.” 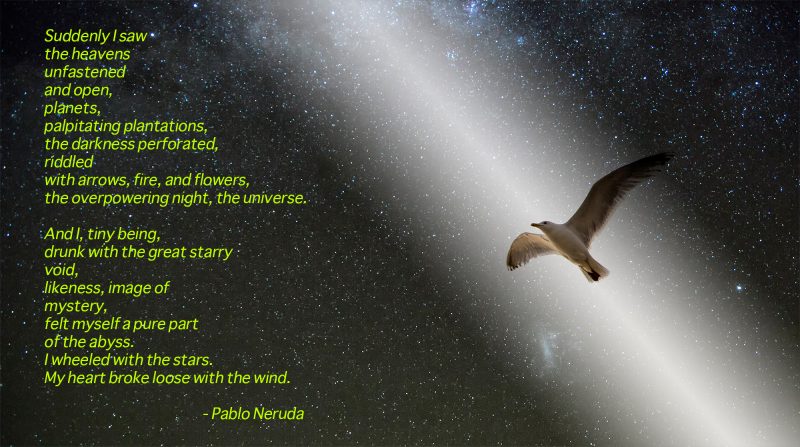 September 23, 1973. The great Chilean poet Pablo Neruda (1904-1973) died on this date, 45 years ago. A few years ago, astronomer Michael West of Lowell Observatory sent the image above. He wrote:

Astronomical imagery often figured in Neruda’s poetry, for example one of his poems begins: Every day you play with the light of the universe.

Another poem titled The Future is Space describes black space with room for many dreams.

In the attached composite image (made from photos I took in Chile) I’ve included a portion of Neruda’s poem titled La Poesia in which the Nobel Prize winner described the feeling of discovering poetry as a youth, comparing it to the beauty of the universe.

… As you know, Neruda’s homeland of Chile, which he loved, is now home to many of the world’s greatest telescopes, including the future European Southern Observatory Extremely Large Telescope (ELT) and the Giant Magellan Telescope (GMT). 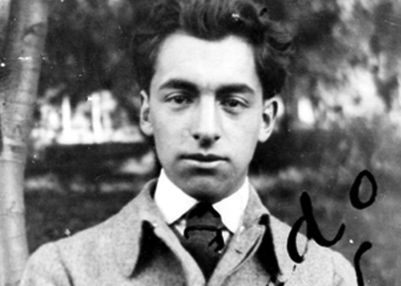 Pablo Neruda as a young man. Read more about him.

Bottom line: September 23, 1973, was the day that the great Chilean poet, Pablo Neruda, died. Today we honor his connection to astronomy.