Plus the Dawn spacecraft will remain at Ceres, and 7 other NASA craft have the green light for continued operations through fiscal years 2017 and 2018. 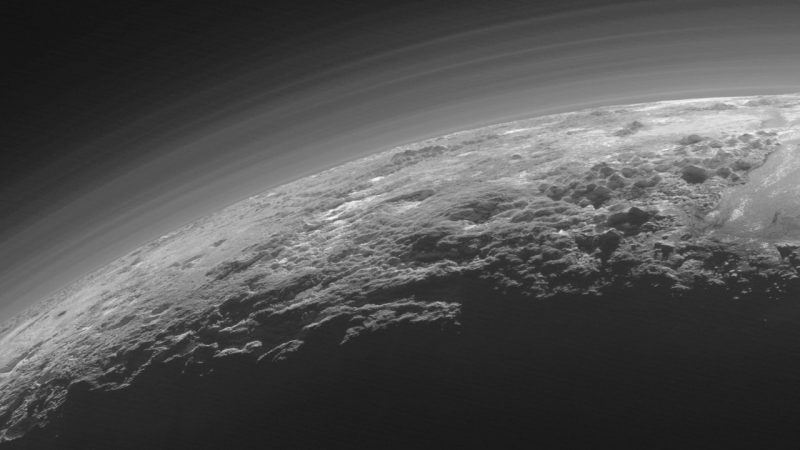 Just 15 minutes after sweeping closest to Pluto on July 14, 2015, the New Horizons spacecraft looked back and captured this near-sunset view of rugged, icy mountains and flat ice plains extending to Pluto’s horizon. Image via NASA/JHUAPL/SwRI/New Horizons.

In a late-day Friday announcement on July 1, 2016, NASA said that the first-ever spacecraft to visit the dwarf planet Pluto – NASA’s New Horizons spacecraft – has received the nod to fly onward to an object deeper in the Kuiper Belt, known as 2014 MU69. This object had not even been discovered when New Horizons was launched in 2006.

The New Horizons mission to Pluto exceeded our expectations and even today the data from the spacecraft continue to surprise. We’re excited to continue onward into the dark depths of the outer solar system. 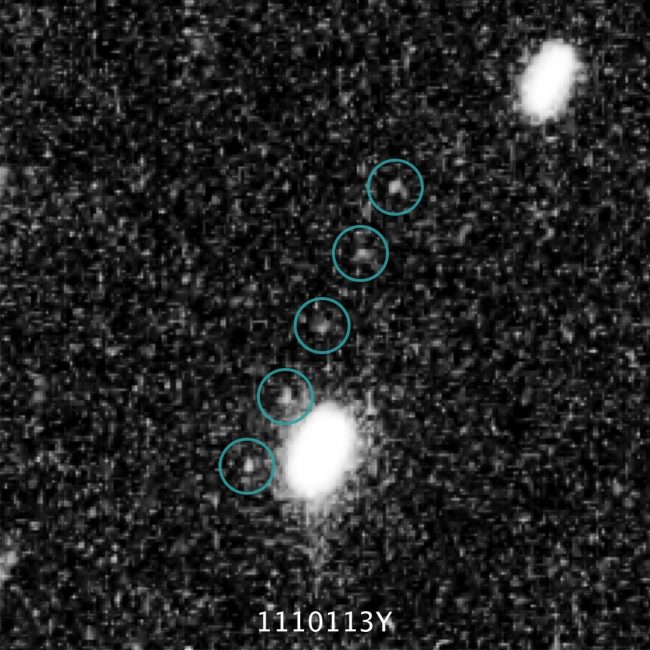 An annotated overlay of 5 Hubble Space Telescope Wide Field Camera 3 discovery images of 2014 MU69 taken on June 24, 2014. The images were taken at 10-minute intervals. The positions of 2014 MU69 in the 5 images are shown by the green circles. Image via Wikimedia Commons.

NASA also announced this week that – Based upon the 2016 Planetary Mission Senior Review Panel report – it has directed nine extended missions to plan for continued operations through fiscal years 2017 and 2018. However, NASA said:

Final decisions on mission extensions are contingent on the outcome of the annual budget process.

In addition to the extension of the New Horizons mission, NASA determined that the Dawn spacecraft should remain at the dwarf planet Ceres, rather than changing course to the main belt asteroid Adeona.

The long-term monitoring of Ceres, particularly as it gets closer to perihelion – the part of its orbit with the shortest distance to the sun – has the potential to provide more significant science discoveries than a flyby of Adeona. 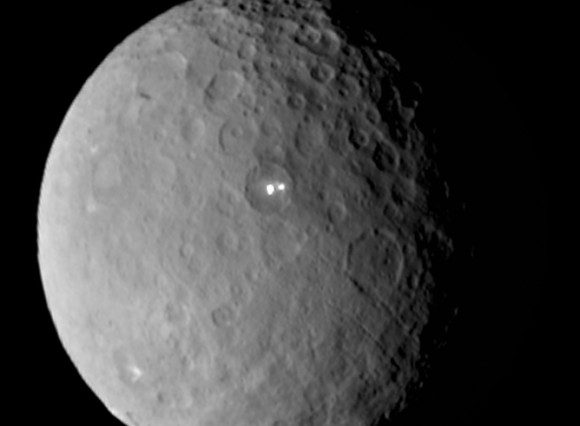 The famous Ceres bright spots, seen by Dawn. They turned out to be salt deposits on the surface of this little world. Image via NASA