NASA says this is New Horizons’ last major crossing en route to becoming the first probe to make a close encounter with distant Pluto on July 14, 2015. 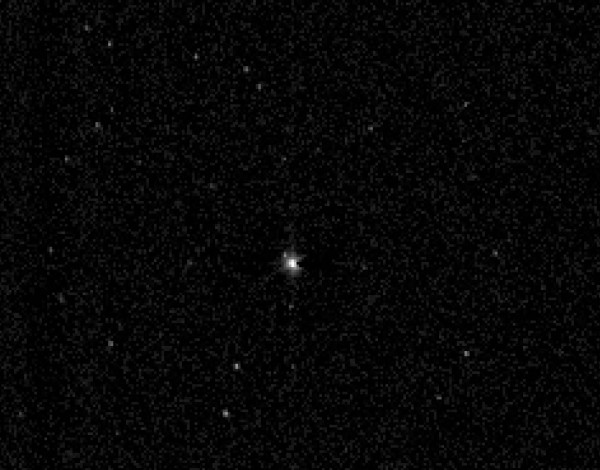 On August 25, 2014, the Pluto-bound New Horizons spacecraft is crossing the orbit of the 8th planet in our solar system, Neptune. NASA says this is New Horizons’ last major crossing en route to becoming the first probe to make a close encounter with distant Pluto on July 14, 2015. While traveling toward Pluto earlier this summer, New Horizons spacecraft imaged the very distant Neptune and Triton using the LORRI (LOng Range Reconnaissance Imager) camera from a distance of 3.957 billion kilometers / 2.457 billion miles. Triton is visible at the 10 o’clock position in relation to Neptune.

New Horizons, which has been traveling through space en route to Pluto since January 2006, reached Neptune’s orbit in what NASA says is “a record eight years and eight months.”

The feeling 25 years ago was that this was really cool, because we’re going to see Neptune and Triton up-close for the first time. The same is happening for New Horizons. Even this summer, when we’re still a year out and our cameras can only spot Pluto and its largest moon as dots, we know we’re in for something incredible ahead. 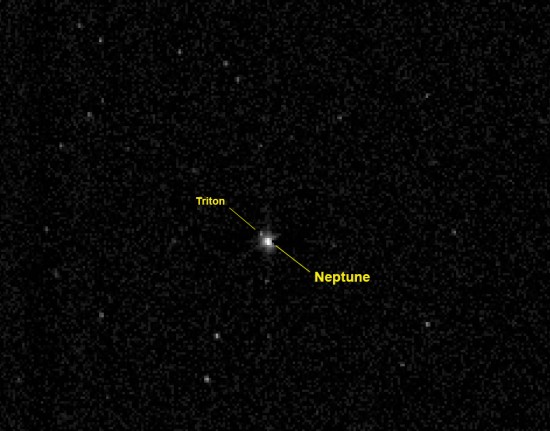 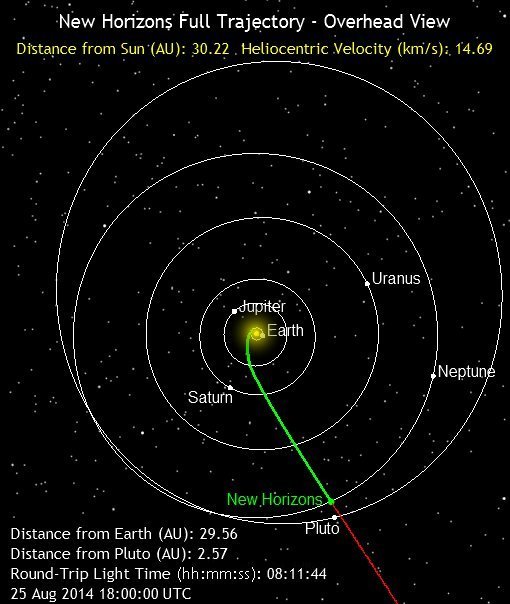 Follow New Horizons on the final leg of its long journey to Pluto via Where Is New Horizons? from Johns Hopkins University.