The launch took place at approximately 8:15 p.m. (EST) on November 19, from the Wallops Flight Facility in eastern Virginia.

Many in the U.S. East last night (November 19, 2013) saw and captured photos of the successful launch of a Minotaur I rocket, carrying the ORS-3 mission into low-Earth orbit. The photos below are from EarthSky friends on Google+ and Facebook. Thanks everybody!

Orbital Sciences Corporation, a leading space technology company, launched the satellite, which is a mission of the U.S. Department of Defense. The launch took place at approximately 8:15 p.m. (EST) last night, from the Mid-Atlantic Regional Spaceport at NASA’s Wallops Flight Facility in eastern Virginia.

The mission marks the 25th launch for the Minotaur rocket (all successful) and the sixth Minotaur launched from Wallops. 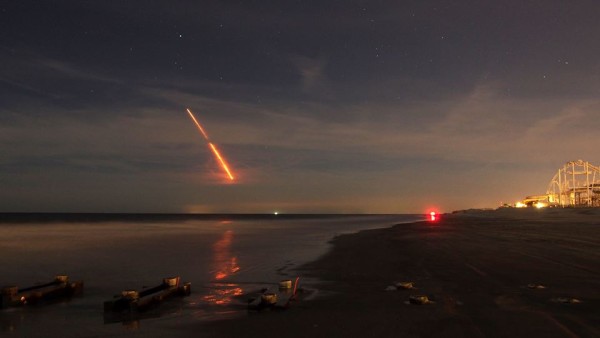 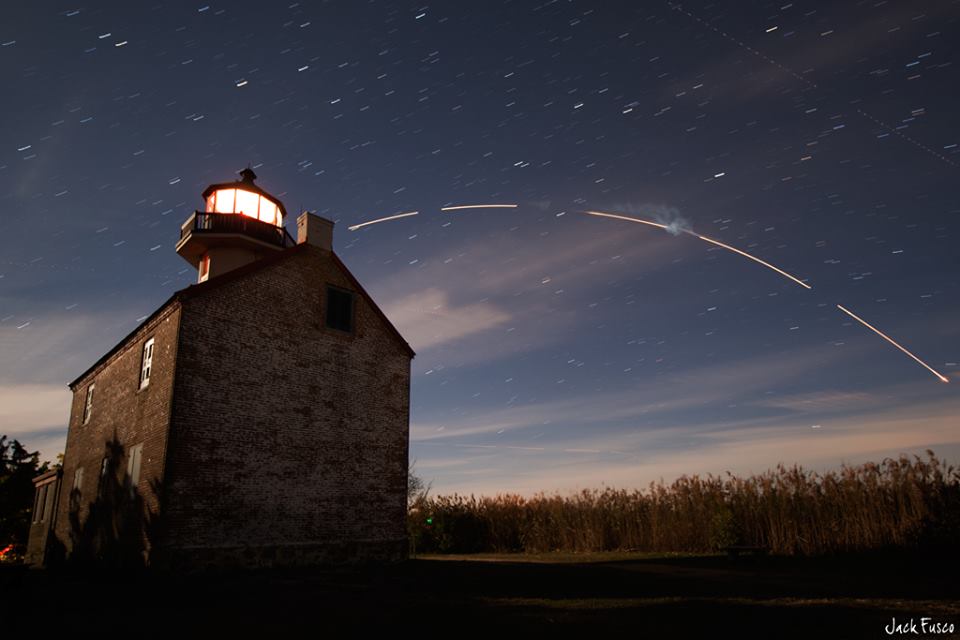 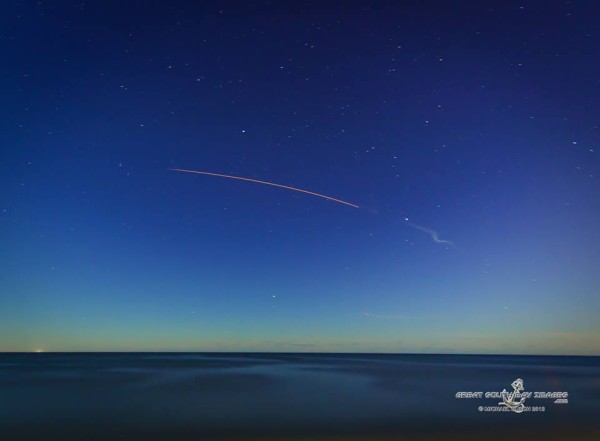 ORS-3 launch as captured by Michael Busch. Notice the smoke trail. Thanks, Michael! 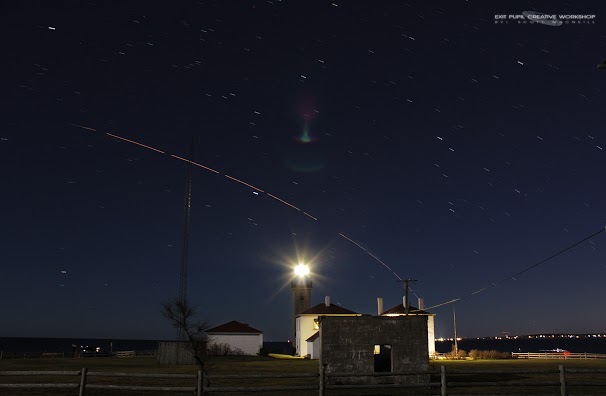 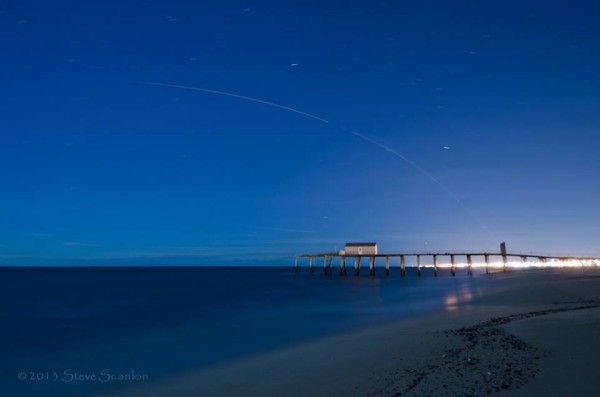 Steve Scanlon caught the launch from Belmar, N.J. The Belmar Fishing Pier is in the foreground. Visit Steve Scanlon Photography. 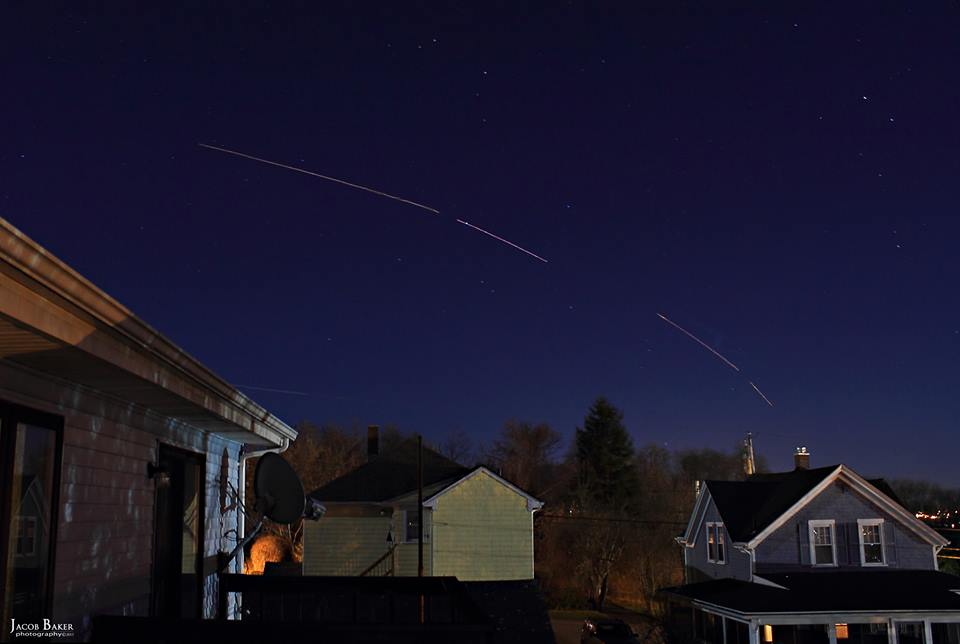 Bottom line: Many along the U.S. eastern coast last night saw or captured photos of the launch of a Defense Department mission, called ORS-3, into low-Earth orbit. The mission marks the 25th launch for the Minotaur rocket (all successful) and the sixth Minotaur launched from NASA’s Wallops Flight Facility in eastern Virginia.