Photos from friends: Jupiter and moon awesome in late November 2012

In late November, with Jupiter a week away from being closest to Earth for 2012, full moon swept past Jupiter. Enjoy the photos from EarthSky Facebook friends.

The planet Jupiter – largest planet in our solar system and second-brightest planet in our night sky – is now nearly at its closest to Earth for all of 2012. Earth will pass between the sun and Jupiter next week (Jupiter opposition December 2-3, 2012) and Jupiter will be closest to us the day before that (Jupiter closest December 1, 2012 – closer in fact than until 2021). So Jupiter, always very bright, is at its brightest around now! Plus, because it’s nearly opposite the sun from Earth, the November 2012 full moon appeared near Jupiter in the night sky. In fact, the moon has appeared near Jupiter for several nights, and if you look up on the nights of November 29 or 30, you’ll find Jupiter still as the brightest object near the moon. Here are some photos of the moon and Jupiter from EarthSky Facebook friends. We hope you enjoy them.

By the way, these just a few of the many fine Jupiter-moon photos posted over the past few days at EarthSky Facebook. I wish I could have posted them all! To see more, click on Recent Posts by Others on our page. Many, many thanks to all who posted. 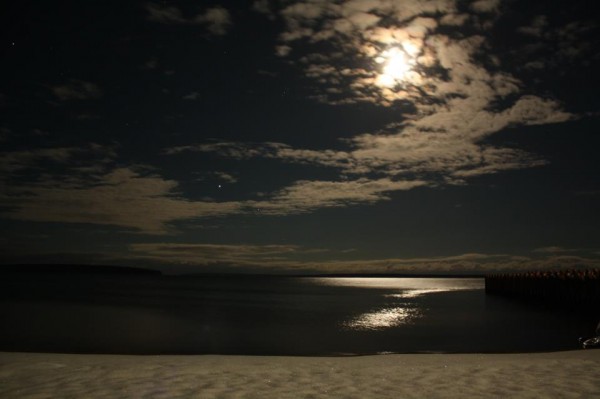 By November 26, 2012, our friends on Facebook were already posting shots of Jupiter near the moon. Here they are over Lake Superior in northern Wisconsin from our friend Migizi Gichigumi. Thank you, Migizi! 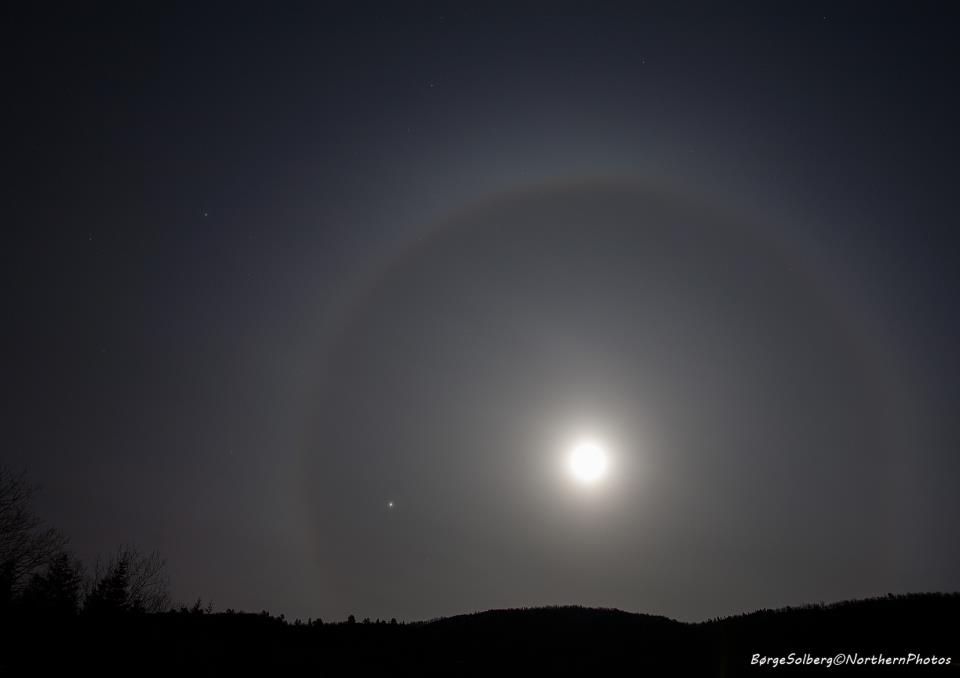 This awesome image is from November 27, 2012. It comes from our friend Sorge Solverg in northern Norway and shows Jupiter left of the moon, with both surrounded by a lunar halo. Read more about lunar halos here. Thank you Borge! Click here to expand this image. 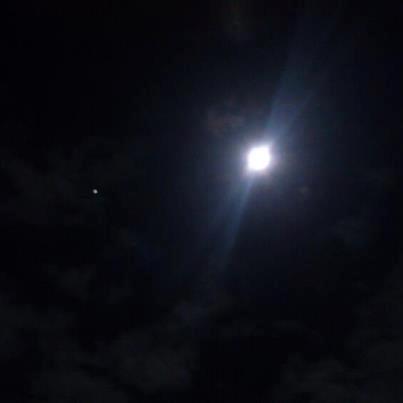 Here’s Jupiter (left) and the moon on the night of November 27, from our friend Kellyann Nolan. Thanks, Kellyann! 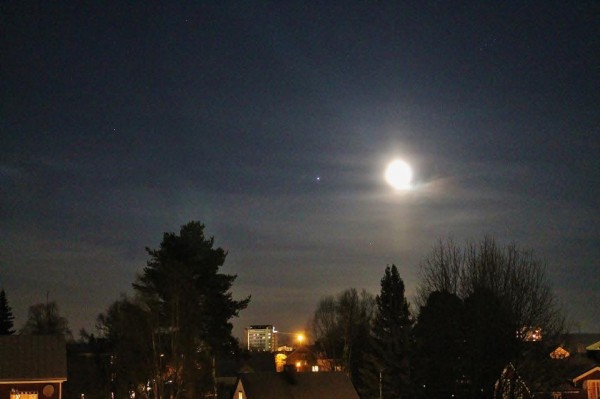 And they just kept getting closer. Here are Jupiter and the almost full moon on the morning of November 28, 2012, when they were nearly at their closest. This one is from our friend Birgit Boden in northern Sweden. 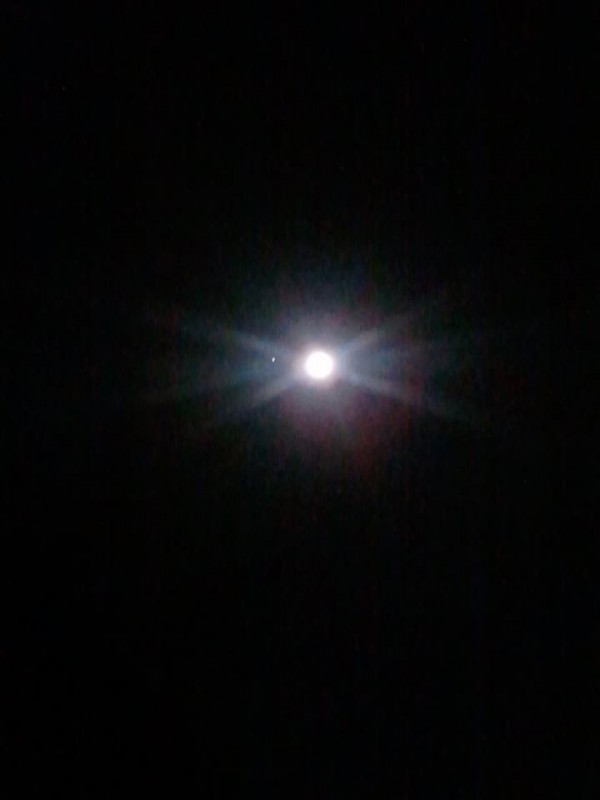 This photo really captures how close they appeared to the eye on the evening of November 28, 2012. It’s from EarthSky Facebook friend Stephen Sutton in Bristol, U.K. Thanks, Stephen! 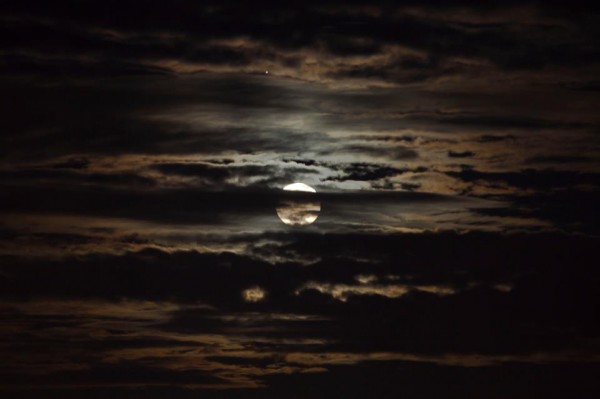 The moon and Jupiter were so bright and prominent on November 28 that you could see them through some amount of cloud. Photo by Cattleya Flores Viray in San Diego. 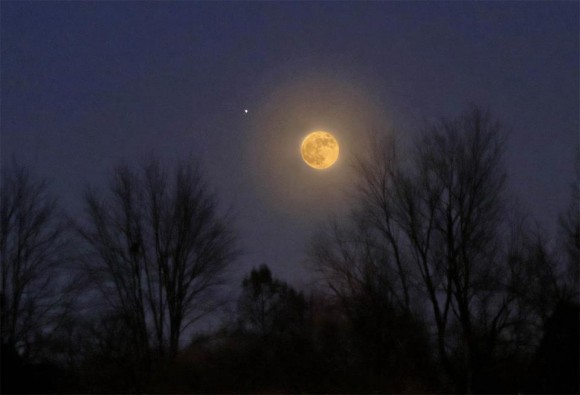 Taken on November 28, by Duke Marsh, who said, “Full Beaver Moon with Jupiter nearby, taken shortly after they had risen this evening.” 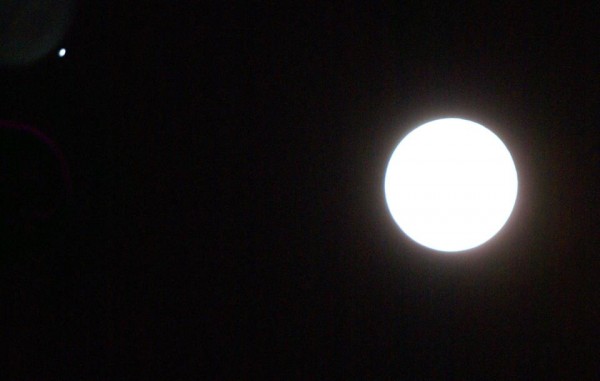 Jupiter and moon on November 28, 2012 from our friend Craig Hicks in the U.K. Thanks Craig! 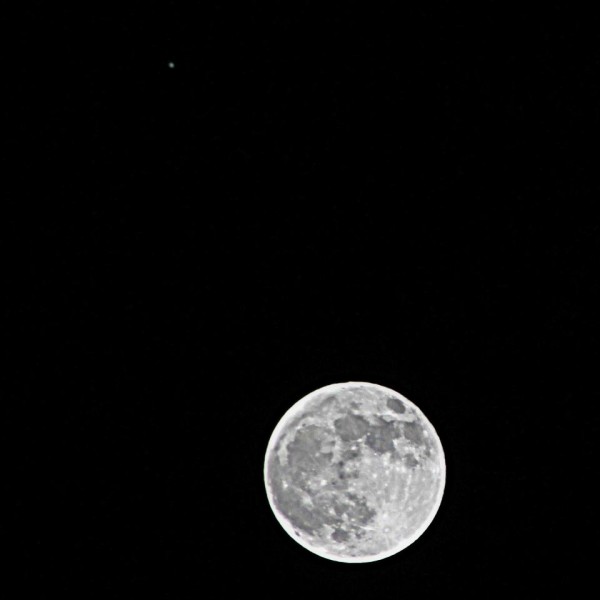 A great telescopic shot of the moon and Jupiter on November 28, 2012 from EarthSky Facebook friend Eileen Claffey. Many thanks, Eileen! 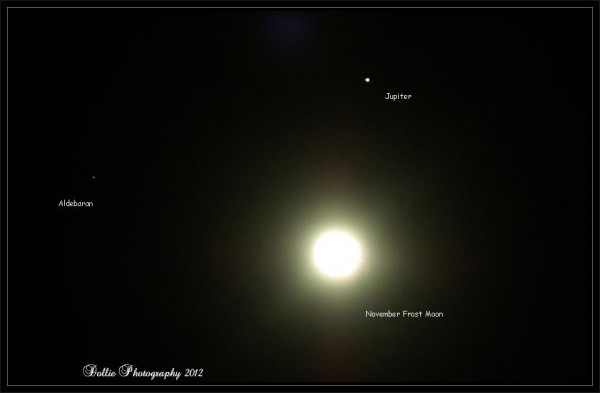 Jupiter wasn’t the only object near the moon on November 28. In fact, Jupiter is now in a part of the night sky that’s loaded with bright stars. When we look at this region of space, we’re looking into the spiral arm of the galaxy in which our own sun resides. This good photo is from our friend Dolly Navina Lakra in Jamshedpur, India. Thank you, Dolly! 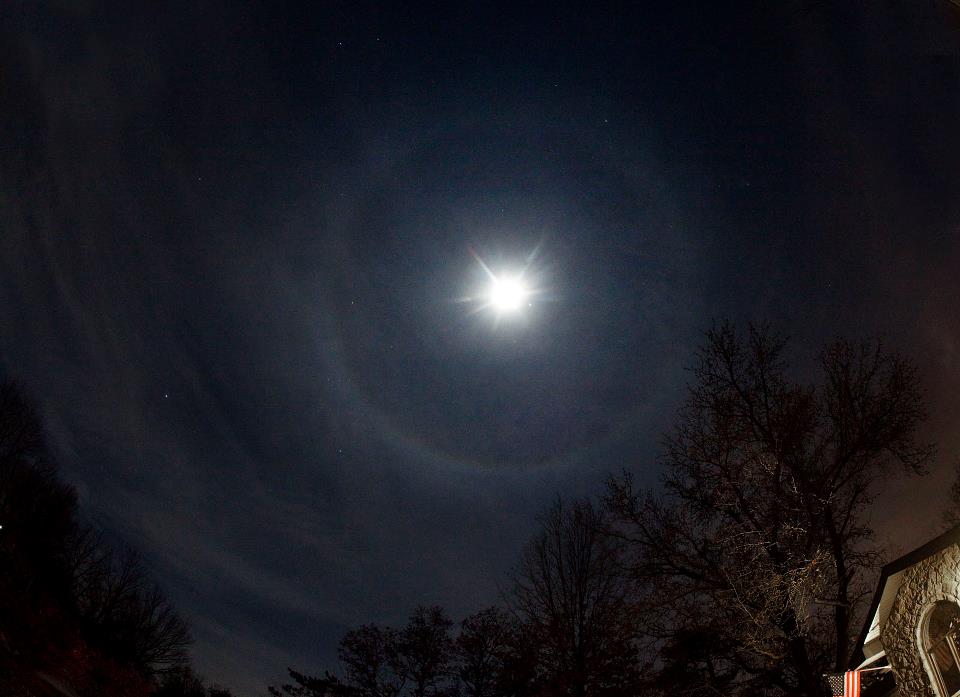 A wide field view of the moon – surrounded by a lunar halo, with many bright stars visible – with Jupiter just visible as the bright object to the right of the moon, nearly buried in its glare. This photo is from our friend Denise Talley in Lee’s Summit, Missouri. Many thanks, Denise! Click here to expand this image.

Bottom line: Jupiter is closest to Earth for 2012 on December 1. Earth passes between the sun and Jupiter on December 2-3. In late November 2012, Jupiter appears as the bright object near the full moon. Enjoy these photos from EarthSky Facebook friends.

Earth passes between Jupiter and sun on December 2-3, 2012