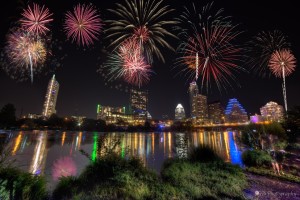 This is a composite photo made in different steps. The Skyline photo is a 6 image HDR photo I made in Photomatix Pro; and the Fireworks were added through photoshop (5 fireworks and one reflected firework on the lake).Unfortunately, the location from where the fireworks were going to be launched didn’t seemed to be known by anyone so the actual fireworks were shot just to the left of the frame.If you like this image you might want to like/subscribe to my Facebook page on Facebook to keep up with my newest work.Please don’t use any of my photos without permission. Sharing is OK as long as you link back to my page.

Thank you! Your submission has been received!
Oops! Something went wrong while submitting the form.
END_OF_DOCUMENT_TOKEN_TO_BE_REPLACED