Our sun now has a brother star, the first one ever found

These astronomers say there’s a “small, but not zero” chance that brother stars to our sun could host planets that harbor life. 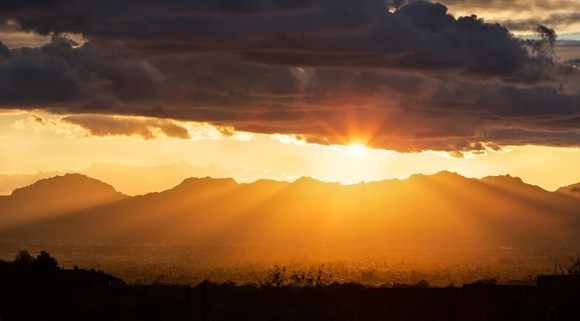 Kurt Harvey in Arizona contributed this photo. Thank you, Kurt!

Astronomers at University of Texas have identified the first sibling of our sun. We knew our sun had siblings; in other words, we knew the sun was born from a large cloud of gas and dust in space from which other stars doubtless emerged as well. But this is the first brother star to the sun astronomers have pinpointed so far. Astronomer Ivan Ramirez led the team that found the sun’s brother star. He says his technique will help other astronomers find other solar siblings. The work will be published in the June 1, 2014 issue of The Astrophysical Journal. Ramirez said:

We want to know where we were born. If we can figure out in what part of the galaxy the sun formed, we can constrain conditions on the early solar system. That could help us understand why we are here.

Additionally, there is a chance, “small, but not zero,” Ramirez said, that these solar sibling stars could host planets that harbor life. In their earliest days within their birth cluster, he explains, collisions could have knocked chunks off of planets, and these fragments could have travelled between solar systems, and perhaps even may have been responsible for bringing primitive life to Earth. Or, fragments from Earth could have transported life to planets orbiting solar siblings. Ramirez said:

So it could be argued that solar siblings are key candidates in the search for extraterrestrial life.

The solar sibling his team identified is a star called HD 162826, a star 15 percent more massive than the Sun, located 110 light-years away in the constellation Hercules. The star is not visible to the unaided eye, but easily can be seen with low-power binoculars, not far from the bright star Vega. 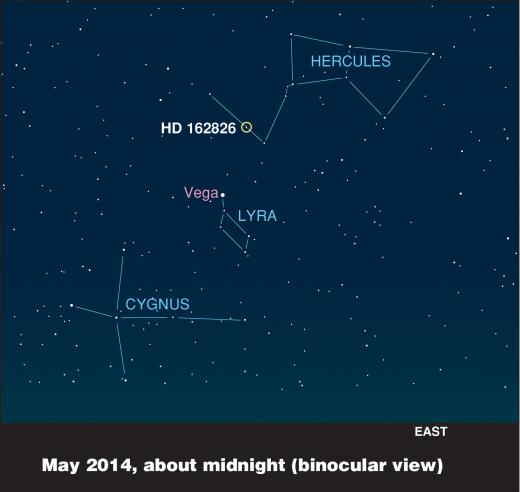 The star HD 162826 is probably a “solar sibling,” that is, a star born in the same cloud of gas and dust as our sun. It’s the first solar sibling ever found. The sun’s brother is not visible to the unaided eye, but can be seen with low-power binoculars. It is 110 light-years away in the constellation Hercules, and appears not far from the bright star Vega in the night sky. Image via Ivan Ramirez/Tim Jones/McDonald Observatory

The team identified HD 162826 as the Sun’s sibling by following up on 30 possible candidates found by several groups around the world looking for solar siblings. Ramirez’ team studied 23 of these stars in depth with the Harlan J. Smith Telescope at McDonald Observatory, and the remaining stars (visible only from the southern hemisphere) with the Clay Magellan Telescope at Las Campanas Observatory in Chile. All of these observations used high-resolution spectroscopy to get a deep understanding of the stars’ chemical make-up.

But several factors are needed to really pin down a solar sibling, Ramirez said. In addition to chemical analysis, his team also included information about the stars’ orbits — where they had been and where they are going in their paths around the center of the Milky Way galaxy. The team’s experts in this field, which is called “dynamics,” are A. T. Bajkova of the Pulkovo Astronomical Observatory in St. Petersburg, Russia, and V. V. Bobylev of St. Petersburg State University.

Combining information on both chemical make-up and dynamics of the candidates narrowed the field down to one: HD 162826.

Read more about the sun’s sibling star from McDonald Observatory