Posted by Deborah Byrd and Eleanor Imster in Space | September 8, 2016 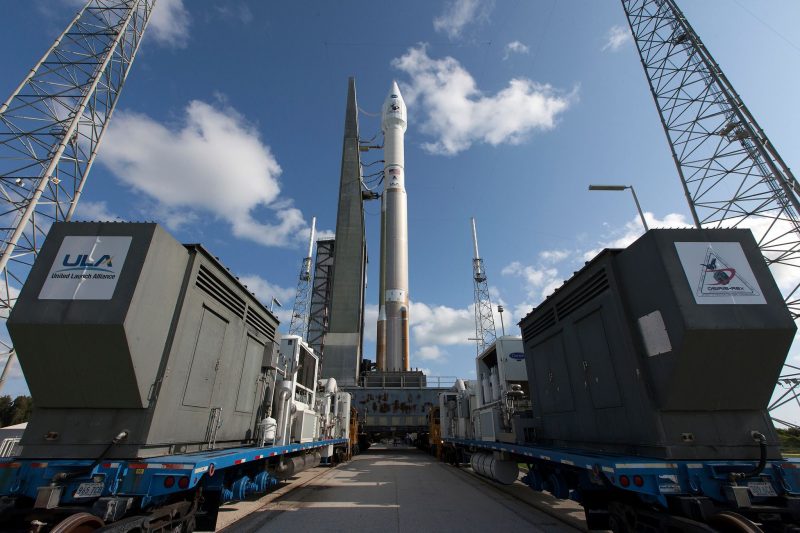 OSIRIS-REx on the launch pad, via the mission’s Facebook page.

The first U.S. mission to travel to an asteroid, retrieve samples and return them to Earth is targeted for launch on Thursday, September 8, 2016. The OSIRIS-REx mission (Origins, Spectral Interpretation, Resource Identification, Security-Regolith Explorer) is scheduled to launch from Cape Canaveral Air Force Station in Florida at 7:05 p.m. EDT (2305 UTC; translate to your time zone).

OSIRIS-REx is a seven-year sample return mission to near-Earth asteroid Bennu. The orbit of this asteroid brings it near Earth occasionally, for good or ill (good because asteroids contain possible useful resources, ill because earthly astronomers have come to realize that asteroids can and do sometimes collide with Earth). NASA said the OSIRIS-REx mission will:

… help scientists investigate how planets formed and how life began, as well as improve our understanding of asteroids that could impact Earth. 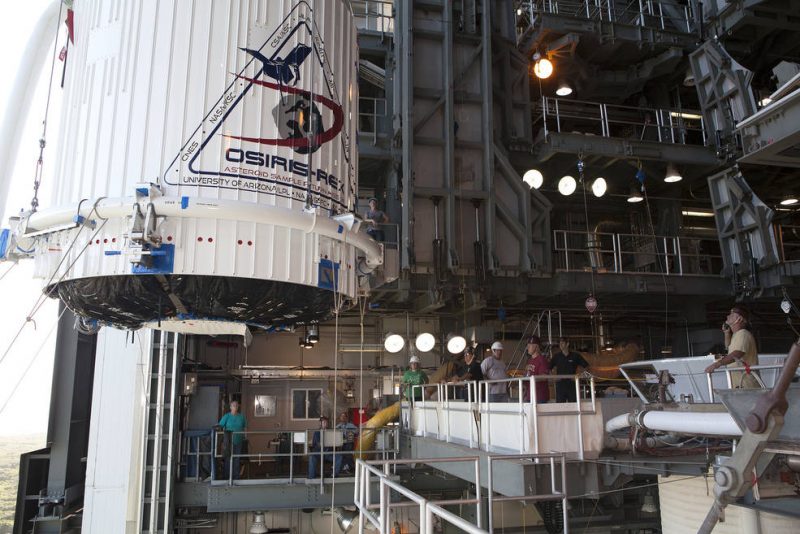 The OSIRIS-REx spacecraft, enclosed in a payload fairing, is lifted Aug. 29 at Space Launch Complex 41 at Cape Canaveral Air Force Station in Florida. The United Launch Alliance Atlas V rocket that is to lift OSIRIS-REx into space was stacked at SLC-41 so the spacecraft and fairing could be hoisted up and bolted to the rocket. Image via NASA/Dimitri Gerondidakis 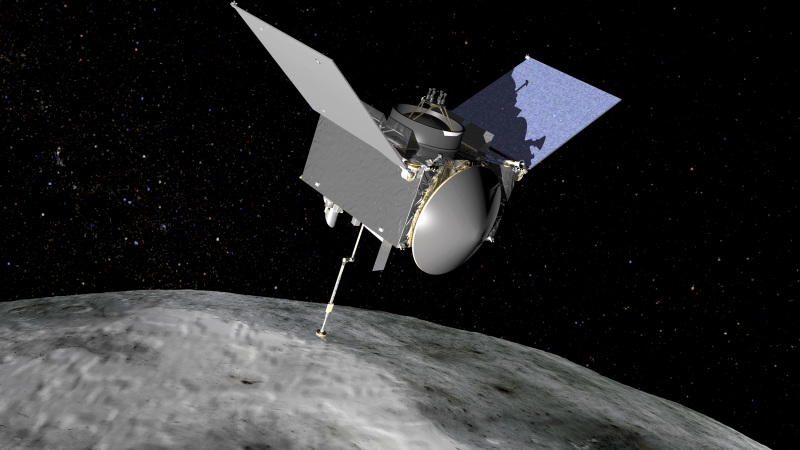 OSIRIS-REx will launch aboard an Atlas V 411 rocket and reach its asteroid target in 2018. It’ll survey Bennu to characterize the asteroid and locate the most promising sample sites.

Then the mission will collect between 2 and 70 ounces (about 60 to 2,000 grams) of surface material with its robotic arm and return the sample to Earth via a detachable capsule in 2023.

The video below provides a good overview of the mission:

One of the most important instruments that’ll travel aboard this mission, with respect to the sample return, is OLA (the OSIRIS-REx Laser Altimeter). Contributed by Canadian Space Agency, it’s a laser ranging instrument that’ll be used to measure the precise distance between the spacecraft and Bennu’s surface. That’s key to enabling the mission’s robotic arm touch down on the asteroid correctly, in order to collect a sample. The video below has more …

The launch of OSIRIS-REx is the beginning a seven-year journey to return pristine samples from asteroid Bennu. The team has built an amazing spacecraft, and we are well-equipped to investigate Bennu and return with our scientific treasure.

Read more from NASA about OSIRIS-REx.

By the way, a private company called Deep Space Industries of Mountain View California also has plans to launch an asteroid mission, with the long-term ambitious goal of mining asteroids for resources. Deep Space Industries said on August 9, 2016 that it plans to launch a small satellite by the end of the decade to survey another near-Earth asteroid. That mission is called Prospector-1, and you can read about it here, or here. 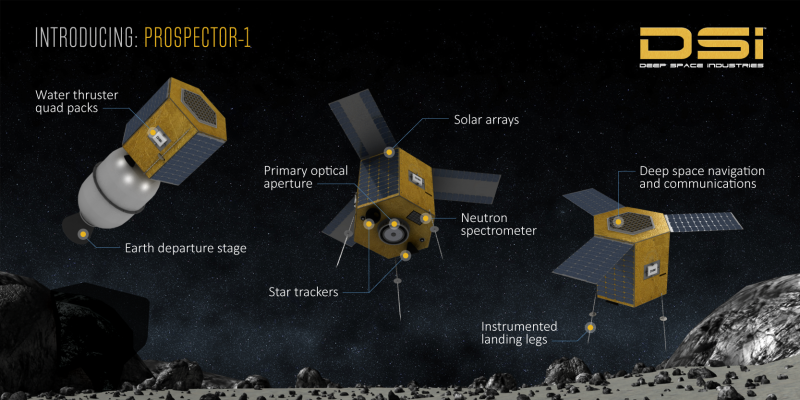 Bottom line: On September 8, 2016, NASA’s OSIRIS-REx mission is scheduled to launch from Cape Canaveral, Florida. The mission plan is to visit near-Earth asteroid Bennu and bring a sample of the asteroid back to Earth.