What are the odds aliens exist?

The star KIC 8462852 continues to display strange behavior, baffling astronomers and prompting speculation – and these musings – about advanced aliens. 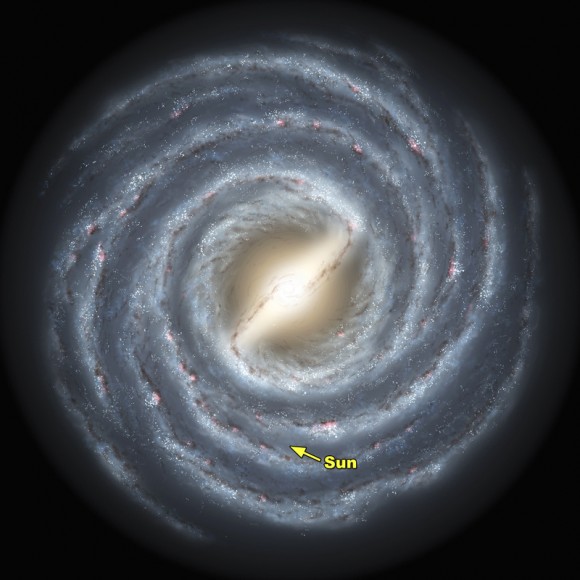 Our sun is located about two-thirds of the way out from the center of the Milky Way galaxy. There are 100 billion suns in our Milky Way. Illustration via Caltech.

Recently the star KIC 8462852 (aka Tabby’s Star) has made news again because of its strange behavior. Possible explanations for its varying brightness (such as comets) don’t seem to fit the observational data, which has some speculating that the star’s behavior could be explained by the presence of an alien civilization. While many astronomers admit that is a possibility, they don’t think aliens are the likely cause. For one, mysterious behavior is not enough to conclude the cause is aliens. For another, the likelihood that an alien civilization actually exists is still a matter of some debate.

When Drake first proposed the equation, the values for each term were largely unknown, but we now have good estimates for many of them. We know that most stars have planets, and the odds of a potentially habitable planet is actually quite high, possibly as high as 100 billion in our galaxy alone.

Unfortunately the really important factors of the Drake equation are still completely unknown. On how many potentially habitable planets does life actually arise? How many of those give rise to civilizations? How long does a typical civilization last? No idea. Depending on the answer to those questions the number of civilizations in our galaxy could range from hundreds of thousands to only one.

The equation was never intended to give an absolute number, though it is often used that way. There are also alternatives such as the Sara Seager’s equation, which focuses on our ability to detect civilizations indirectly rather than requiring active communication. Just because an alien civilization is quiet, that doesn’t mean we can’t see evidence for them. Seager’s approach is to focus on stable red dwarf stars with known potentially habitable worlds. Since red dwarf stars are by far the most common, the odds that we’d find alien life near such a star is higher. She then focuses on planets that transit their home star from our vantage point and are near enough that we have a chance of observing the effects of the planet’s atmosphere on the star’s light. She estimates that there might be two inhabited worlds might be detectable in the next ten years.

Of course this presumes that life forms readily on a habitable planet and survives billions of years, which might not be the case. 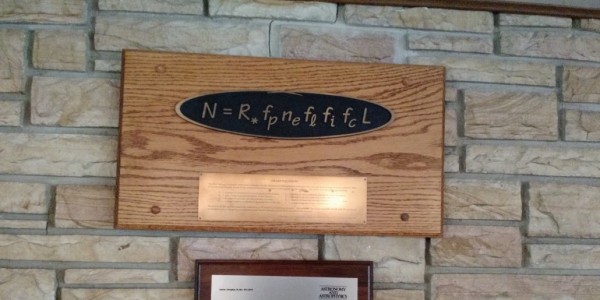 The famous Drake equation, formulated by Frank Drake in the 1960s. It brings together key factors to consider when estimating the number of active, communicative extraterrestrial civilizations in our Milky Way galaxy.

What make’s Tabby’s Star particularly interesting is that it hints at being evidence of an artificial structure the size of a solar system, such as a Dyson sphere, which is something only highly advanced civilizations could create. Of course the big underlying assumption here is that the more advanced a civilization is, the more likely it will build such a structure. The idea was first presented by Nikolai Kardashev in 1964, who proposed a classification of civilizations based upon their energy use. Type I civilizations harness the resources of their home planet, such as humans today. Type II harness almost the full energy of their home star, possibly through technology such as Dyson spheres. Species within the Star Trek universe would typically be Type II. Type III are civilizations that can harness the energy of an entire galaxy, such as the Asgard of the Stargate universe.

Carl Sagan later generalized the Kardashev scale to a logarithmic function of energy use, and estimated that we were at about 0.7.

The Kardashev scale presumes that more advanced civilizations will necessarily demand more energy. Humans have so far lent credence to this idea, since our modern global civilization consumes much more energy than earlier agrarian civilizations. If our human population and demands for technological convenience grows, we will likely expand out into the solar system with a continued rise in energy consumption.

But such a future is not guaranteed. It’s also possible that we will instead reach a stable and sustainable population level, and combined with increasing energy efficiency our energy consumption may flatten. Technological civilizations may stabilize at type I rather than continuing up the scale.

That’s the real challenge with calculating the odds.

Everything we’ve pinned down so far point to a good chance that life forms on planets across the universe … but there’s still too many unknowns. 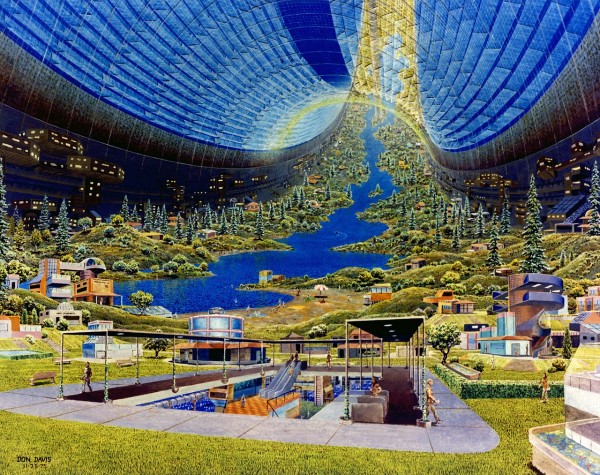 Even NASA has toyed with the idea of large space habitats. This is a painting of what one might look like on the inside, by space artist Don Davis.

Bottom line: The star KIC 8462852 continues to display strange behavior, baffling astronomers and causing speculation about advanced aliens. However, now – as in 1961, when Frank Drake formulated his famous Drake equation – the fact is that there are many unknowns, and we don’t know if our galaxy has numerous advanced civilizations … or one.