No big planets at Alpha Centauri, but maybe small ones

“Because Alpha Centauri is so close, it’s our first stop outside our solar system. There are almost certain to be small, rocky planets around Alpha Centauri A and B.” 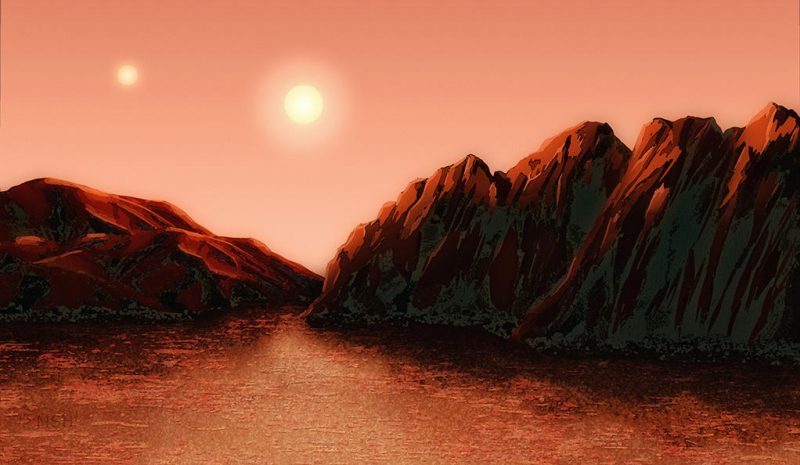 Yale astronomers said on December 18, 2017 that they have taken a fresh look at the nearby Alpha Centauri star system and found new ways to narrow the search for habitable planets there. The study was led by astronomer Debra Fischer and graduate student Lily Zhao, who believe there may be small, Earth-like planets in Alpha Centauri that’ve been overlooked so far. At the same time, their study ruled out the existence of a number of larger planets in the system that had popped up in previous models. The new study is published in the peer-reviewed Astronomical Journal.

Fischer, who has been involved in the search for exoplanets for decades, since long before the first ones were discovered in the 1990s, pointed out that the the most common types of planets appear to be small planets:

Because Alpha Centauri is so close, it is our first stop outside our solar system. There are almost certain to be small, rocky planets around Alpha Centauri A and B.

Alpha Centauri system is the star system nearest to our sun. It’s located about 4.2 light-years (24.9 trillion miles) away. It has three stars: Centauri A, Centauri B, and Proxima Centauri. Last year, astronomers found an Earth-like planet orbiting Proxima Centauri. This planet is the closest possible abode for an extraterrestrial civilization.

The new findings are based on data coming in from a new wave of more advanced spectrographic instruments at observatories located in Chile: CHIRON, a spectrograph built by Fischer’s team; HARPS, built by a team from Geneva; and UVES, part of the Very Large Telescope Array. Fischer said:

The precision of our instruments hasn’t been good enough, until now.

The researchers set up a grid system for the Alpha Centauri system and asked, based on the spectrographic analysis, ‘If there was a small, rocky planet in the habitable zone, would we have been able to detect it?’ Often, the answer came back: ‘No.’

In addition, the study eliminated the possibility of a number of larger planets. Zhao said this takes away the possibility of Jupiter-sized planets causing asteroids that might hit or change the orbits of smaller, Earth-like planets.

The astronomers hope the new information provided by their study will help other astronomers prioritize their efforts to detect additional planets in the Alpha Centauri system.

Bottom line: Astronomers have found new ways to narrow the search for habitable planets in the star system next door, Alpha Centauri. They say there are no big planets in the system, but they expect some small ones.