Because we’re looking at it edge-on, we can’t see this galaxy’s spiral arms. But we can see the flat disk of the galaxy and its bulging mid-section.

NASA and ESA released this beautiful Hubble Space Telescope image on September 14, 2012. It’s a spiral galaxy called NGC 7090. Because we’re looking at it almost directly edge-on, we can’t see this galaxy’s spiral arms, which are full of hot, young stars. But we can see the flat disk of the galaxy and the bulge in its mid-section, which, if this galaxy is like others, is full of cool, old stars. 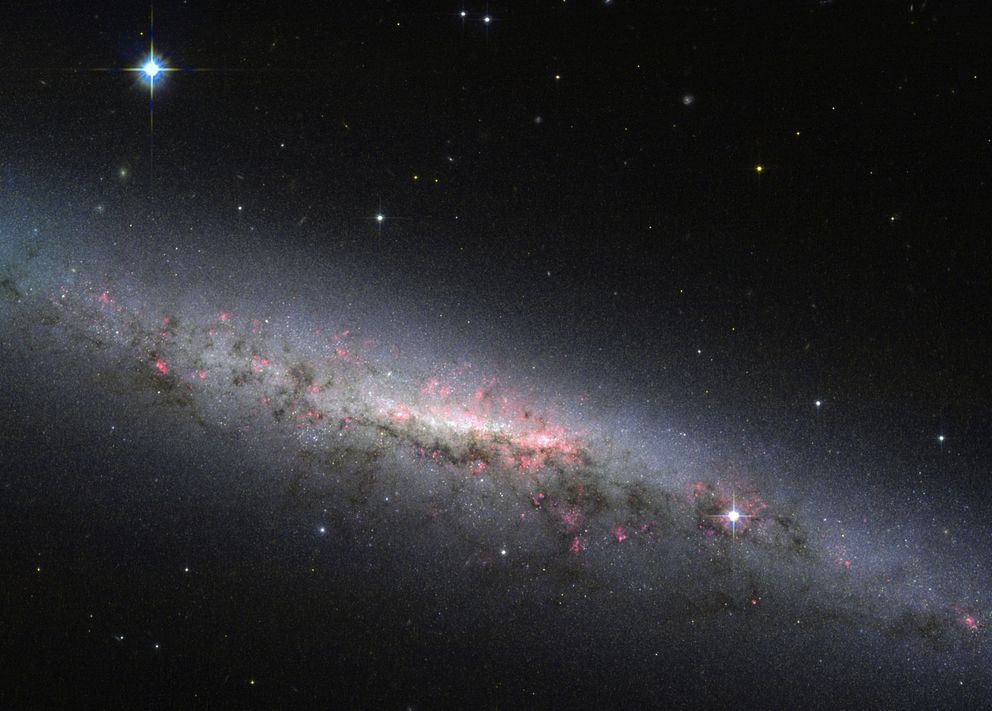 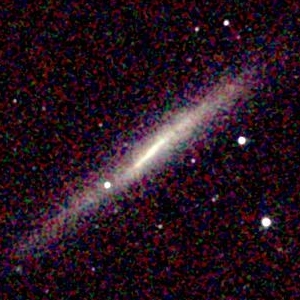 Here’s a contrast, from just a few years ago, with the Hubble Space Telescope image. It’s a 2009 image of NGC 7090, from the Two Micron All Sky Survey. Yay Hubble!

Notice the intricate pattern of pinkish red regions over the whole galaxy. They indicate the presence of clouds of hydrogen gas, which in turn suggest where new stars are forming within NGC 7090. Other studies confirm that this galaxy is actively forming stars.

You can also see dark regions inside the disc of NGC 7090, located in lower half of the galaxy. These are dark dusty regions.

Read more about this image here.

A version of this image of NGC 7090 was entered into the Hubble’s Hidden Treasures Image Processing Competition by contestant Rasid Tugral. Hidden Treasures was an initiative to invite astronomy enthusiasts to search the Hubble archive for stunning images that have never been seen by the general public.