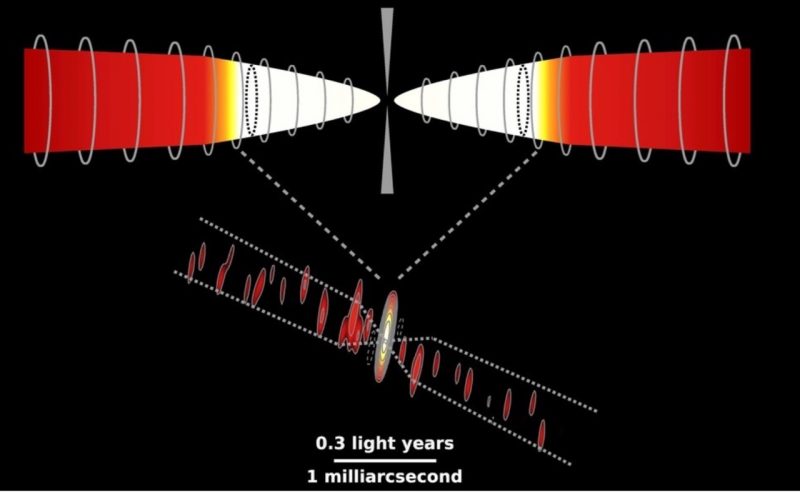 Artist’s concept of galaxy NGC 1052. The bottom one shows a central compact region – thought to be a supermassive black hole – and 2 jets. The top one is a close-up of an accretion disk, plus 2 regions of entangled magnetic fields forming the 2 powerful jets. Image via Anne-Kathrin Baczko/ Max Planck Institute.

NGC 1052 is an elliptical galaxy, located approximately 60 million light-years away in the direction of our constellation Cetus the Whale. It’s an active galaxy; that is, it has an especially luminous core, thought to contain an active supermassive black hole. On September 12, 2016, the Max Planck Institute for Radio Astronomy reported on measurements of the magnetic field in the vicinity of NGC 1052’s core. An international team of astronomers, using a global ensemble of radio telescopes, observed a bright and compact feature – only two light days across – at the heart of this galaxy. The astronomers said the large magnetic field they observed provides enough magnetic energy to power not one but two strong relativistic jets emanating from the center of NGC 1052.

These astronomers used very-long-baseline interferometry – employing a network of radio telescopes in Europe, the U.S., and East Asia – to study this galaxy. The technique has potential to locate compact jet cores at sizes close to a black hole’s event horizon, the boundary around a black hole within which nothing can be seen, and which nothing can escape. Meanwhile, the black hole itself cannot be seen.

Since it can’t be seen, the position of the black hole usually has to be inferred indirectly. But in this case, the astronomers’ said, the striking symmetry observed between the twin jets in NGC 1052 let them locate the true center of activity at the center of this distant galaxy.

That exception is the supermassive black hole at the center of our home galaxy, the Milky Way. 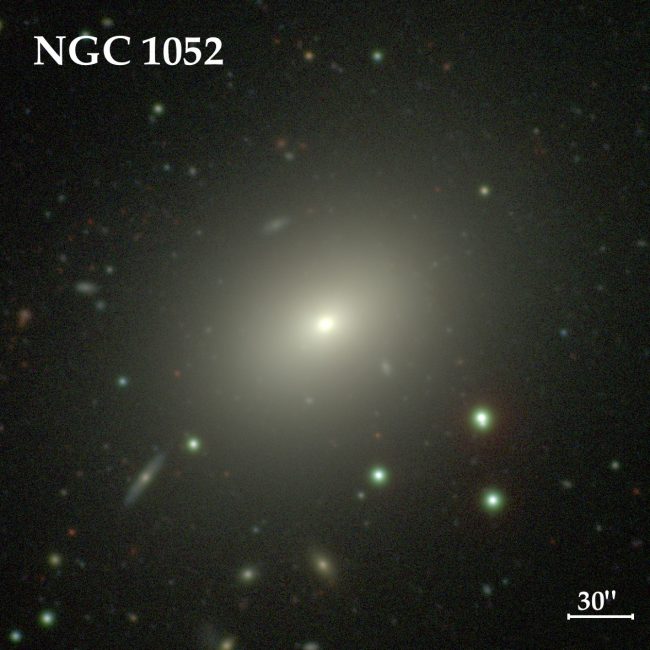 A visible light image of NGC 1052, via the Carnegie-Irvine Galaxy Survey. 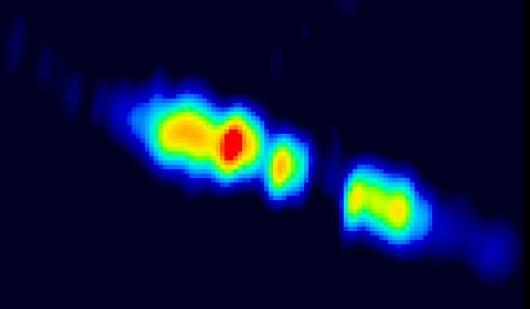 NGC 1052, as seen by radio telescopes. Read more about this image via NRAO.

Eduardo Ros from the MPI für Radioastronomie and collaborator in the project, commented that the technique used to study NGC 1052:

… yields unprecedented image sharpness, and is soon to be applied to get event-horizon scales in nearby objects.

… may help solving the long-standing mystery of how the powerful relativistic jets are formed, that can be seen in many active galaxies.

The result has important astrophysical implications, since we see that jets can be driven by the extraction of magnetic energy from a rapidly rotating supermassive black hole. 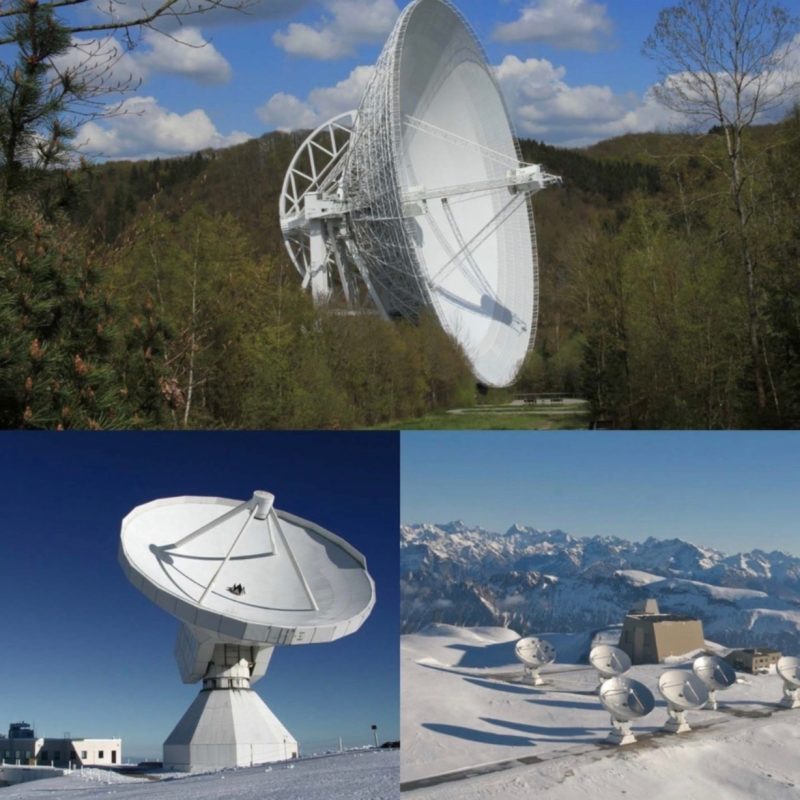