Next Mars mission is ESA’s ExoMars

ESA’s ExoMars consists of two separate missions to investigate Mars. The first, set to launch in January 2016, consists of an orbiter and lander. 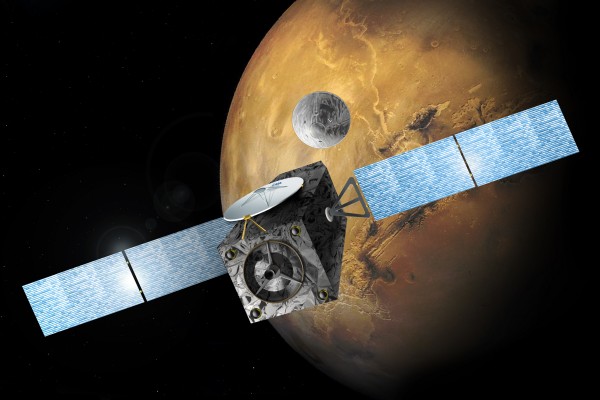 Artist’s concept the Trace Gas and Data Relay Orbiter, one component of the 2016 ExoMars mission. Image via ESA

The European Space Agency (ESA) has established the ExoMars program, which consists of two separate missions to investigate the Red Planet orbiting one step outward from Earth, and to test the latest aerospace technology. The first mission, set to launch in 2016, consists of an orbiter and lander. The lander is called Schiaparelli. The second mission, scheduled for 2018, intends to deliver a European rover and a Russian surface platform to Mars’ surface. Both missions share the same main objective: they will search for evidence of methane and other indicators of active biology on Mars.

Scheduled for January 2016, the ESA will launch the Trace Gas Orbiter (TGO) and the Entry, Decent, and Landing Demonstrator module (EDM, aka Schiaparelli) on a proton rocket. Due to the relative positions Earth and Mars in orbit around the sun at that time, the cruise phase will be a succinct 9 months.

Three days before the modules reach Martian atmosphere, Schiaparelli will eject and land on the planet’s surface.

During its decent to the surface, Schiaparelli will communicate back to the orbiter, which will be positioned in an elliptical orbit around Mars. The module is designed to maximize the use of currently developed technology within the ExoMars program, which includes specially produced thermal protection, a parachute system, a radar Doppler altimeter system, and a liquid propulsion braking system.

Schiaparelli is expected to function on the surface of Mars by utilizing the excess energy capacity of its batteries. While its abilities are limited due to the absence of long-term power, the sensors that will be functional will perform powerful surface observations on its landing site, the Martian plain Meridiani Planum, which is close to the planet’s equator. This area of interest contains an ancient layer of hematite, an iron oxide, which is found in aquatic environments on Earth.

The EDM module is expected to last approximately 2 – 8 days upon landing. 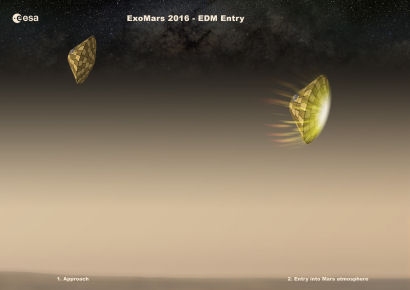 Artist’s concept of ExoMars EDM – aka Schiaparelli – which will enter the Martian atmosphere at an altitude of 75 miles (120 km). The heat shield will protect the lander from the severe heat flux and deceleration from Mach 35 (35 times the speed of sound) to Mach 5. 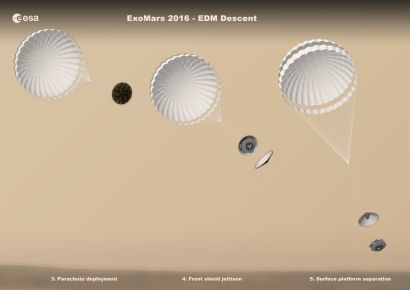 As soon as the EDM has slowed down to Mach 2 (2 times the speed of sound, for example, the speed of a military fighter aircraft), a parachute will be deployed to further decelerate the lander.

Meanwhile the Trace Gas Orbiter will be observing the atmospheric gases that are present throughout the Martian atmosphere. A key goal of the mission is to gain better insight into the production and release of methane gas, which are present in small concentrations (less than 1% of the atmosphere). As the TGO orbits the red planet it will be able to detect methane, which has been shown to vary in location and time on the planet’s surface. Since methane is short-lived on geological time scales, its presence implies the existence of some kind of active source. And since both geological and biological processes produce methane, that source is of high interest to scientists.

Soaring 250 miles (400 km) above the Martian surface the Orbiter will detect a wide range of gases alongside methane, including water vapor, nitrogen dioxide, and acetylene, with an accuracy three times better than any previous measurements.

The findings will provide evidence regarding the location and sources of these gases, which will lead to selecting the landing sites for the 2018 rover mission.

The ESA’s latest ExoMars mission marks a progressive step toward truly understanding the mysteries of Mars. Constructed with the goal to advance ingenuity and scientific knowledge, the ESA’s mission is sure to lead to exciting results.

By the way, the next NASA mission to Mars won’t be far behind ESA’s ExoMars mission. NASA’s next mission is a stationary lander scheduled to launch in March 2016. The lander – called InSight, for Interior Exploration using Seismic Investigations, Geodesy and Heat Transport – is about the size of a car and will be the first mission devoted to understanding the interior structure of Mars. Read more about Mars InSight here. 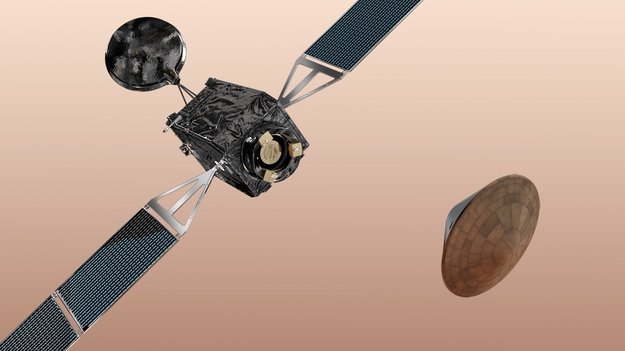 Bottom line: ESA’s ExoMars consists of two separate missions to investigate Mars. The first, set to launch in January 2016, consists of an orbiter and lander. The lander is called Schiaparelli. The second mission, scheduled for 2018, will deliver a European rover and a Russian surface platform to Mars’ surface. Both missions are aimed at the search for evidence of methane and other indicators of active biological activity on Mars.