How did life on Earth begin? A new technology, called Planet Simulator, might finally help solve the mystery. 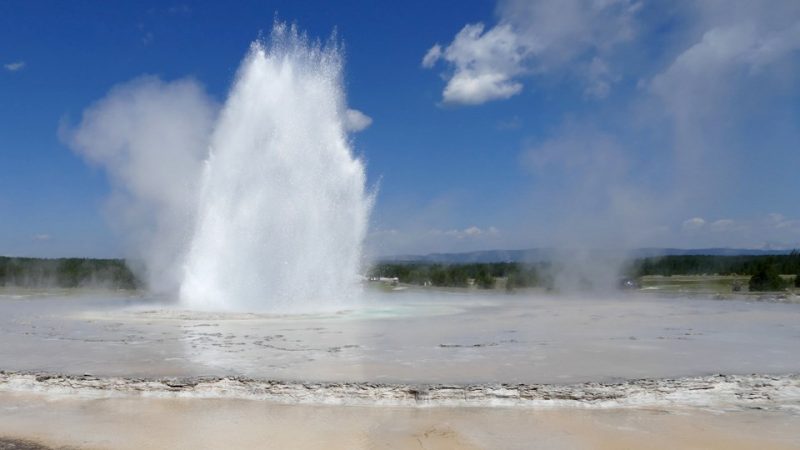 Most scientists think that life on Earth originated in “warm little ponds” like hydrothermal hot springs. New technology and research will now investigate just how that process may have occurred – or refute it. Image via National Park Service/Diane Renkin.

The question of how life began on Earth is one of the oldest and most important questions in science. Now, new technology could help to finally solve the mystery. Researchers at the Origins Institute at McMaster University in Hamilton, Ontario, Canada, say that the new technology could – for the first time – provide experimental evidence for how life first formed on the early Earth billions of years ago, and also show how it could arise elsewhere in the universe as well. The initiative was announced by the Brighter World program at McMaster on October 4, 2018.

The researchers are using a Planet Simulator – a highly sophisticated climate chamber – in the Origins of Life Laboratory at McMaster to re-create the environmental conditions on the early Earth or other Earth-like planets. As Maikel Rheinstadter, a biophysicist and professor at McMaster, explained:

We want to understand how the first living cell was formed – how the Earth moved from a chemical world to a biological world. Currently there’s no satisfying explanation about how that could have happened, or how life could form on other planets. Solving that mystery is what this lab is all about.

Scientists want to understand how the first prebiotic molecules – the building blocks of life – first came together to form self-replicating RNA molecules, the first genetic material found in all life that exists today.

Most scientists now think that life began in “warm little ponds” – hot springs – about 3.5-4.5 billion years ago. This theory proposes that in those ponds, nucleotides – essential biomolecules needed for life – combined with amino acids, lipids, clays, rocks and inorganic salts. When meteorites crashed into those ponds, they delivered nucleobases, which formed nucleotides and then chains of RNA polymers. Those polymers were bonded together as a result of wet and dry cycles of precipitation, evaporation and drainage. This started the chemical processes that enabled the polymers to start self-replicating – starting the process that lead to life itself. New research supporting this theory was published last year by Ralph Pudritz and Ben Pearce – both in McMaster’s Department of Physics and Astronomy.

The Planet Simulator will now be used to test that hypothesis. According to Pudritz:

This lab was designed to dial up the conditions on a wide variety of habitable planets, including the conditions we imagine were present on the early Earth. It can simulate the warm little pond – the geophysical environment, the atmosphere, the irradiation, the wet and dry cycles – it’s all part of it. These are the conditions in which early life was formed and it’s how we think the chemistry was really being driven. 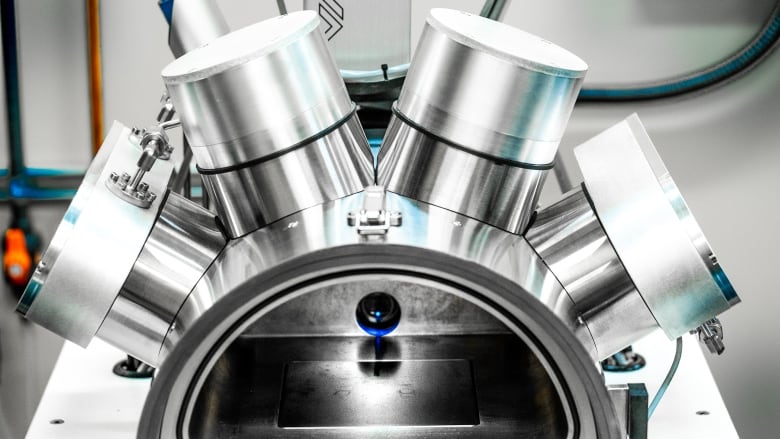 The Planet Simulator in the new Origins of Life Laboratory at McMaster University. Image via Craig Chivers/CBC. 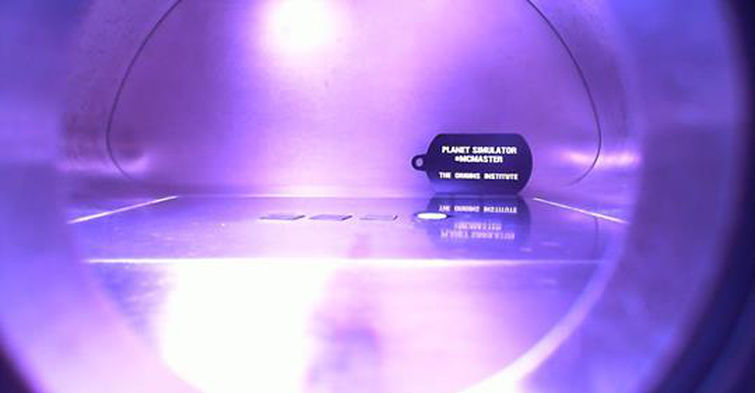 A view inside the Planet Simulator. Image via Intravision Group AS 2018.

So how will the researchers use the lab to test their theories? First, they will create solutions of the molecules found in the ponds, then allow the mixture to dry on silicon wafers. The samples will then be placed in the simulation chamber of the Planet Simulator and exposed to wet-dry, day-night and seasonal cycles, as well as to the humidity, extreme temperatures, oxidizing environments and high levels of radiation thought to have been present on the early Earth. Years of such cycles will be able to be simulated in only a matter of days. As explained by Yingfu Li, a professor in McMaster’s Department of Biochemistry and Biomedical Sciences:

At the beginning, when life was born, there was a stage in the ponds when some of these RNA molecules actually began to act as enzymes which enabled them to copy themselves, copy the genetic material of other molecules, and catalyze other reactions that are important to life. We don’t know how these molecules were generated, so this set-up, and all the other analysis equipment in the lab, will allow us to test the chemical processes that may have given rise to these magic molecules and see how these molecules may have come together to create cells. 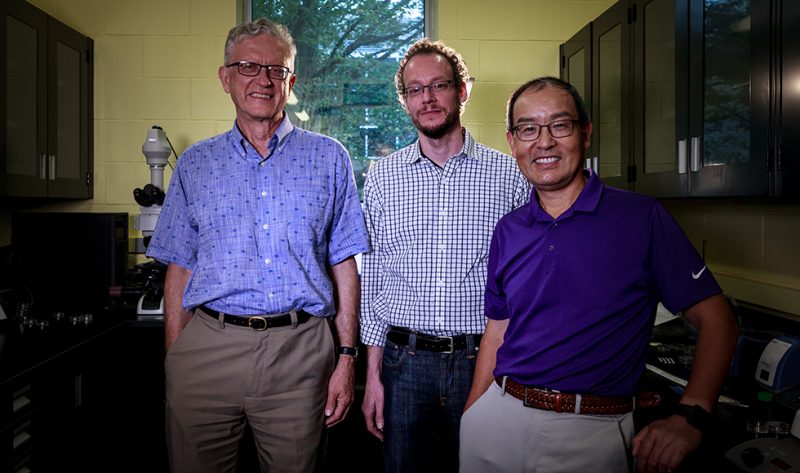 Ralph Pudritz, Maikel Rheinstadter and Yingfu Li at the Origins Institute and the new Origins of Life Laboratory at McMaster University. Image via Sarah Janes.

Another major aim is to be able to simulate the conditions on other habitable Earth-like planets as well and see how life could have developed on such worlds, according to Pudritz:

I think the big question is, are we alone? If we can understand how life was formed on Earth, maybe we can find RNA sequences that can take off in different planetary environments. If this lab has the capability that we think it has, we should be able to find other conditions where we can test these sequences and ask, ‘Does this work?’ And if the answer is yes, then we really are on the road.

Bottom line: The question of how life originated on Earth is one of the biggest mysteries in science, but thanks to new technology being used by researchers at McMaster University, we may be a step closer to finally solving this enigma – and also finding evidence of life elsewhere in the universe as well.

Bottom line: New technology, the Planet Simulator, is in use to help scientists better understand the origin of life on Earth.