Dishdance, a tribute to radio telescopes

NOTE TO OUR READERS … When this video was released earlier today, it featured the voice of the late Carl Sagan speaking about the Search for Extraterrestrial Intelligence (SETI). The Carl Sagan folks – Druyan-Sagan Associates in Ithaca, New York – have asked that the voiceover be removed and want 6-8 weeks to evaluate whether it can be included here. Maybe Sagan’s voice will return to enhance this video, but, in the meantime, enjoy it. It’s still an awesome video.

… enclosed is a link to DISHDANCE, a SETI [Search for Extraterrestrial Intelligence] tribute and timelapse medley of radio astronomy facilities …

This timelapse was filmed as part of SKYGLOWPROJECT.COM, our ongoing crowdfunded quest to explore the effects and dangers of urban light pollution in contrast with some of the most incredible Dark Sky Preserves in North America.

This video was shot by my Skyglow partner Harun Mehmedinovic (www.Bloodhoney.com) and myself (SunchaserPictures.com).

By the way, EarthSky also ran project Skyglow’s earlier video – showing what Los Angeles would look like if you could see the night sky wheeling overhead – in April, 2015. It’s a very cool video, too – a Vimeo staff pick. Watch it here, and help Skyglow keep going. 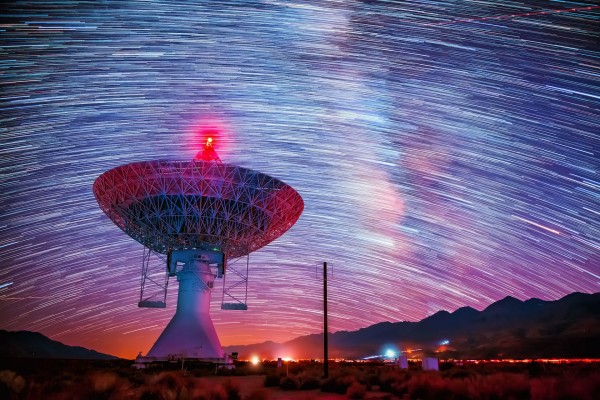