These are all the asteroids that would cause significant regional damage to our human civilization in the event of impact.

NASA has released this graphic showing the orbits of all known Potentially Hazardous Asteroids (PHAs), that is, asteroids that are considered hazardous because they are fairly large (at least 460 feet or 140 meters in size), and because they follow orbits that pass close to Earth’s orbit (within 4.7 million miles or 7.5 million kilometers). 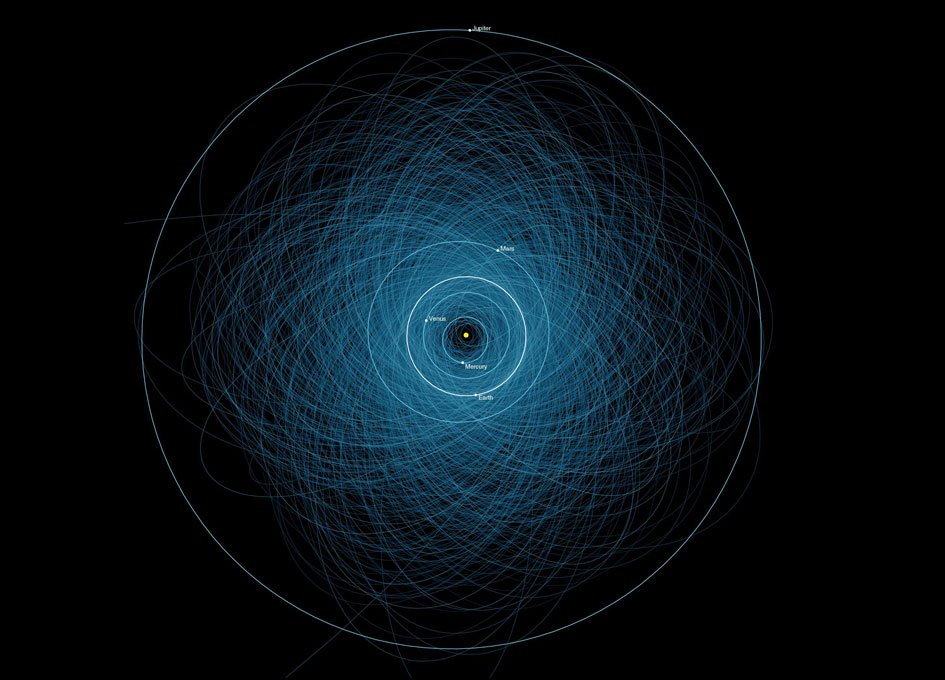 View larger. | This graphic shows the orbits of all the known Potentially Hazardous Asteroids (PHAs), numbering over 1,400 as of early 2013. Image via NASA

Being classified as a PHA does not, of course, mean that an asteroid will impact the Earth. NASA is quick to point out:

None of these PHAs is a worrisome threat over the next hundred years.

Astronomers with NASA and other organizations do track these asteroids, continually refining what we know about their orbits so that more precise predictions can be made about their future close approaches and impact probabilities.