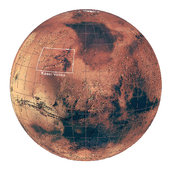 Location of Kasei Valles on Mars, via ESA.

Mars is a dry desert world today, but there continue to be abundant signs that it once had flowing water on its surface. The images on this page – released by the European Space Agency (ESA) today (June 6, 2013), in celebration of the Mars Express spacecraft launch 10 years ago this week – show a region on Mars known as Kasei Valles, named for the word “Mars” in Japanese. It is an ancient flood plain on Mars, a huge system nearly 500 kilometers (300 miles) wide in some places. In contrast, the Grand Canyon in Arizona is only about 30 kilometers (18 miles) wide.

The first image is a mosaic, comprised of 67 images taken with the high-resolution stereo camera carried by Mars Express. Space scientists believe that dramatic flood events carved this impressive channel system on Mars. The second image is a perspective view of this amazing and beautiful place, surely a place you would want to check out if you could personally visit the planet next door. 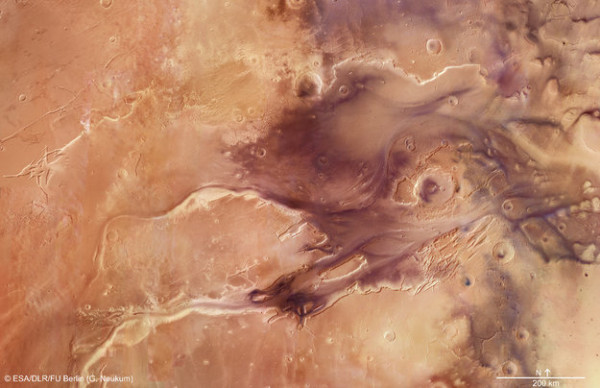 Kasei Valles is one of the largest outflow channel systems on Mars. From source to sink, it extends some 3,000 kilometers (2,000 miles) and descends by 3 kilometers (2 miles) in altitude. Image via ESA. 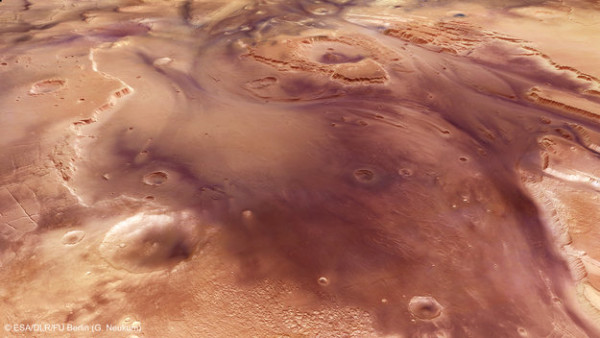 Read more about these images from ESA

Solid evidence that Mars had rivers or streams