The Hubble Space Telescope has captured a dramatic image of the violence of a star’s birth.

The Hubble Space Telescope’s Wide Field Camera 3 has captured this image of a giant cloud of hydrogen gas illuminated by a bright young star. The image shows how violent the star-formation process can be. 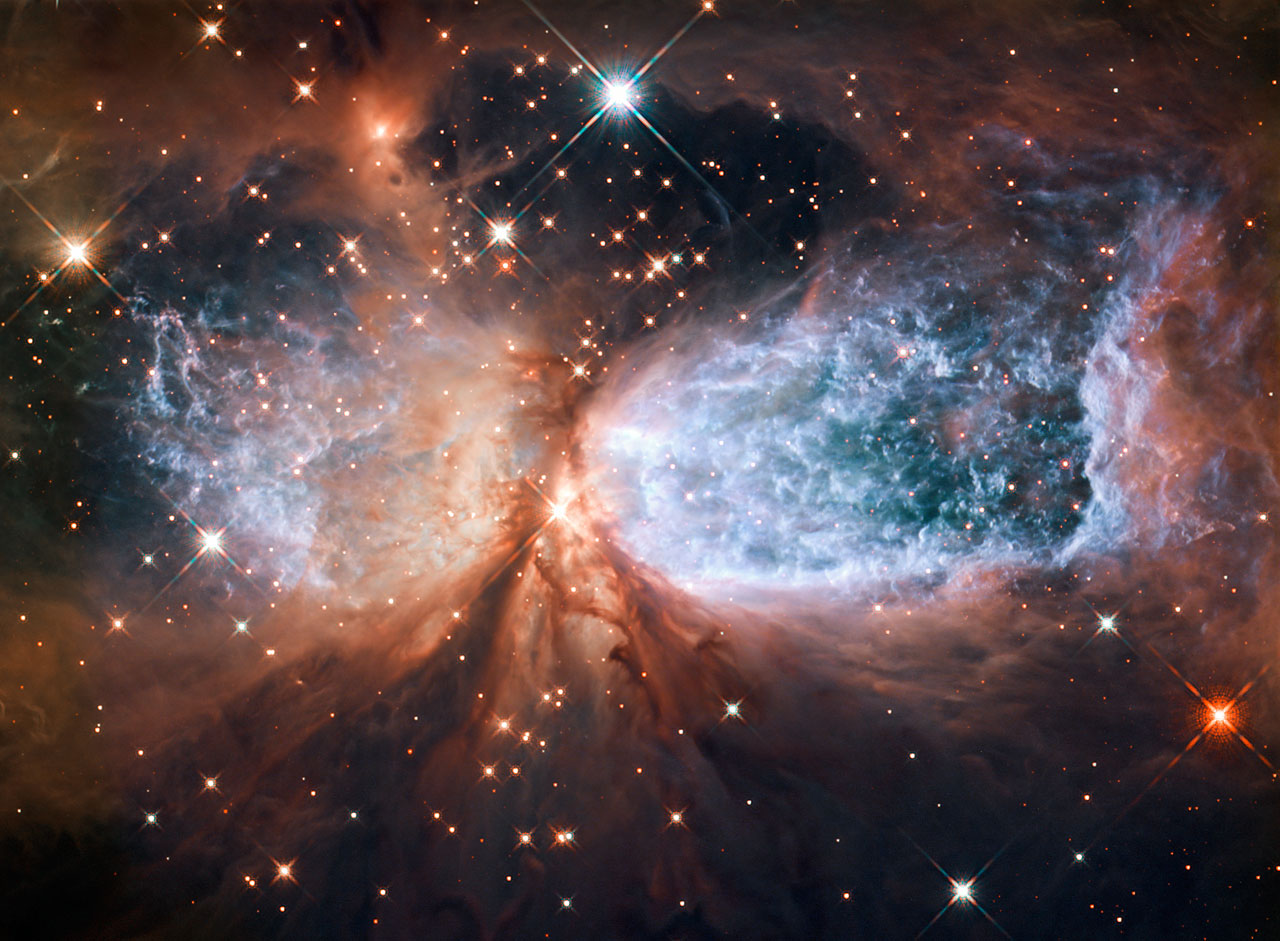 This star-forming region is called Sh 2-106, or S106 for short. A young star – named S106 IR – lies within it and ejects material at high speed, disrupting the gas and dust around it. The star has a mass about 15 times that of our sun and is in the final stages of its formation. It will soon quiet down by entering what astronomers call “the main sequence,” which is the adult stage of a star’s life.

For now, S106 IR remains embedded in the cloud of gas and dust that gave birth to it. The material spewing off the young star gives the cloud its hourglass shape and also makes the hydrogen gas within the cloud very hot and turbulent. The resulting intricate patterns are clearly visible in this Hubble image.

The young star also heats up the surrounding gas, making it reach temperatures of 10,000 degrees Celsius. The star’s radiation ionises the hydrogen lobes, making them glow. The light from this glowing gas is colored blue in this image.

Separating these regions of glowing gas is a cooler, thick lane of dust, appearing red in the image. This dark material almost completely hides the ionizing star from view, but the young object can still be seen peeking through the widest part of the dust lane.

S106 was the 106th object to be catalogued by the astronomer Stewart Sharpless in the 1950s. It is a few thousand light-years distant in the direction of the constellation Cygnus the Swan. The cloud itself is relatively small by the standards of star-forming regions, around 2 light-years along its longest axis. This is about half the distance between our sun and Proxima Centauri, our nearest neighbor among the stars.

This composite picture was obtained with the Wide Field Camera 3 on the Hubble Space Telescope. It results from the combination of two images taken in infrared light and one which is tuned to a specific wavelength of visible light emitted by excited hydrogen gas, known as H-alpha. This choice of wavelengths is ideal for targeting star-forming regions. The H-alpha filter isolates the light emitted from hydrogen in gas clouds while the infrared light can shine through the dust that often obscures these regions.