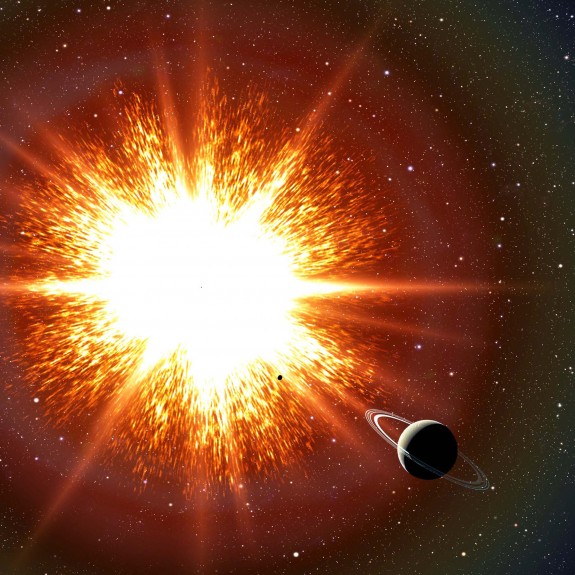 Artist’s illustration of a supernova via SmithsonianScience.org. The new measurement for the half-life of iron-60 relates to the dates of certain cosmic events, for example, nearby supernovae.

Scientists at the Australian National University said this month (February 4, 2015) they’ve now settled a long-running debate about one of the tools astronomers use to measure cosmic time. The tool is a radioactive isotope of iron (iron-60). These scientists say they now have a better, more accurate figure for the time it takes this isotope to decay by half. The team found the half-life of iron-60 to be 2.6 million years.

Iron-60 is produced at the core of large stars and in supernovae, or exploding stars. It’s been known since the 1980s that its half-life was roughly 1.5 million years, and thus abundances of iron-60 have been used to date certain cosmic events; for example, the small amount of iron-60 found in the deep ocean on Earth has been used to trace the history of nearby supernovae. But researchers have disagreed on how long it takes iron-60 to decay by half. There are two measurements most often cited – one from in 1984, and the other from 2009 — but one measurement indicates a half-life for iron-60 nearly twice as long as the other.

The Australian new experiment appears to settle the discrepancy, agreeing well with the 2009 measurement … and thus science marches on.

By comparing this number to the concentration of iron-55, another rare isotope, [the Australian researchers, led by Anton Wallner] were able to ‘cancel out’ some of the systematic errors that plagued earlier experiments and accurately gauge the iron-60 amount. The half-life they find agrees well with the 2009 value; averaging the two together, Wallner et al. report a value of 2.60 million years and a 2% uncertainty.

Anton Wallner of the Australian National University’s Research School of Physics and Engineering said in a press release:

The iron-60 half-life is integral to theories about supernovae and the early solar system.

Because iron-60 is formed predominantly in supernovae its presence on Earth is thought to indicate that there were nearby supernovae in the last 10 million years. These may have had an effect on Earth’s climate or even triggered the birth of the solar system more than 4 billion years ago. 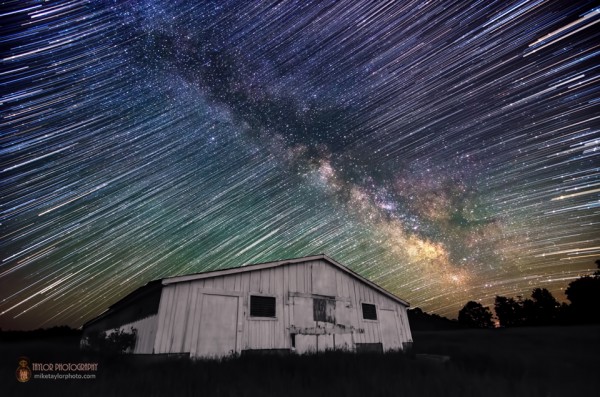 Milky Way time-lapse via Mike Taylor Photography. How do astronomers know the timescales of events that happen on such a vast scale as that of our Milky Way galaxy? The new measurement of the half-life of iron-60 is one tool they use.

Bottom line: Researchers have disagreed on the exact measurement for the half-life of iron-60. Australian researchers announced on February 4, 2015 that they have a new, more accurate iron-60’s half-life. The new measurement indicates a half-life of 2.6 million years. This new estimate gives astronomers a better tool to date some cosmic events.