Newly released images of Holmberg II and Markarian 509 reveal these galaxies’ inner workings. Both have stories unlike that of our home galaxy, the Milky Way.

The European Space Agency (ESA) released two images on September 29, 2011 that reveal new details about the mysterious inner workings of galaxies Holmberg II and Markarian 509. Both galaxies have stories unlike that of our home galaxy, the Milky Way. 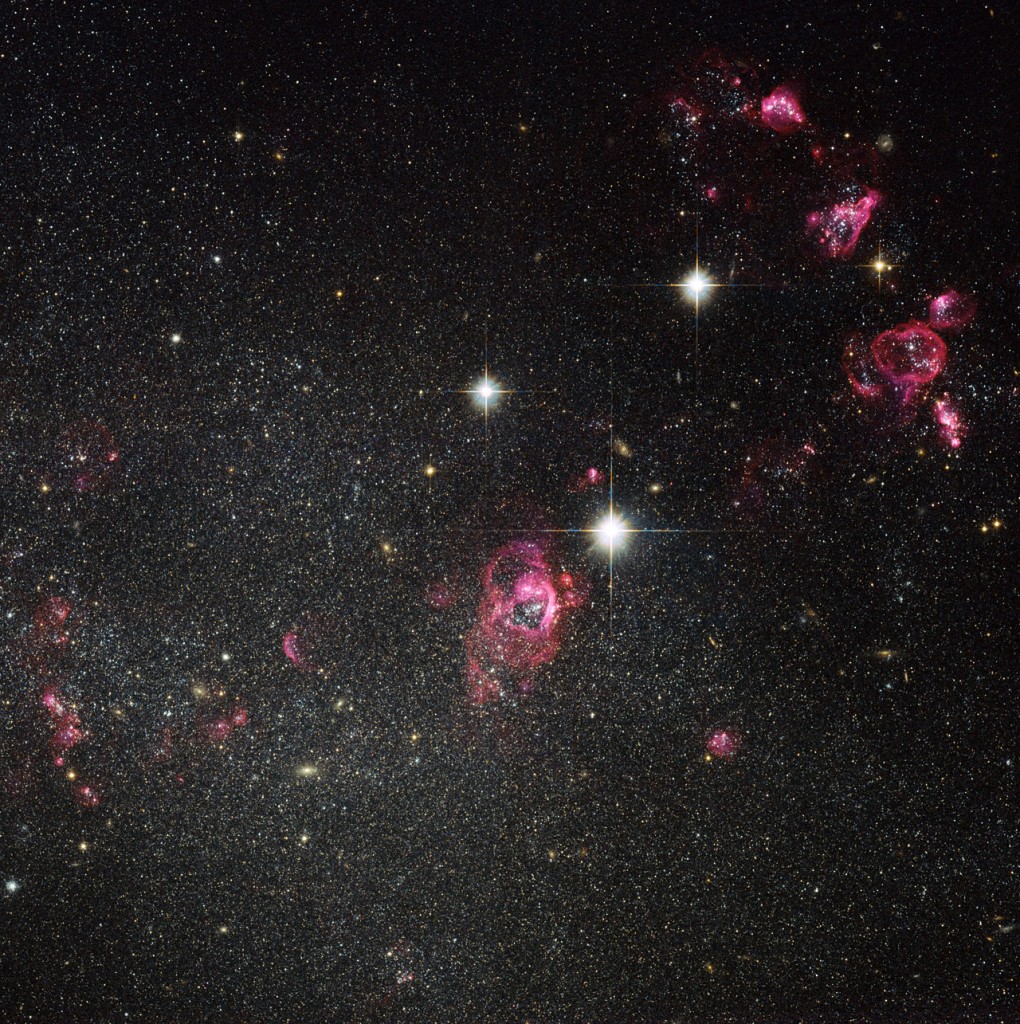 Though small, Holmberg II is an area of dense star birth. It has seen many generations of stars form and ignite within its boundaries. As high-mass stars age, they release stellar winds that dispel surrounding dust and gas. When they eventually collapse and die in a supernova, shock waves course through low-density areas in Holmberg II, creating the gas bubbles, astronomers say.

In larger galaxies with spiral arms—like our own Milky Way — or a dense nucleus – the gravitational pull would destroy the fragile bubbles. But Holmberg II’s smaller size creates an environment that supports the bubbles’ existence, leading to the appearance seen in the image above. 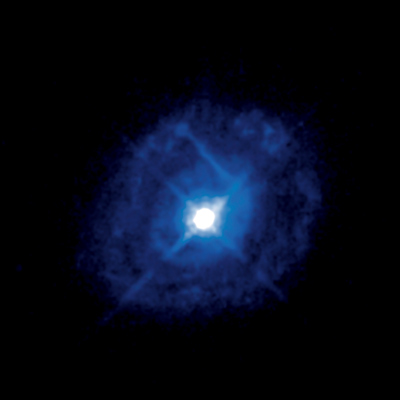 Also released today is an image of a much more distant galaxy, Markarian 509. It is an estimated 460 million light-years away, located in the direction of the constellation Aquarius. Markarian 509 belongs to a class of galaxies known as Seyfert galaxies, so named for astronomer Carl K. Seyfert (1911-1960) and characterized by actively feeding supermassive black holes at their centers.

Markarian 509’s own black hole is thought to be 300 million times the mass of our sun. The image above reveals a “corona” thought to be hovering over the central black hole, as well as cold “bullets” of gas shooting through hotter diffuse gas at speeds up to one million miles per hour.

The new image of Markarian 509 is the result of an international collaboration of scientists and instruments. Data and images arrived from Hubble, ESA’s XMM-Newton and Integral spacecrafts, NASA’s Chandra and Swift satellites, and the ground-based William Herschel Telescope in Spain, and Peters Automated Infrared Imaging Telescope (PAIRITEL) in Arizona. 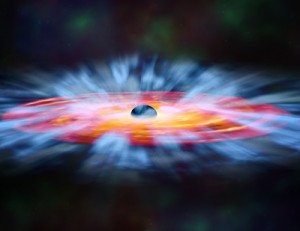 According to an ESA press release:

Using a large number of telescopes which are sensitive to different wavelengths of light gave the team unprecedented coverage running from the infrared, through the visible, ultraviolet, X-rays and into the gamma-ray band.

The team, led by Jelle Kaastra of SRON Netherlands Institute for Space Research, consists of 26 astronomers from 21 institutes on four continents. This release comes at the beginning of a series of seven papers for the journal Astronomy and Astrophysics.

Galaxy collisions not the only source of monster black hole activity