New astronomy stamps from the Isle of Man

Heads up, stamp collectors and astronomy enthusiasts! A collection of new stamps from the Isle of Man, which has 26 Dark Sky sites. 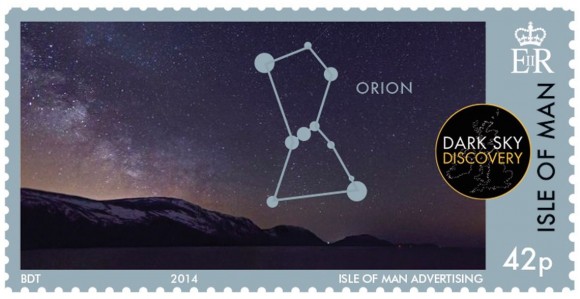 On September 1, 2014, Isle of Man Stamps and Coins in collaboration with Dark Sky Discovery released these beautiful new astronomy stamps, showing some of the constellations clearly visible throughout the year from this location. The Isle of Man now has a total of 26 Dark Sky sites, by far the greatest concentration of dark-sky sites in Europe. Nineteen of the sites were recognized in January 2014.

Dark Sky Status is granted only to sites that have spectacular views of the night sky. One of the criteria for Dark Sky Status is the ability to see the Milky Way clearly on dark clear moonless nights, which is known in Manx as “Raad Mooar re Gorry” or the great way of King Orry, commemorating the landing of King Orry in the late 11th Century.

The Isle of Man has many such locations, which have now been formally acknowledged by the DSDN and by many visiting astronomers.

The stamps show four Dark Sky scenes taken from various locations on the Island across the seasons with one or more constellations superimposed on each. The stars as well as the surround of each stamp are distinct in that they are metallic. The Isle of Man Post Office calls them:

… an essential collectable for all philatelists and astronomy enthusiasts. 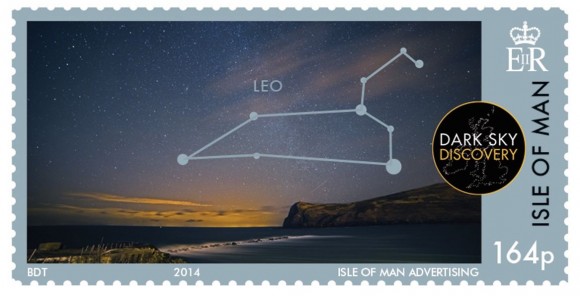 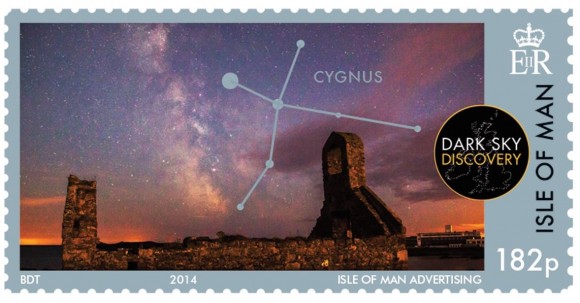 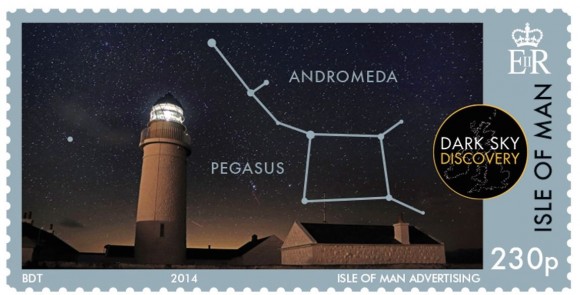 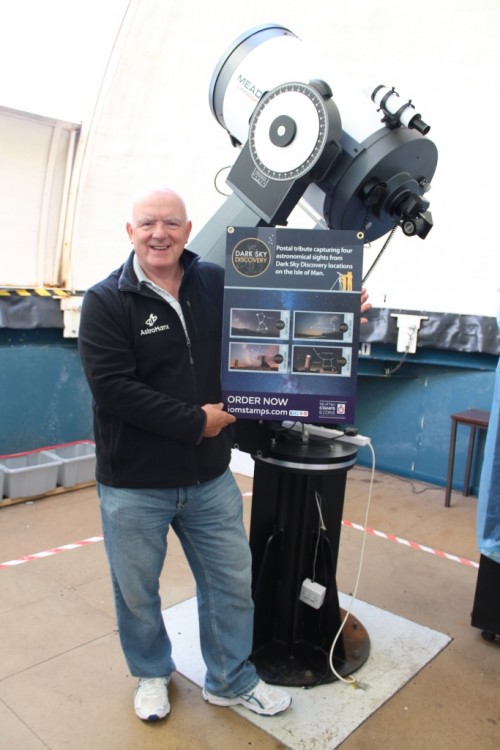 Howard Parkin at the Isle of Man Observatory helped with the design of the new stamps. Photo via Isle of Man Post Office.

Bottom line: Heads up, stamp collectors and astronomy enthusiasts! A collection of new stamps from the Isle of Man, which has 26 Dark Sky sites.