What’s the recipe for a habitable exoplanet?

What combination of ingredients produce a planet that can support life? NASA has just awarded $7.7 million to Rice University for a new 5-year research program, in hopes of answering that question. 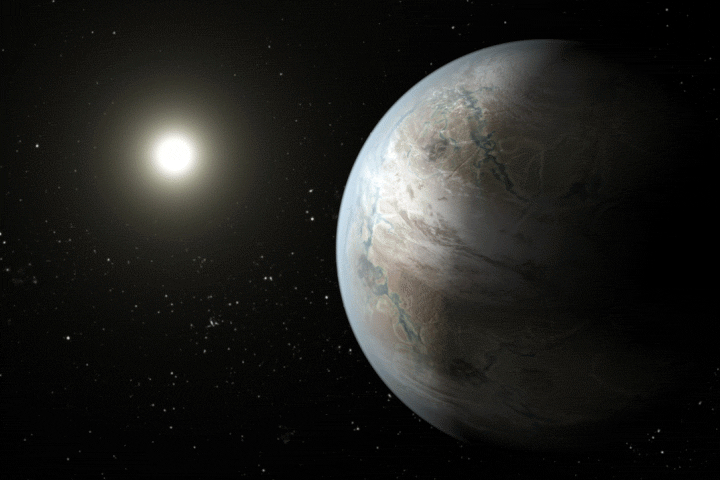 Artist’s concept of Kepler-452b, the first near-Earth-size world found in the habitable zone of a distant sun-like star. Image via NASA/Ames/JPL-Caltech.

We often hear the term “habitable” next to the word exoplanets. Which exoplanets are habitable; that is, which are capable of supporting life? But how do scientists determine that? Are there different kinds of habitability? Rice University announced on September 17, 2018 that – to help answer these questions – NASA’s Nexus for Exoplanet System Science (NExSS) has awarded it $7.7 million for a new 5-year research program that will explore exoplanet habitability in depth. The new program will take a multidisciplinary, multi-institutional approach to finding out what natural recipes might allow a rocky planet – like Earth – to become habitable.

A recipe for life as we know it requires essential elements like carbon, oxygen, nitrogen, hydrogen, phosphorous and sulfur. But the first billion years of a rocky planet’s life are turbulent. On Earth, that period was marked by enormous change, not only at the surface but inside the planet as well.

For planetary habitability, life-essential elements must survive that period in a bioavailable form.

Not all rocky planets will be habitable, with Mercury and Venus being prime examples. To be able to support life, at least as we know it, certain conditions must be present. Liquid water, the right chemicals and suitable temperatures are all necessary “ingredients” in Earth’s recipe. 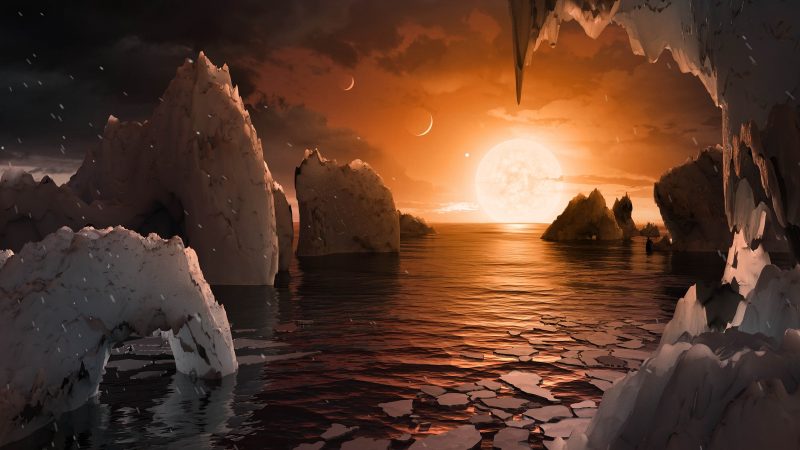 Artist’s concept of the surface of the exoplanet TRAPPIST-1f, one of seven known Earth-sized planets orbiting the star TRAPPIST-1. At least some of those worlds are potentially habitable. Image via NASA/JPL-Caltech.

The new program will focus on what happens to those elements needed for life, during the early stages of a planet’s evolution. It will include experts from astrophysics, geology, geochemistry, geophysics, organic chemistry and atmospheric and climate science, as well as 11 co-investigators from Rice, NASA’s Johnson Space Center, UCLA, the University of California, Davis and the University of Colorado, Boulder. According to Dasgupta:

We have the expertise to trace life-essential elements through the first billion-year journey from protoplanetary disks to prebiotic molecules on the surface of young worlds. Some of the processes that are central to this — the ones happening inside the planet and the feedbacks that link interior processes with those on the surface — are largely unexplored in the context of exoplanets.

Scientists can take their knowledge of the rocky planets in our solar system – Mercury, Venus, Earth and Mars – and use that to help how other rocky worlds in other solar systems could be habitable, or not. Image via Wikimedia Commons.

Its team also said CLEVER Planets will build on knowledge already obtained about the rocky planets, moons and other objects in our own solar system, but then extrapolates that to rocky worlds orbiting other stars. As Dasgupta explained:

We know more about our own solar system than any other. That’s very useful for comparative planetology, but the focus of our search is beyond our own backyard. We want to construct and constrain as many possible pathways to rocky planet habitability as we can. 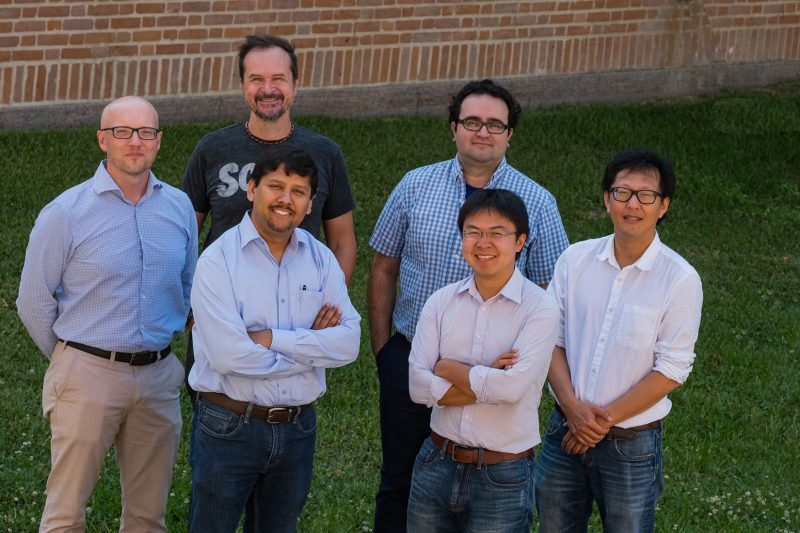 NExSS is a NASA research coordination network dedicated to the study of planetary habitability. The goals of NExSS are to investigate the diversity of exoplanets and to learn how their history, geology and climate interact with each other to create the conditions for life. By doing so, NExSS will accelerate the discovery and characterization of other potentially life-bearing worlds in the galaxy.

Thousands of exoplanets have already been discovered, including ones which may be potentially habitable – rocky worlds like Earth orbiting in the habitable zones of their stars. Scientists expect many more are waiting to be found, and programs like CLEVER Planets will help them to determine which ones are actually potentially habitable, and how they became that way. Is life on Earth a freak of nature, or are there other possible “recipes” for life out there?

Bottom line: We still only know of life on one planet – Earth – but scientists are wondering what recipes could produce other habitable worlds. A new multi-disciplinary and multi-institutional approach – called Clever Planets, led by Rice University – will help answer that question.

Via Rice University News and Media