NASA announced on April 5, 2012 that it will be extending three space-based missions: the Spitzer Space Telescope, Kepler, and the U.S. portion of the European Space Agency’s Planck mission. The decision is a result of NASA’s 2012 Senior Review of Astrophysics Missions, which also extends another six missions. 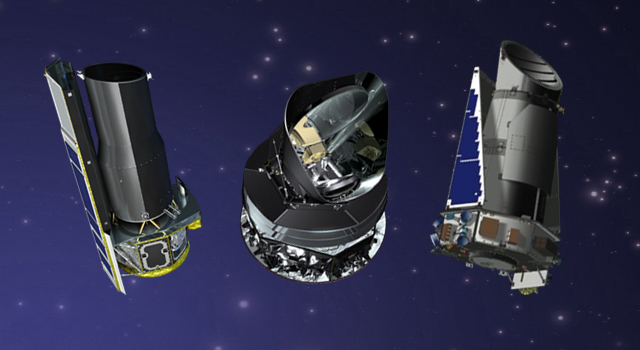 From left to right, artist’s concepts of the Spitzer, Planck and Kepler space telescopes. NASA extended Spitzer and Kepler for two additional years; and the U.S. portion of Planck, a European Space Agency mission, for one year. The relative sizes of the artist’s concepts are not to scale. Image credit: NASA/JPL-Caltech

Michael Werner, chief scientist for astronomy and physics at California’s Jet Propulsion Laboratory, which manages the three missions, said in a press release:

This means scientists can continue using the three spacecraft to study everything from the birth of the universe with Planck, and galaxies, stars, planets, comets and asteroids with Spitzer, while Kepler is determining what percentage of sun-like stars host potentially habitable Earth-like planets. 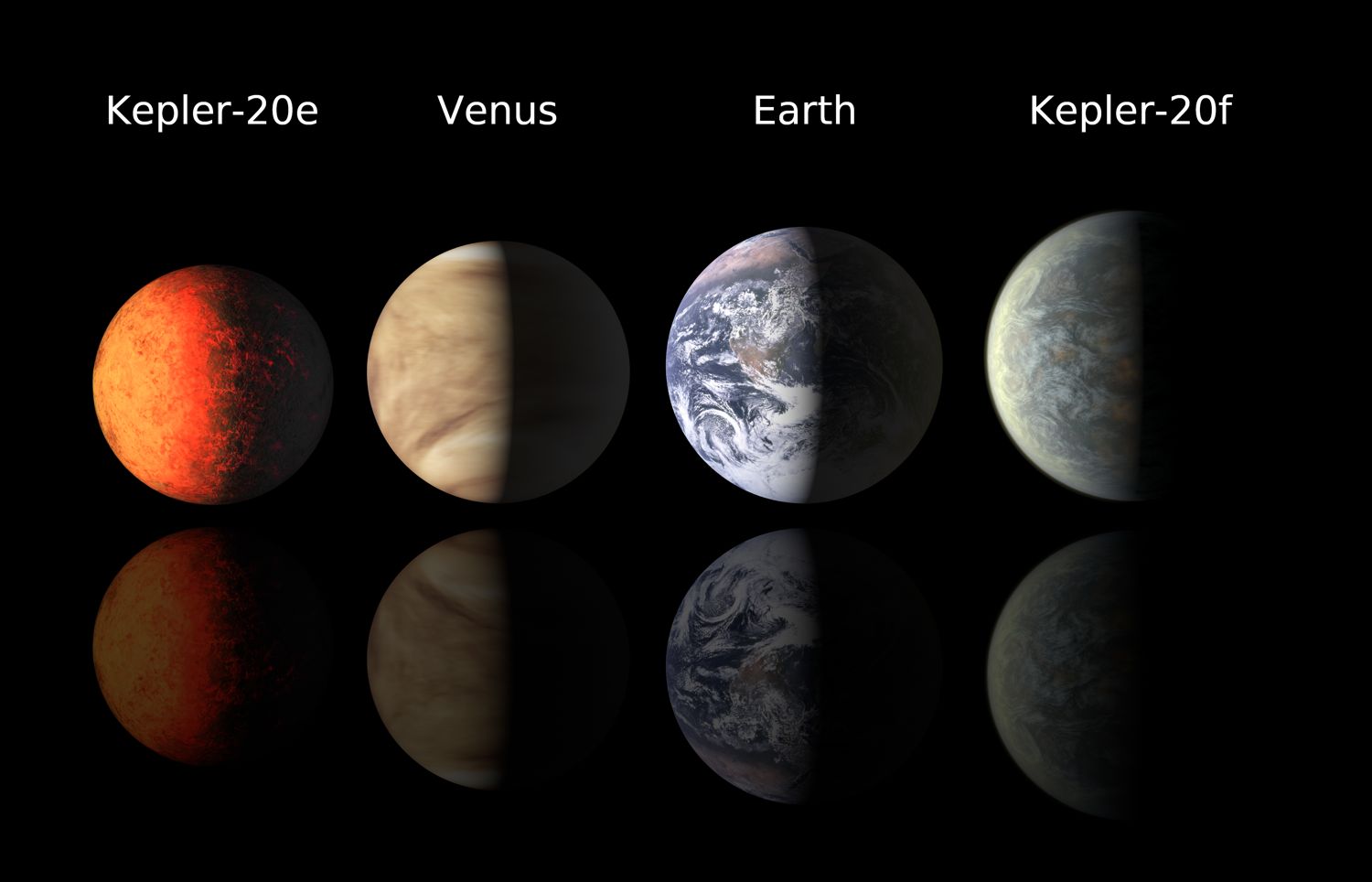 The first Earth-size planets found around a sun-like star compared to planets in our own solar system, Earth and Venus. NASA’s Kepler mission discovered the newly found planets Kepler-20e and Kepler-20f, which are shown here as artists’ concepts. Image credit: NASA/Ames/JPL-Caltech

Kepler is an exoplanet hunter, scanning the skies for planets that orbit sun-like stars in each star’s habitable zone — the region in which liquid water could theoretically exist on a planet’s surface. The mission is designed to help astronomers find Earth-like planets, and planets that are possible candidates for harboring life. Kepler was launched on March 6, 2009 and has since discovered 61 confirmed planets and 2,321 planet candidates. It has been approved for continuation through Sept. 30, 2016, which is the end of fiscal year 2016. 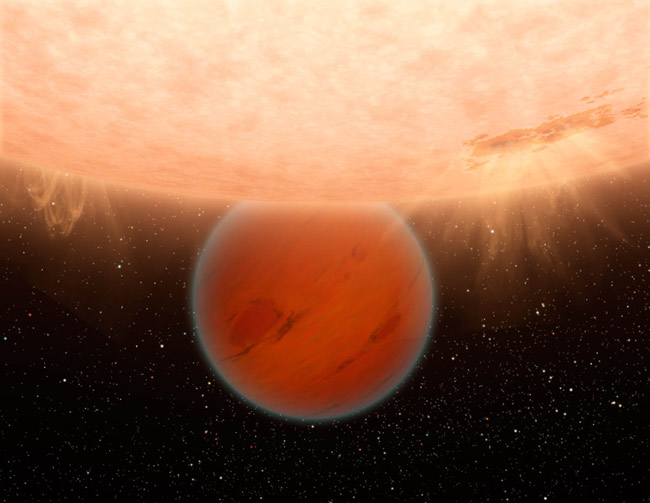 NASA’s Spitzer Space Telescope studies the atmospheres of exoplanets. For example, it found evidence that a hot, Neptune-sized planet orbiting a distant star lacks methane – an ingredient common to many planets in our own solar system. This planet is GJ 436b – shown here as an artist’s concept. Image Credit: NASA/JPL-Caltech

The Spitzer Space Telescope is currently investigating the atmospheres of exoplanets. When it was originally launched on August 15, 2003, it operated at extremely cold temperatures, in order to allow it to read infrared light. Clouds of dust and gas can obscure views of forming planets and stars in visible light, but reading infrared light allows astronomers to peer through the clouds. Spitzer ran out of coolant in 2009, ending the first phase of its mission, but can still perform science during its current “warm” stage. Spitzer has been extended for two years, and the team can apply for a further extension in 2014. 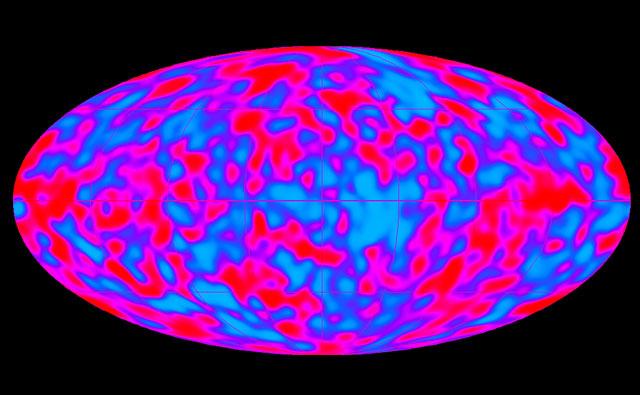 A map of the cosmic microwave background created by the COBE satellite (Image Credit: NASA, DMR, COBE Project). The Planck mission, launched in 2009, will create an even more detailed map of this leftover, cooled down radiation from our universe’s early history.

The Planck mission’s main goal is to read cosmic background radiation, microwaves left over from the big bang that permeate the universe. By reading this radiation, astronomers can get a glance into the environment in the very early universe, giving us insight into how the universe itself formed—and where it might be going. Planck is a mission of the European Space Agency. NASA has approved funding for one additional year of U.S. involvement in the Planck mission, and the team plans to reapply after the European consortium approves a third data release.

Bottom line: NASA announced on April 5, 2012 that it will be extending the Spitzer Space Telescope, Kepler, and the U.S. portion of the European Space Agency’s Planck mission. The decision is a result of NASA’s 2012 Senior Review of Astrophysics Missions, which also extends another six missions.