Kepler has been amazing, but its field of view is small. TESS will be able to survey the entire sky, seeking planets orbiting other stars.

NASA announced this afternoon (April 7, 2013) that it has selected the Transiting Exoplanet Survey Satellite (TESS) project at MIT as the next-generation Earth-orbiting exoplanet hunter. Exoplanets are planets that move in orbit around distant stars. TESS’ launch – planned for 2017 – will be funded by a $200 million grant to an MIT-led team of space scientists and engineers.

The premiere Earth-orbiting exoplanet hunter currently is the Kepler Space Telescope, which – as of January 2013 – has spotted 2,740 candidate exoplanets. TESS will look for exoplanets in the same way that Kepler does. It will seek the tiny dip in starlight that occurs when, as seen from Earth, a distant planet passes in front of its star. Of course, Kepler is not the only planet-hunting technique. There’s a good explanation of others in this post.

Today, there are 861 confirmed exoplanets, according to the most recent update from exoplanet.eu on March 25, 2013. 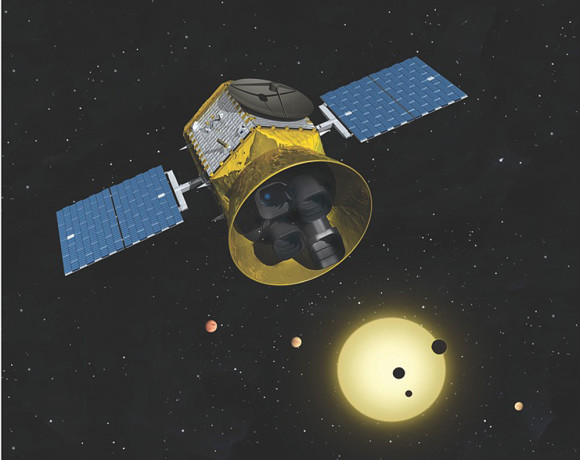 The Kepler Space Telescope has been amazing, but its field of view is small. It can access only 0.28 percent of the entire sky. In contrast, TESS will be able to survey the entire sky. In the past year, astronomers have been using the word billion to describe how many planets might orbit Milky Way stars. This is not a measured number. It is an estimate. Like Kepler, TESS will enable astronomers to refine their estimate of how crowded our Milky Way galaxy actually is, with planets.

Read more about TESS from MIT

Bottom line: NASA said on April 7, 2013 that it has selected the Transiting Exoplanet Survey Satellite (TESS) project at MIT as the next-generation Earth-orbiting exoplanet hunter. The launch is planned for 2017 and is funded by a $200 million grant to MIT.