Deadline for submissions in the NameExoWorlds contest is June 15, 2015. Fifteen stars and 32 planets (47 objects total) in 20 solar systems available for naming. 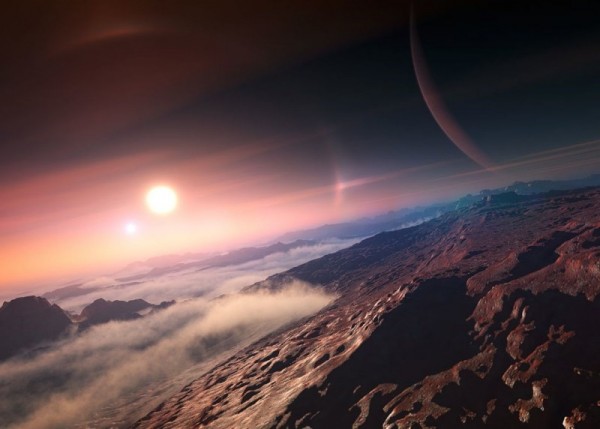 Artist’s concept of exoplanet, seen from its moon, via IAU

Registered clubs and non-profit organizations are invited to submit proposals to the International Astronomical Union (IAU) and Zooniverse in the first-ever NameExoWorlds contest. Register here. This is the first time the public has been invited to name exoplanets, and also, for the first time in centuries, to give popular names to some stars — those that have known exoplanets in orbit around them. There are 15 stars and 32 planets (47 objects in total) available for naming. The name of the 20 host stars are explained and personal messages from some discoverers are also available here.

The list of the 20 ExoWorlds can be found here. Some of them are single-planet systems, while others are multiple-planet systems. Each organization can submit one naming proposal, for one ExoWorld only. The number of names that need to be submitted depends on which system is selected. For single- and multiple-planet systems, a name for each planet must be submitted, as well as one for the host star. In the 20 ExoWorlds list, five stars already have common names. Consequently, these five stars cannot be considered for public naming. 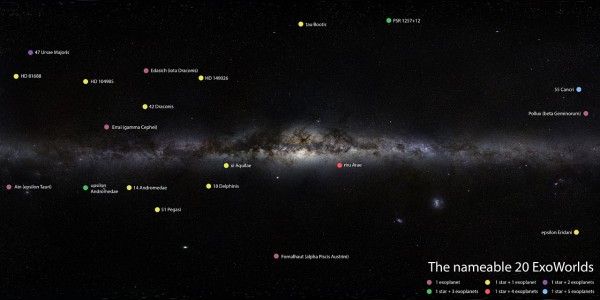 To participate in the contest, clubs and non-profit organisations must first register with the IAU Directory of World Astronomy. The deadline for registrations has been extended to 23:59 UTC on 1 June 2015.

All naming submissions having to abide by the IAU Exoplanet naming conventions and must be supported by a detailed argument for their choice. The deadline for submitting naming proposals is 23:59 UTC on June 15, 2015.

Once this stage has concluded, the public worldwide will be invited to vote on their favorite proposed names.

The final results are expected to be announced at a special public ceremony held during the IAU XXIX General Assembly in Honolulu, August 3–14 , 2015.