Move over Comet ISON. A new Comet Lovejoy has arrived

Australian amateur astronomer Terry Lovejoy has discovered a new comet. The new Comet Lovejoy will occupy the same part of the sky as Comet ISON by November 2013.

Many are anticipating the brightening of Comet ISON, which is now in Earth’s predawn sky, not far from the bright planets Jupiter and Mars, but too faint to see without telescopes and/or photographic equipment. Read more about Comet ISON here. In the meantime, on September 9, 2013, noted comet discoverer Terry Lovejoy of Australia announced another new comet, bringing his total number of comet discoveries to four. The newest Comet Lovejoy will be in the same part of the sky as Comet ISON beginning in November. What a cool photo opportunity! 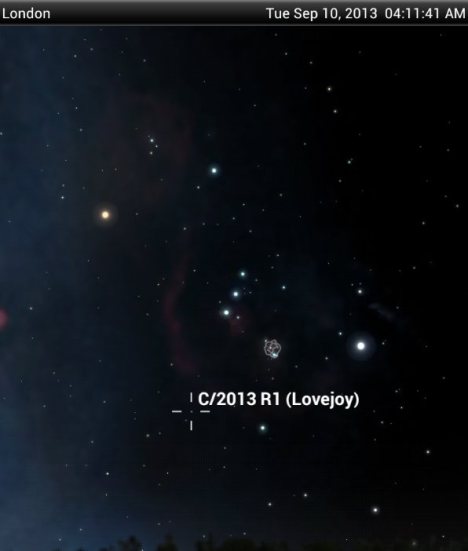 Comet Lovejoy’s location on the sky’s dome now. It is up in the morning sky, as seen from across the Earth. Image via Cumbrian Sky.

The new comet has been formally labeled as C/2013 R1 Lovejoy. Terry Lovejoy apparently used a relatively small 8-inch (20 cm) Schmidt-Cassegrain reflecting telescope to photograph the new comet for two nights, as this faint object was located on the sky’s dome in front of the border between our constellations Orion and Monoceros.

Now that the comet has been confirmed by other astronomers, amateur astronomers will be getting excited! Watch this space. 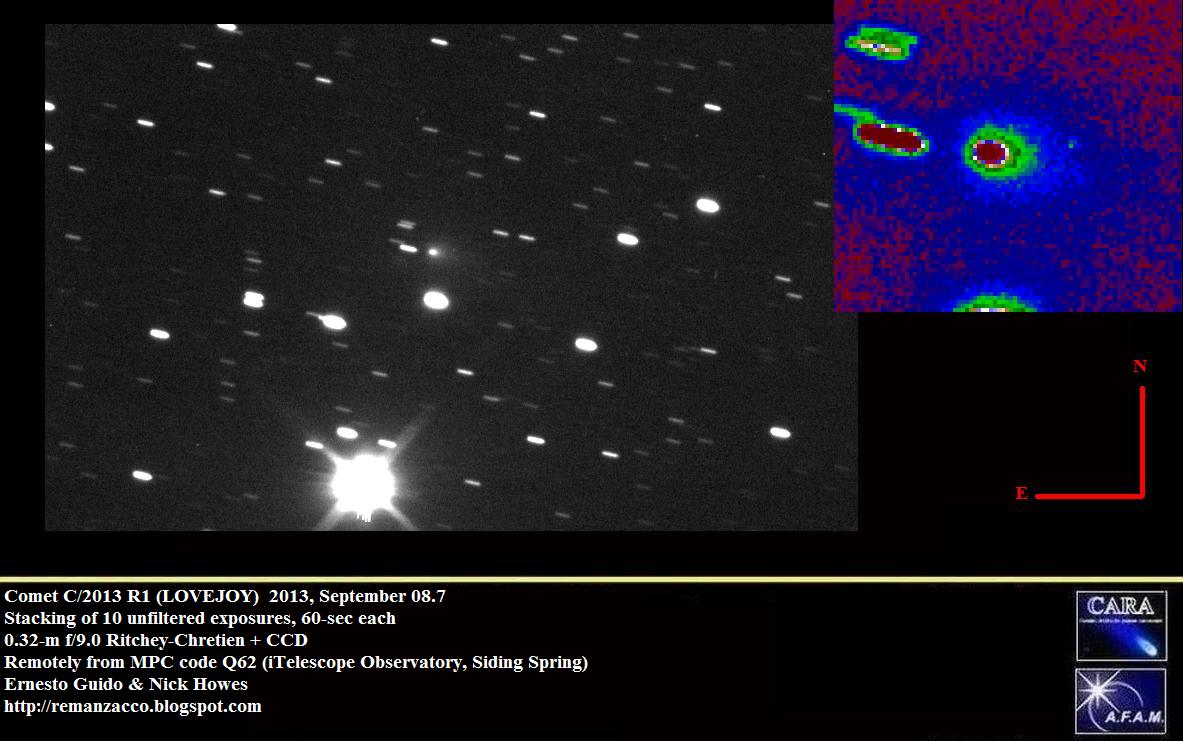 Both Comet ISON and Comet Lovejoy are faint now. Both will get brighter. Unlike ISON, no one is expecting Comet Lovejoy to become visible to the eye alone. It might not be all that easy to spot through a telescope. So why the excitement? For sure, some will photograph the two comets together on the sky’s dome.

By the way, there will actually be three comets visible in the sky together in early November. Comet Encke will be joining the crowd around then. Read more the “comet convoy” at Cumbrian Sky.

Bottom line: Australian amateur astronomer Terry Lovejoy has discovered a new comet, his fourth. The new Comet Lovejoy will be in the same part of the sky as Comet ISON beginning around the start of November 2013. For those with the right equipment, it’ll be a great photo opportunity.