A second range of ice mountains has been found on Pluto, in images from New Horizons. 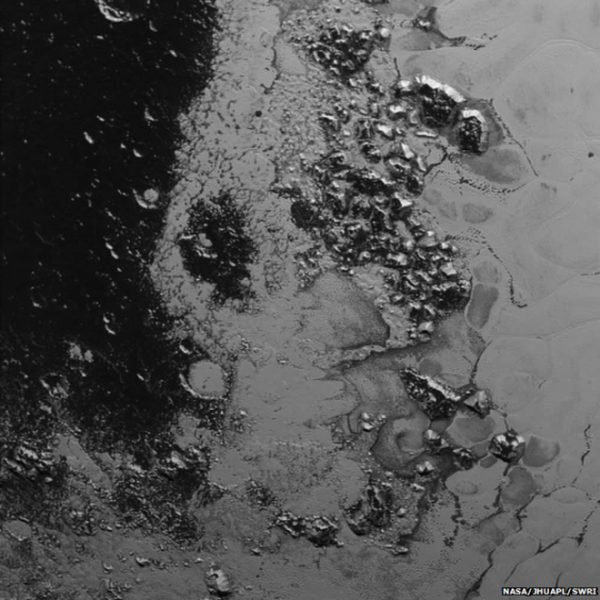 A second range of ice mountains has been discovered on Pluto. Is that sunglint on the mountainsides? Image via New Horizons spacecraft as it passed near on July 14, 2015.

Here’s a new image just released of a second range of ice mountains on Pluto. The New Horizons spacecraft using the LORRI (LOng Range Reconnaissance Imager) camera captured this image when it swept closest on July 14, 2015. There are images coming shortly that will be about four times sharper than this one!

The area shown in the photo above is 150 miles (250 km) wide. This area covers approximately 1% of Pluto’s surface area.

The mountains shown here are near the equator on Pluto on the boundary of Tombaugh Regio, the large heart-shaped region on Pluto. The mountains are 4,950 feet (1,500 meters) tall. Sputnik Planum – a wide icy plain – is to the right.

The margin of the ‘heart’ or Tombaugh Regio is clearly visible to the left, and notice how very dark, heavily cratered and ancient that area is, and yet how bright, smooth and young the plains are to the right.

Pluto is getting stranger every day. 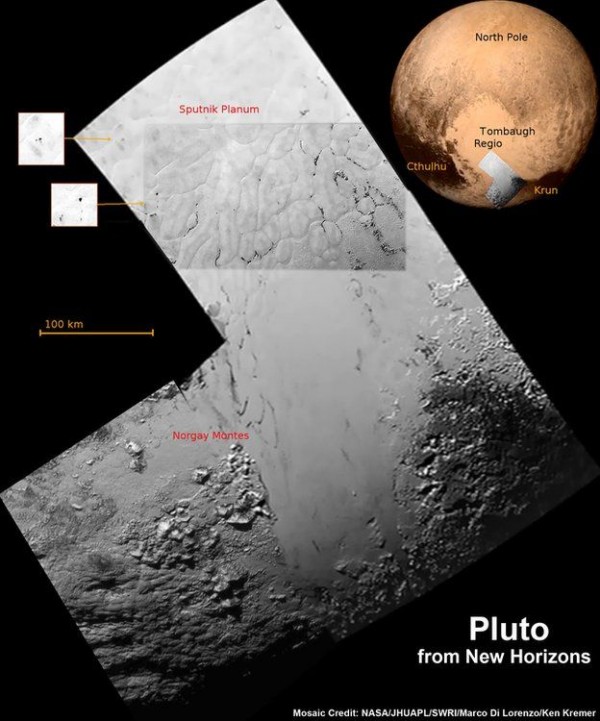 Bottom line: A second range of ice mountains has been found on Pluto.