Moon’s tilt has changed over time

Did the ‘man in the moon’ look different from ancient Earth? Yes, according to new research showing that the moon has undergone what’s called True Polar Wander. 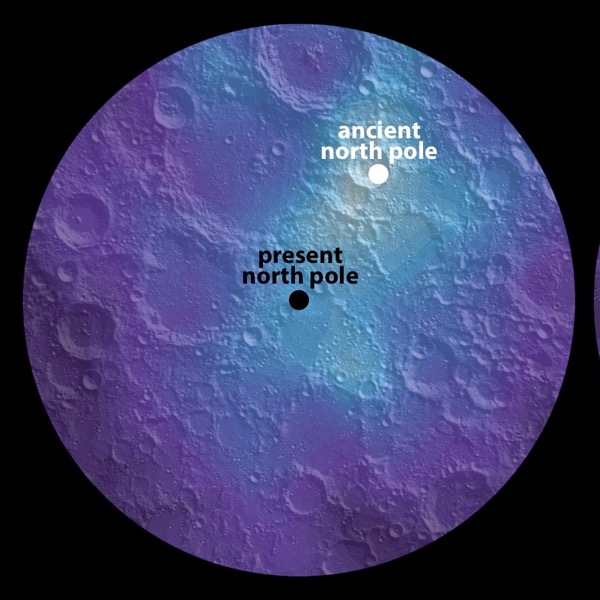 The moon’s axis rotation – the imaginary stick around which the moon spins – has moved by at least six degrees, and that motion is recorded in ancient lunar ice deposits, according to new research. A physical change in the moon’s spin axis is known as True Polar Wander, and this is the first physical evidence that the moon has undergone it. The new paper was published in the journal Nature on March 23, 2016.

The new work suggests that the shift in the moon’s tilt originates in a warm, low-density region of the moon’s mantle – below the crust – under the famous dark patches known as the lunar maria. The lunar maria are ancient beds of lava on the moon. These scientists said in a statement that:

… the same heat source that caused the volcanic maria to form also warmed the mantle.

Matthew Siegler of the Planetary Science Institute in Tucson, Arizona is lead author of the paper. He said that, as a result of the change in the moon’s tilt:

The same face of the moon has not always pointed towards Earth. As the axis moved, so did the face of the ‘man in the moon.’ He sort of turned his nose up at the Earth. 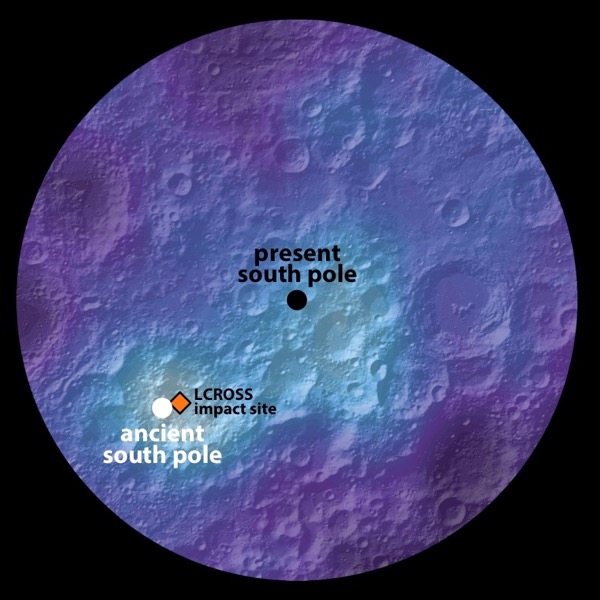 The authors analyzed data from several NASA missions, including Lunar Prospector, Lunar Reconnaissance Orbiter (LRO), Lunar Crater and Observation Sensing Satellite (LCROSS), and the Gravity Recovery and Interior Laboratory (GRAIL), to build the case for a change in the moon’s orientation.

They already knew that water ice can exist on Earth’s moon in areas of permanent shadow. They knew that, if water ice on the moon is exposed to direct sunlight, it evaporates into space.

They showed via the spacecraft evidence that a shift of the lunar spin axis billions of years ago enabled sunlight to creep into areas that were once shadowed and likely previously contained ice.

The researchers found that the ice that survived this shift effectively paints a path along which the moon’s axis moved.

They then matched the path with models predicting where the ice could remain stable and inferred the moon’s axis had moved by approximately five degrees.

Siegler commented that this new work:

… gives us a way to model exactly where the [moon’s] ice should be, which tells us about its origin and where astronauts might find a drink on future missions to the moon. 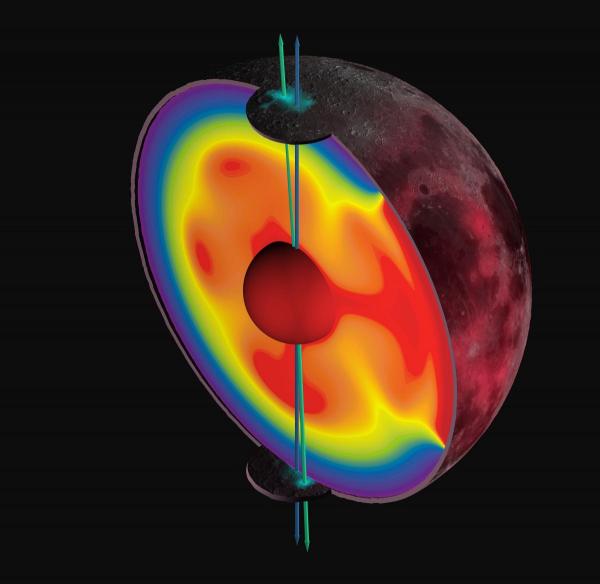 Cross section of the moon, showing the change in the moon’s tilt over time. The reorientation from an ancient spin pole (green arrow) to the present-day spin pole (blue arrow) was driven by the formation and evolution of the Oceanus Procellarum – Ocean of Storms — a dark lunar mare or ancient lava field on the moon’s nearside, associated with a high abundance of elements producing heat due to radioactivity, a high heat flow, and ancient volcanic activity. Image via James Tuttle Keane, University of Arizona

Co-author James Keane, of the University of Arizona in Tucson, modeled the way changes in the lunar interior would have affected the moon’s spin and tilt. He found that a dark region, or mare, on the moon’s nearside known as the Oceanus Procellarum – the Ocean of Storms – was the only feature that could match the direction and amount of change in the axis found in the moon’s spin axis. According to the statement:

… concentrations of radioactive material in the Procellarum region are sufficient to have heated a portion of the lunar mantle, causing a density change significant enough to reorient the moon.

Some of this heated mantle material melted and came to the surface to form the visible dark patches that fill large lunar basins known as mare.

It’s these mare patches that give the man in the moon his ‘face.’

Read more about this study from the Planetary Science Institute

Bottom line: Scientists used spacecraft data to show that a shift of the moon’s spin axis billions of years ago let sunlight illuminate areas that were once shadowed and likely previously contained ice. They then matched this information with models predicting where the ice could remain stable and inferred a shift in the moon’s tilt.