Check out a new lunar crater

Sure, most of the moon’s craters were made billions of years ago. But – even now – the moon is still being hit by a surprising number of meteoroids.

A new paper confirms that our moon is still being hit by a surprising number of meteoroids. The top layer of lunar soil is churned (or “gardened”), as a result, more than 100 times faster than previously thought. What does it mean? Only that some lunar features may be younger than we thought, and any future lunar base will have to be sturdier than we might have supposed. Also, it means the footprints left by asteroids on the moon will be gone in tens of thousands of years, rather than millions as earlier believed. The new work is based on images acquired by NASA’s Lunar Reconnaissance Orbiter (LRO) and is published in the October 13, 2016 issue of the peer-reviewed journal Nature.

The new Nature paper is from the LRO team at Arizona State University, led by Emerson Speyerer.

Meanwhile, the (silent) video above is via Ernie Wright at NASA Goddard’s Scientific Visualization Studio. It simulates the distant view of a new impact on the moon. You see see a flash, then zoom all the way to the moon’s surface, where the animation blinks between actual before and after LRO images (M1105837846R and M1121160416R) that were used to detect a new 40-foot (12-meter) lunar crater. These images are featured in Speyerer’s paper in Nature.

Let’s talk for a sec about that word meteoroid. A streak of across Earth’s sky from an incoming space debris particle is called a meteor. A chunk of space debris that survives the fiery flight through out atmosphere and hits the ground is called a meteorite. Meanwhile, these same objects moving in the space around our sun are called meteoroids. Though I don’t recall ever hearing a strict delineation, we tend to think of asteroids as huge mountains of rock or metal in space. We think of meteoroids as smaller-sized space debris, and those smaller bits are what these scientists are mostly talking about here. So we’re not talking about world-destroying asteroid collisions, but about rock- or boulder-sized impacts, big enough to make a 40-foot crater. Read more here about variously sized objects from space and the sizes of their craters.

Remember, the moon doesn’t have a protective atmosphere as Earth does. So any incoming objects don’t burn up in an atmosphere; they just strike.

The Lunar Reconnaissance Orbiter has been orbiting the moon since 2009, and its narrow-angle camera has photographed a large percentage of the moon’s surface many times. By looking for differences between earlier and later images, Speyerer’s group found over 200 new craters large enough for the camera to see (at least 16 feet, or 5 meters, in diameter), as well as thousands of what they call splotches, many of which, they say, are likely caused by smaller craters.

The term gardening rate on the moon, which you’ll see in the title to the video above, is used by scientists to describe the rate at which the top few inches (centimeters) of regolith or lunar soil is churned and replaced by impacts from space objects.

By analyzing LRO photos, these researchers concluded that the rate of churning of lunar soil over 100 times faster than previously thought.

What does all these mean for Earth? Nothing we didn’t already know. I refer you back to this article from 2014, which describes how, between 2000 and 2013, an Earth-based network for detecting human-caused nuclear detonations inadvertently detected 26 explosions on Earth ranging in energy from 1 to 600 kilotons — all caused not by nuclear explosions, but rather by asteroid (or meteoroid) impacts. To put that in perspective, the atomic bomb that destroyed Hiroshima in 1945 exploded with an energy impact of 15 kilotons. Read more here. 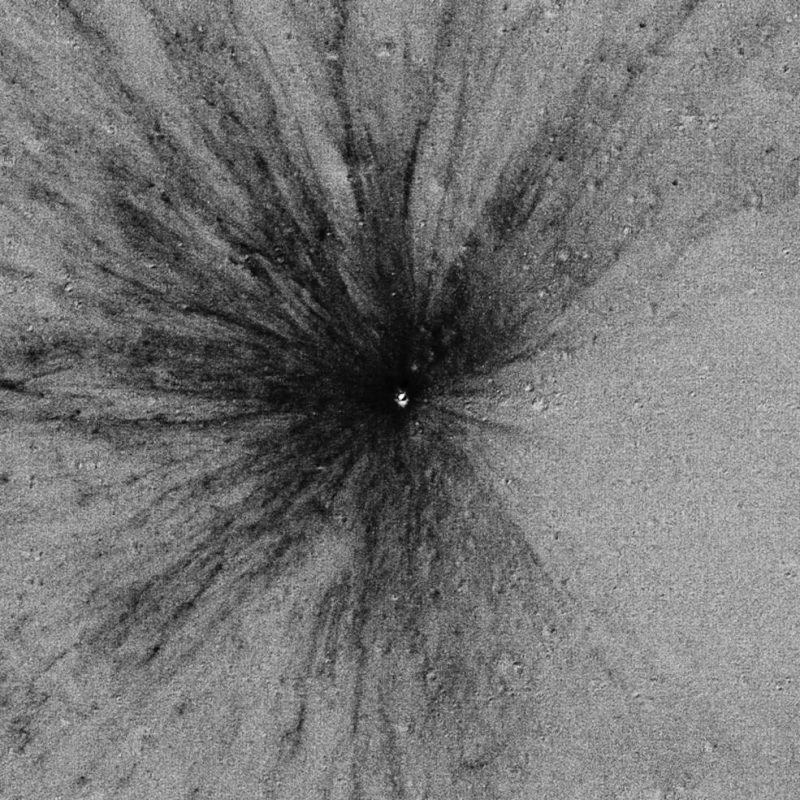 Here’s a closer look at the new 40-foot (12-meter) impact crater on the moon, depicted in the video above. A comparison of LRO images confirms it formed between October 2012 and April 2013. The scene is approximately 4,200 feet (1,300 meters) wide. New crater and its continuous ejecta are seen as the small bright area in the center, dark areas are the result of material blasted out of the crater to distances much further than previously thought. Image via NASA. 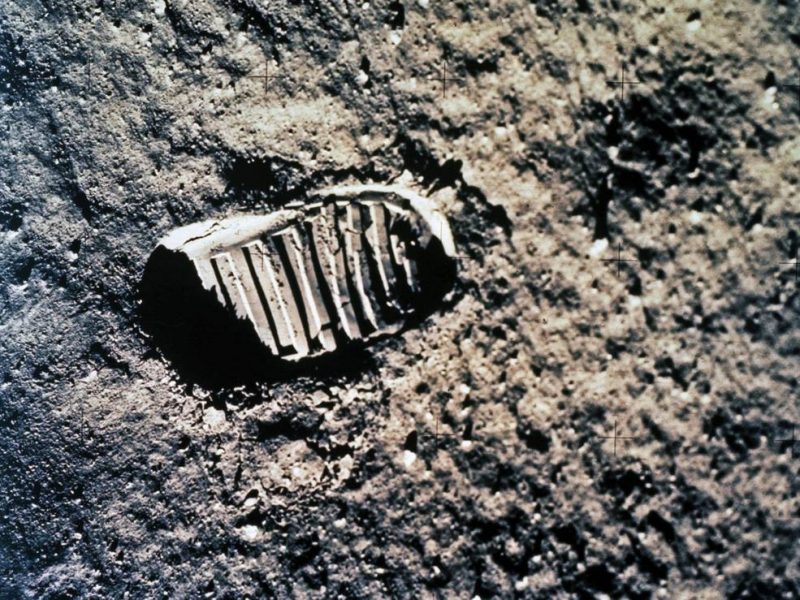 “The newly determined churning rate means that the Apollo astronaut tracks will be gone in tens of thousands of years rather than millions,” said Mark Robinson of Arizona State University, a co-author of the new paper. Image via NASA.

Bottom line: A new paper published in Nature on October 13, 2016 confirms that our moon is still being hit by a surprising number of meteoroids. The paper is based on images acquired by NASA’s Lunar Reconnaissance Orbiter, which has been orbiting the moon since 2009.