Posted by Bruce McClure and Deborah Byrd in Space | February 28, 2014

Mercury has returned to the east before dawn. It’ll have a long apparition extending through April. Start watching Mercury now, and enjoy it for a month!

Bravo! GregDiesel Landscape Photography caught the planet Mercury before sunrise on February 27, 2014. Mercury will remain in the morning sky until late April. It’ll be a most wonderful morning apparition of Mercury for the Southern Hemisphere, though less good one for the Northern Hemisphere. And it’s just now beginning. 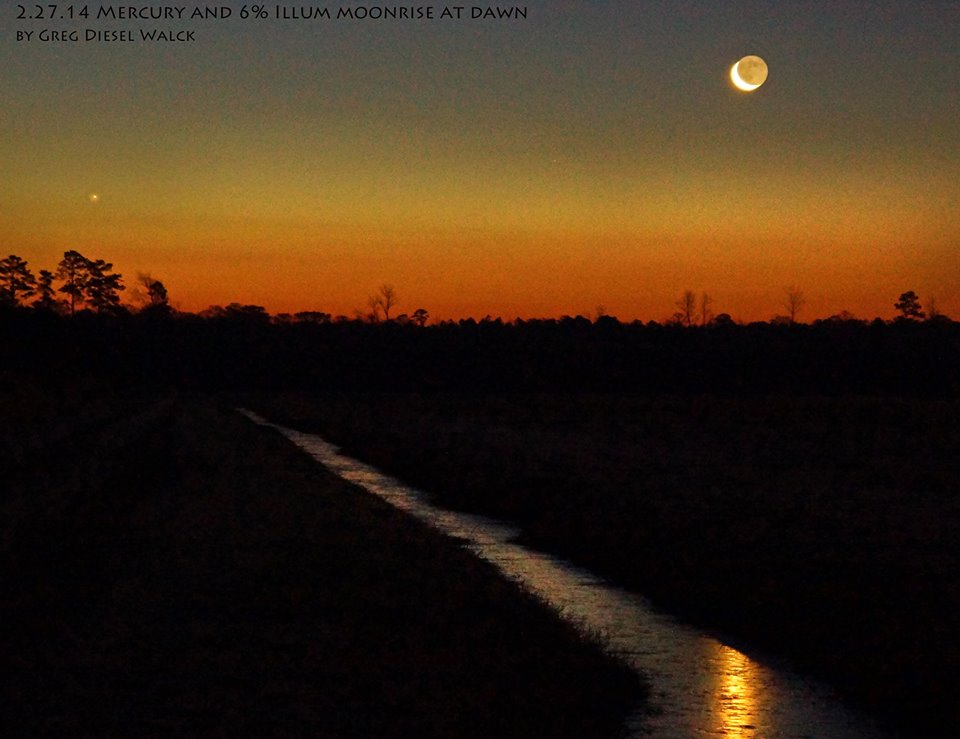 Bottom line: In late February 2014, the planet Mercury is just returning to the eastern predawn sky for a long apparition that’ll run through April. GregDiesel Landscape Photography captured this image of the planet near the moon on Feburary 27.