Click here to learn about the mysterious Gamma Delphinid meteor shower, which might produce a good meteor display Tuesday morning, according to clocks in North America.

Sky watchers in North and South America are well placed for seeing a possible outburst of meteors Tuesday morning, from a mysterious stream of cometary debris, known to have crossed paths with Earth only once before, in 1930. Forecasters Peter Jenniskens (SETI Institute) and Esko Lyytinen (Helsinki, Finland) predict the return of the Gamma Delphinid meteor shower at around 0830 UT (04:30 am EDT) on June 11, 2013. The shower is expected to last no more than about 30 minutes to an hour, producing an unknown number of bright, fast meteors. A dark location will be best for observing the shower. 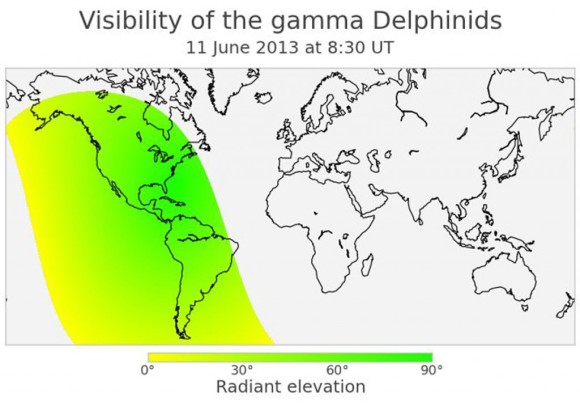 North and South America are well placed for viewing a possible outburst Gamma Delphind meteors on the morning of June 11, 2013. Map via AstroBob.

The Gamma Delphinids have only been seen once before, in 1930. On June 11 of that year, members of the American Meteor Society reported observing a spate of meteor activity for a 30-minute period during the night. The shower came and went within minutes and was entirely unexpected. The moon was bright that night, nearly full, and yet even bright moonlight couldn’t obscure the shower; observers witnessed a large number of meteors in the moon’s glare. Tonight (June 10-11), the moon will be largely absent from the night sky, setting soon behind the sun in early evening, leaving the sky dark for meteor-watching. 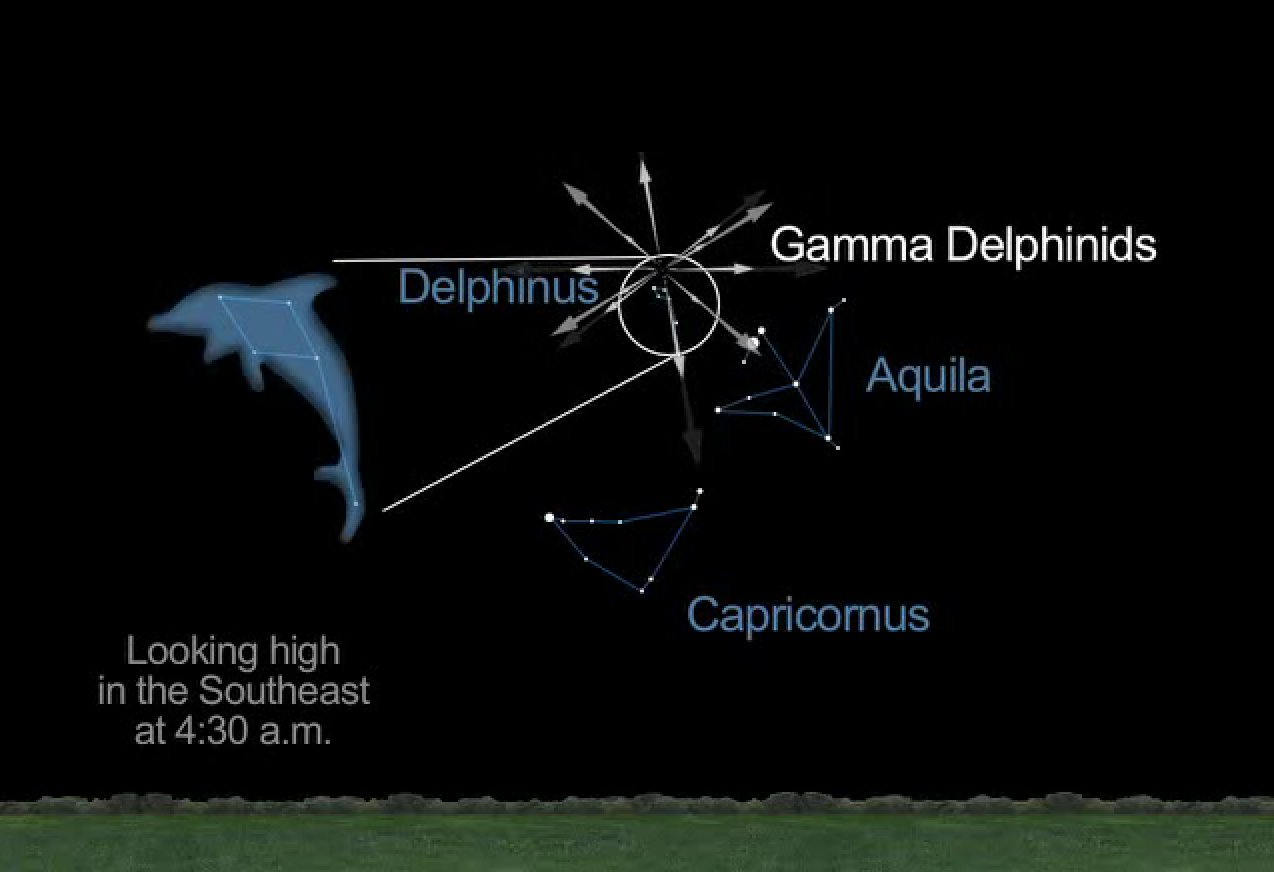 View larger. | The Gamma Delphinid meteors radiant from the tiny constellation Delphinus the Dolphin (dolphin image is enlarged on this map, in contrast to real sky). Map via AboveTopSecret.com

The comet that spawned this shower hasn’t been identified. It may be a long-period comet, with an orbit around the sun hundreds of years long. As comets sweep around the sun, they leave behind a thin trail of icy debris. When Earth encounters a stream of cometary debris in space, the debris enters our atmosphere and vaporizes due to friction with the air. We see the vaporizing, falling debris as meteors.