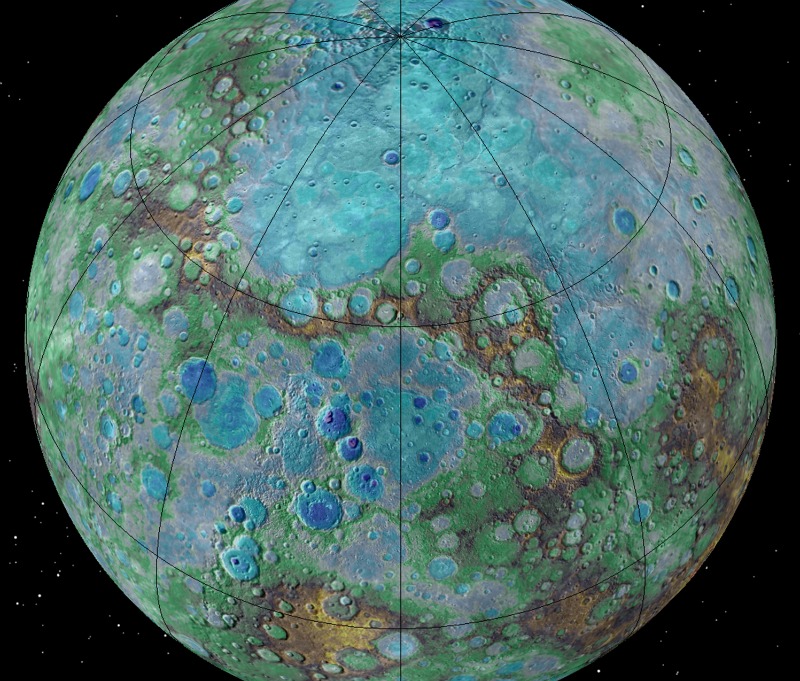 The study, published in the online edition of Nature Geoscience on September 26, 2016, is based on images obtained by NASA’s MESSENGER spacecraft. The images reveal previously undetected small fault scarps — cliff-like landforms that resemble stair steps. These scarps are small enough that scientists believe they must be geologically young, which suggests that Mercury is still contracting and that Earth is not the only tectonically active major planet in our solar system, as previously thought.

Tom Watters, Smithsonian senior scientist at the National Air and Space Museum in Washington, D.C. is the study lead author. Watters said in a statement:

The young age of the small scarps means that Mercury joins Earth as a tectonically active planet, with new faults likely forming today as Mercury’s interior continues to cool and the planet contracts.

Large fault scarps on Mercury were first discovered in the flybys of Mariner 10 spacecraft in the mid-1970s. The large scarps were formed as Mercury’s interior cooled, say scientists, causing the planet to contract and the crust to break and thrust upward along faults making cliffs up to hundreds of miles long and some more than a mile (over 1.5 kilometers) high. 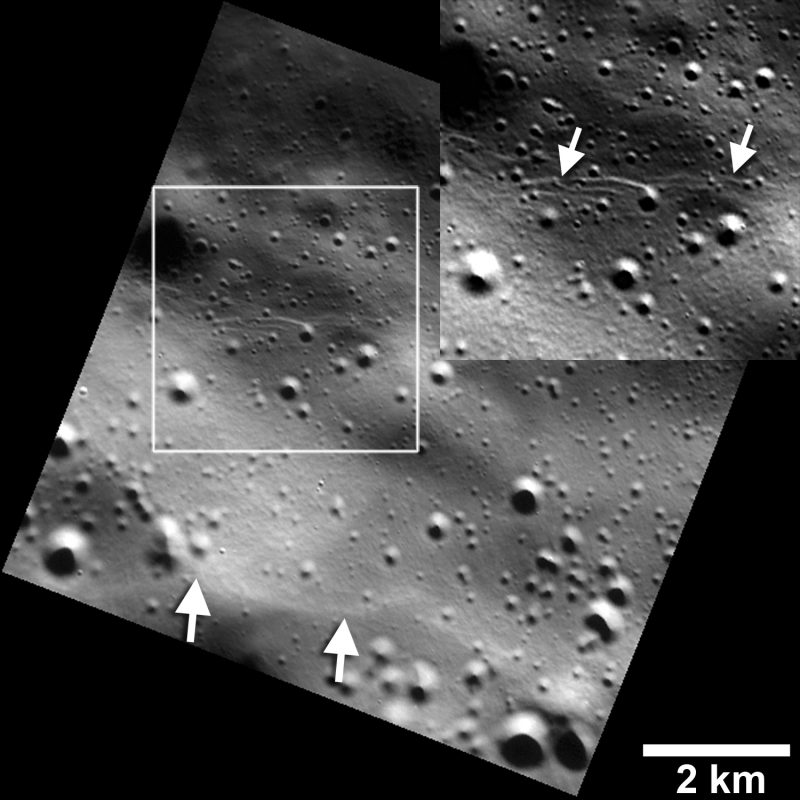 Small graben, or narrow linear troughs, have been found associated with small fault scarps (lower white arrows) on Mercury, and on Earth’s moon. The small troughs, only tens of meters wide (inset box and upper white arrows), likely resulted from the bending of the crust as it was uplifted, and must be very young to survive continuous meteoroid bombardment. Image via NASA/JHUAPL/Carnegie Institution of Washington/Smithsonian Institution

During the last 18 months of the MESSENGER mission, the spacecraft descended closer to Mercury, helping it to snap pictures of the planet’s surface in greater detail. These low-altitude images revealed small fault scarps that are orders of magnitude smaller than the larger scarps first spotted by Mariner 10. The small scarps had to be very young, investigators say, to survive the steady bombardment of meteoroids and comets.

This active faulting is consistent with the recent finding that Mercury’s global magnetic field has existed for billions of years and with the slow cooling of Mercury’s still hot outer core. It’s likely that the smallest of the terrestrial planets also experiences Mercury-quakes—something that may one day be confirmed by seismometers.

This is why we explore. For years, scientists believed that Mercury’s tectonic activity was in the distant past. It’s exciting to consider that this small planet – not much larger than Earth’s moon – is active even today.

MESSENGER launched August 3, 2004 and began orbiting Mercury March 18, 2011. The mission ended with a planned impact on the surface of Mercury on April 30, 2015. Scientists continue to study the data collected by the probe.

Bottom line: Images collected by the MESSENGER spacecraft suggest Mercury is contracting, and might be the only other major planet in the solar system to experience earthquakes – or “mercuryquakes.”