Was Mercury once habitable?

As unlikely as it may sound, Mercury may have once been able to support subsurface microscopic life, according to a new study from the Planetary Science Institute. 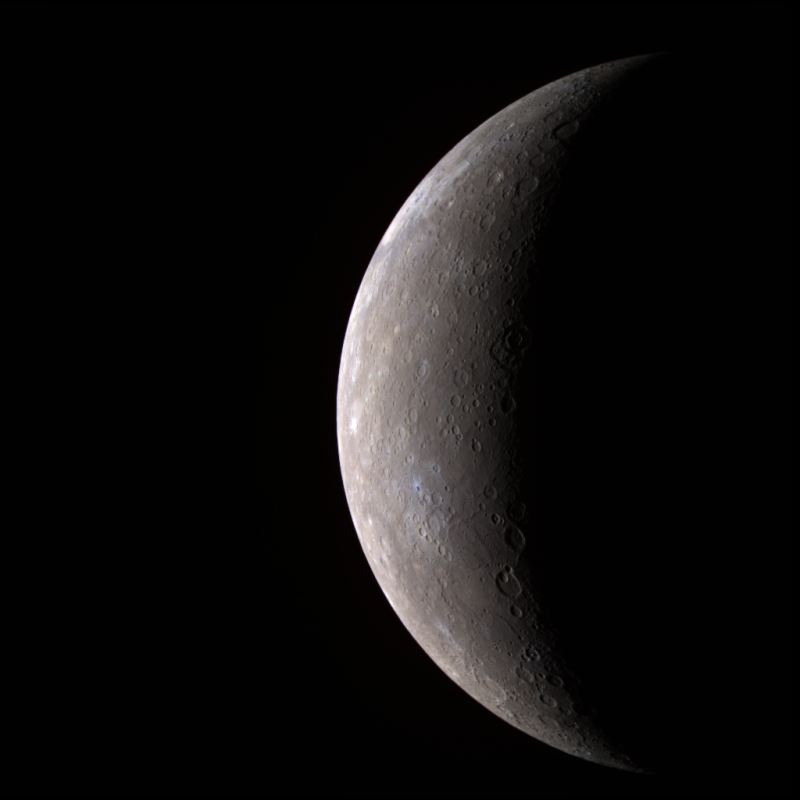 Mercury – closest planet to the sun in our solar system – as seen during the first flyby of the MESSENGER spacecraft in 2008. Image via NASA.

When it comes to the possibility of life elsewhere in our solar system, Mercury is easily one of the last places you’d think of. Being the closest planet to the sun – with no true atmosphere – it is a broiling, uninhabitable place of desolation. But was it always like that? As unlikely as it seems, a new study announced by researchers at the Planetary Science Institute (PSI) suggests that some regions in Mercury’s subsurface might have once been hospitable enough for prebiotic chemistry or – perhaps – even simple microscopic lifeforms.

The intriguing findings were published in a new peer-reviewed paper in Scientific Reports on March 16, 2020.

The study focuses on Mercury’s chaotic terrain (aka its weird terrain): vast, cratered and “knobby” landscapes first seen by the Mariner 10 flybys in 1974. There are evolving ideas on how it came to be, but – according to the new study – this terrain was created by the removal of massive amounts of volatiles – chemical elements and compounds with low boiling points – in Mercury’s upper crust (and not simply seismic disturbances from the Caloris Basin impact as long thought).

The chaotic terrain studied is antipodal – on the direct opposite side of the planet from – the Caloris Basin. The new analysis is based on much higher-resolution images taken later by the MESSENGER spacecraft. From the paper:

Mercury’s images obtained by the 1974 Mariner 10 flybys show extensive cratered landscapes degraded into vast knob fields, known as chaotic terrain (AKA hilly and lineated terrain). For nearly half a century, it was considered that these terrains formed due to catastrophic quakes and ejecta fallout produced by the antipodal Caloris Basin impact. Here, we present the terrains’ first geologic examination based on higher spatial resolution MESSENGER (MErcury Surface Space ENvironment GEochemistry and Ranging) imagery and laser altimeter topography. Our surface age determinations indicate that their development persisted until ~1.8 Ga, or ~2 Gyrs after the Caloris Basin formed.

Furthermore, we identified multiple chaotic terrains with no antipodal impact basins; hence a new geological explanation is needed. Our examination of the Caloris Basin’s antipodal chaotic terrain reveals multi-kilometer surface elevation losses and widespread landform retention, indicating an origin due to major, gradual collapse of a volatile-rich layer. Crater interior plains, possibly lavas, share the chaotic terrains’ age, suggesting a development associated with a geothermal disturbance above intrusive magma bodies, which best explains their regionality and the enormity of the apparent volume losses involved in their development. Furthermore, evidence of localized, surficial collapse, might reflect a complementary, and perhaps longer lasting, devolatilization history by solar heating. 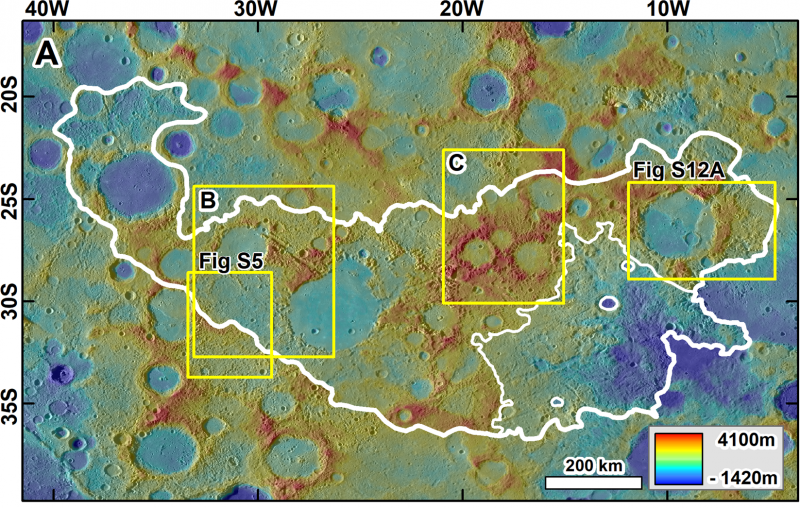 Map of a chaotic terrain on Mercury (white outline). This region is on the antipode – the opposite point on the sphere of the planet – from the Caloris basin. Image via Planetary Science Institute/ Scientific Reports. 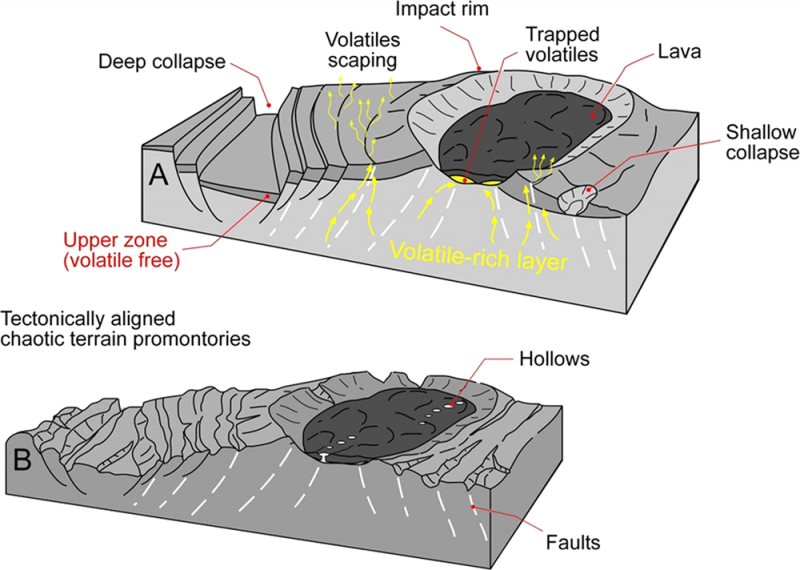 As lead author Alexis Rodriguez said in a statement for PSI:

The findings mean that Mercury had a thick volatile-rich – possibly but not necessarily water-rich – crust in this location. Mercury’s surface temperature reaches a scorching 430 degrees Celsius [800 degrees Fahrenheit] during the daytime, and in the absence of an atmosphere, it plummets to -180 degrees Celsius [-290 F] at night. So, its surface environments have rightfully been out of scientific consideration as a possible host of life. However, the paper raises the prospect that some subsurface regions of Mercury have shown capacity for hosting life.

The materials in the chaotic terrains were once part of geologic deposits deep underground, where crustal volatiles would have been protected. Those volatiles could have included water or water ice. PSI coauthor Daniel Berman said:

The deep valleys and enormous mountains that now characterize the chaotic terrains were once part of volatile-rich geologic deposits a few kilometers deep, and do not consist of ancient cratered surfaces that were seismically disturbed due to the formation of Mercury’s Caloris impact basin on the opposite side of the planet, as some scientists had speculated. A key to the discovery was the finding that the development of the chaotic terrains persisted until approximately 1.8 billion years ago, 2 billion years after the Caloris Basin formed.

Another coauthor, Gregory Leonard at the University of Arizona, said:

We identified multi-kilometer surface elevation losses within the chaotic terrains located at the Caloris Basin’s antipode. This finding indicates that enormous volumes of crustal volatiles turned into gas and escaped the planet’s upper crust over a surface area slightly larger than that of California, approximately 500,000 square kilometers [200,000 sq miles].

It has been thought that Mercury’s chaotic terrain was formed by the impact that created the Caloris Basin, but the new research suggests it may have been formed by the removal of crustal volatiles instead. Image via NASA/ SlidePlayer. 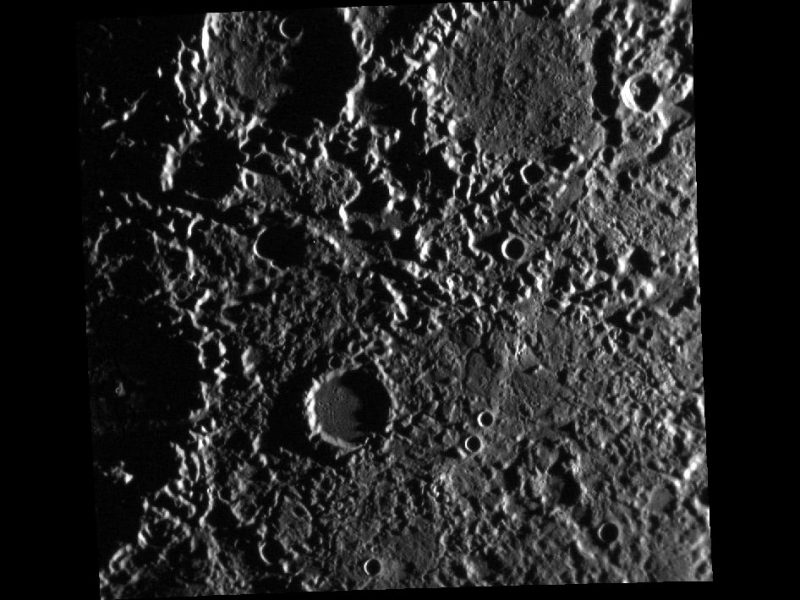 As Rodriguez also noted, the chaotic terrains on Mercury appear to be global, and might be found elsewhere as well, on Mercury-like exoplanets:

Our investigation also shows that there are also numerous extensive chaotic terrains in other regions of the planet, which have latitudinal distributions ranging from equatorial to subpolar. Hence, Mercury’s volatile-rich crust appears to be greater than regional, perhaps global, in extent, and it is most likely made up of compositionally diverse volatile compounds. The apparent compositional diversity suggests that the planet’s upper crust might effectively be comprised of a large number of compositional and thermal conditions, some perhaps habitable, existing in Mercury-like exoplanets.

But just how did the crustal volatiles get released from the subsurface? According to PSI scientist Kevin Webster, it was most likely due to volcanoes:

Vast lava fields formed soon after the development of the chaotic terrains, so volcanic heat could have destabilized and released the apparently vast volumes of crustal volatiles.

As for how Mercury obtained its volatiles in the first place, PSI scientist and coauthor Jeff Kargel added:

We also observe evidence of surficial devolatilization, probably caused by solar heating. If so, we have an opportunity to infer the range of Mercury’s volatile properties and compositions. A possibility is that Mercury’s volatile-rich crust was delivered via impacts from the frigid confines of the outer solar system or the main asteroid belt. Alternatively, volatiles were outgassed from the interior. 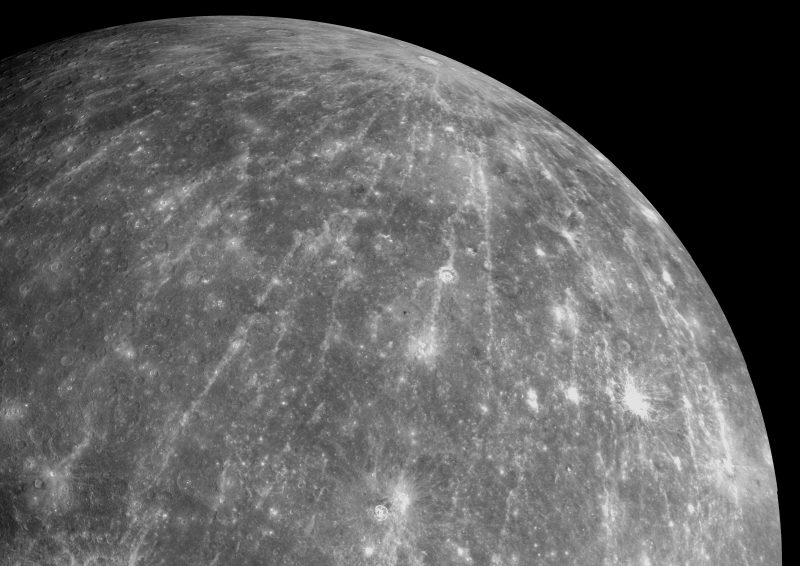 The researchers also noted that volatiles could have still been escaping from Mercury’s subsurface even much more recently, perhaps even still going on to this day. As Rodriguez noted:

Evidence of recent, and perhaps on-going, volatile losses from within near-surface geologic materials on Mercury has been previously documented through the investigation of small depressions known as hollows, which kind of resemble melt pits in terrestrial permafrost. However, an unresolved issue remains the age disparity between these hollows and their volatile-bearing geologic units, which are thought to be billions of years old. Our results suggest that some hollows might represent the locations where lavas or sublimation lags covering these ancient geologic materials underwent collapse. This is exciting because their distribution might highlight areas where we can effectively access volatile-rich material, that after billions of years existing in the subsurface, have been finally been exposed to the surface.

If Mercury’s early volatiles did include water or ice – something still unknown – then conceivably the planet could have had habitable niches in its subsurface. According to Kargel:

While not all volatiles make for habitability, water ice can if temperatures are right. Some of Mercury’s other volatiles may have added to the characteristics of a former aqueous niche. Even if habitable conditions existed only briefly, relics of prebiotic chemistry or rudimentary life still might exist in the chaotic terrains. 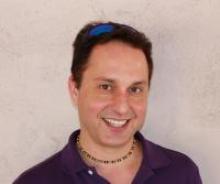 We also know that water ice still exists on Mercury today, in deep polar craters that are always in permanent shadow, and therefore much colder since there is no atmosphere to distribute heat from the sunlit regions. As PSI scientist Mark Sykes said:

If these results are confirmed, this and other similar areas of collapse on Mercury could be important considerations for future landing sites to investigate the origin of the planet’s volatile-rich crust and, perhaps, even its astrobiological potential.

The idea that Mercury could have supported life, or at least prebiotic chemistry, sounds outlandish at first thought, but – just maybe – this scorching, airless little world wasn’t always as inhospitable as it is now, at least underground.

Bottom line: Habitable conditions may have once existed in Mercury’s subsurface, according to a new study from the Planetary Science Institute.

Source: The Chaotic Terrains of Mercury Reveal a History of Planetary Volatile Retention and Loss in the Innermost Solar System