Is there life on Mars today?

SETI’s Nathalie Cabrol believes a widespread biosphere exists on Mars that has migrated underground over the past few billion years. 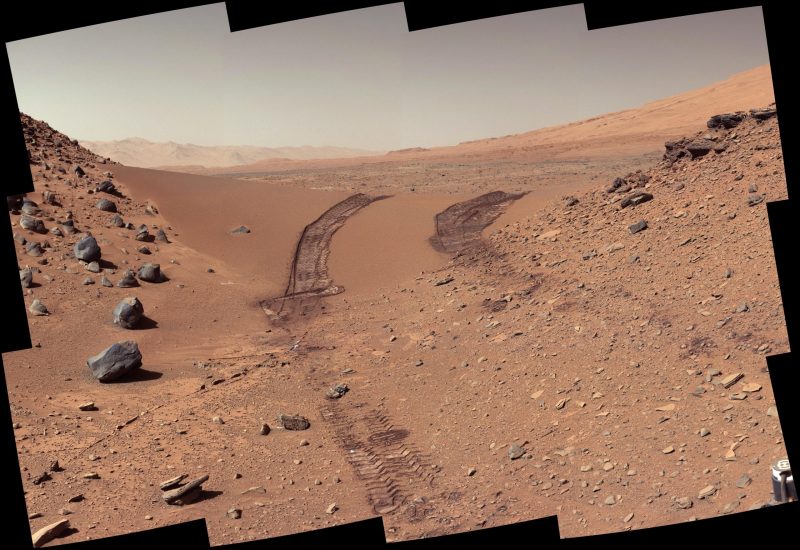 View larger. | Mars is a cold, dry, desert world – the world next door to Earth – a place with a thin atmosphere, changing seasons and infinite mystery and fascination for earthly explorers and visionaries. This image comes from the Curiosity rover in 2014. It’s via NASA’s Photojournal.

Nathalie Cabrol is director of the Carl Sagan Center for Research, part of the SETI Institute in Mountain View, California. SETI stands for the search for extraterrestrial intelligence. So it shouldn’t come as a surprise that a comment by Cabrol – published March 16, 2021 in the journal Nature Astronomy – challenges some scientists’ assumptions about life on Mars today. Cabrol argues that microbial life could be widespread on Mars, although we earthlings haven’t found it yet. Her argument is that – over the past 4 billion years – microbial Martian life might have migrated underground. If so, then landers such as Perseverance and the soon-to-come rover from China’s Tianwen-1 mission – along with future human missions to Mars – might indeed find life on modern Mars.

Cabrol’s study of a possible biosphere – a life-supporting region on modern Mars – stems from her studies of life in some of Earth’s harshest environments. For decades, scientists have studied what they call Mars analogs, places on Earth that come as close as possible to conditions on Mars, which is a cold, dry, desert world. So Antarctica, for example, has been studied as a Mars analog, and so are the extreme environments in the Chilean altiplano, which is the area where the Andes are the widest and is the most extensive area of high plateau on Earth outside Tibet. From that experience, she learned that a landscape that looks dead might support life:

You can walk on the same landscape for miles and find nothing. Then, maybe because the slope changes by a fraction of a degree, the texture or the mineralogy of the soil is different because there is more protection from UV, all of a sudden, life is here.

What matters in extreme worlds to find life is to understand the patterns resulting from these interactions. 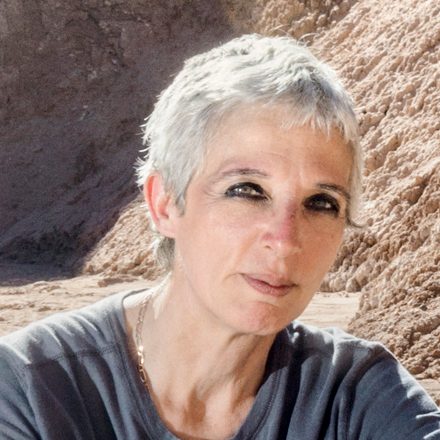 Nathalie Cabrol, director of the Carl Sagan Center for Research at the SETI Institute, has studied earthly environments that serve as analogs to life on Mars. Image via SETI.

Of course, earthly life depends on water, and thus water is an important factor to consider when looking for life as we know it on any other planet. But Cabrol notes that, in addition to water, what matters most inthe search for life on Mars is:

… how extreme environmental factors such as a thin atmosphere, UV radiation, salinity, aridity, temperature fluctuations and many more interact with each other, not only water.

According to Cabrol, it’s the interaction that:

… unlocks life’s distribution and abundance in those landscapes. That does not necessarily make it easier to find, as the last refuges for microbes in extreme environments can be at the micro- to nanoscale within the cracks in crystals. On the other hand, observations made in terrestrial analogs suggest that these interactions considerably expand the potential territory for modern life on Mars and could bring it closer to the surface than long theorized. 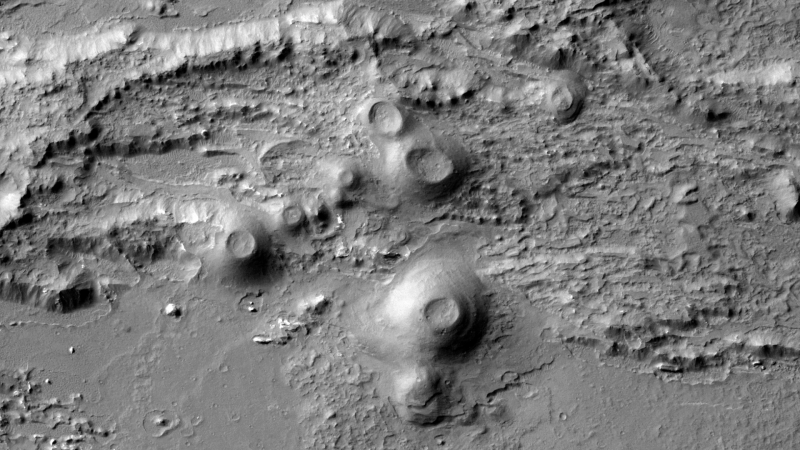 Young volcanoes in Coprates Chasma, Valles Marineris, are estimated to be 200-400 million years old. Young volcanoes such as these on Mars could maintain habitats and serve as dispersal pathways for microbes to navigate across the planet. Image via SETI Institute/ NASA-JPL/ MRO-University of Arizona.

Cabrol believes that finding life on Mars today is tied to what happened on the planet in the past. She looks at the 4-billion-year time span as a continuum of how life might have migrated from one region to another. While it’s important to look at where life could survive today, she said, it’s also important to understand how it might have dispersed and adapted over the entire history of the planet. Some 3.6 billion year ago, rivers, oceans, wind and dust storms could have spread microbial life to anywhere on the red globe. Cabrol said:

Dispersal mechanisms still exist today, and they connect the deep interior to the subsurface.

While at first glance Mars may appear to be a dead world, life could be anywhere we look. With human missions to Mars in the planning stages, Cabrol sees a looming deadline for us to retrieve pristine samples from Mars. 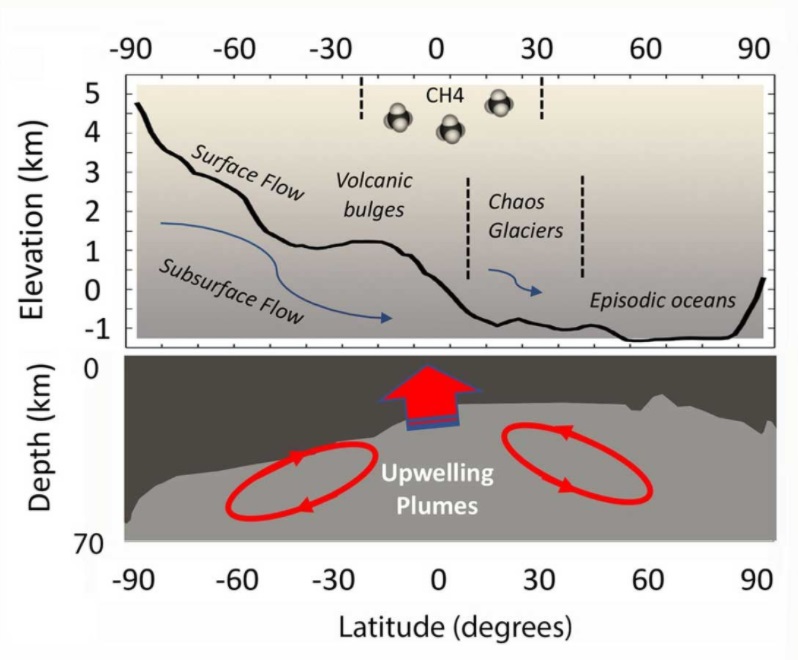 Elevation data from Mars Orbiter Laser Altimeter shows hydrology and energy flux as drivers over geologic times, creating both conditions for an origin of life, the formation of habitats, and dispersal pathways. While conditions do not allow sustained surface water in the present day, recent volcanic activity and subsurface water reservoirs may maintain habitats and dispersal pathways for a surviving biosphere. Image via SETI Institute.

Bottom line: SETI’s Nathalie Cabrol believes a widespread biosphere exists on Mars that has migrated underground over the past few billion years.