Long trip to Mars may cause astronauts to misread emotions

A study here on Earth simulating the weightless conditions of space travel showed that the longer the participants were exposed to a low-gravity environment, the more they perceived facial expressions as angry. 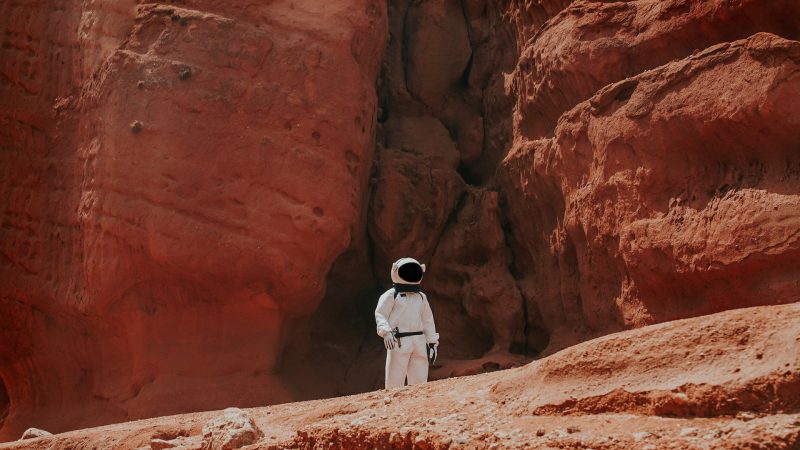 Will future explorers on Mars be able to overcome the cognitive issues associated with the long voyage in weightless conditions? Image via Nicolas Lobos/ Unsplash.

Astronauts on long space missions might experience a cognitive decline that causes them to be slower to read the emotions on other people’s faces and and more likely to perceive facial expressions as angry. That’s according to a new study by scientists from the University of Pennsylvania and German Aerospace Center (DLR), published on March 17, 2021, in the peer-reviewed journal Frontiers in Physiology.

In their study, the scientists subjected people to simulated weightlessness for two months and tested their cognitive skills, such as finding the one item that does not belong in a group of objects, or memorizing 10 shapes. In these cognitive tests, the participants showed an initial decline in speed but then remained unchanged over time. The exception was emotion recognition, or being able to describe the emotion on the face of someone in a photo, which continued to deteriorate. The decline of these kinds of abilities, say the researchers, could have serious consequences for the wellbeing of a crew on a long mission to Mars, because of the essential need for teamwork and harmony on such a precarious mission.

The study details experiments conducted to test for cognitive functioning on a long Mars mission. The study had 24 subjects spend 60 days confined to bed with their heads tilted downward by 6 degrees in order to simulate a weightless environment. Some of participants also underwent 30 minutes a day in a centrifuge to simulate short periods of gravity, a method that could be used in space to help counteract the effects of weightlessness. 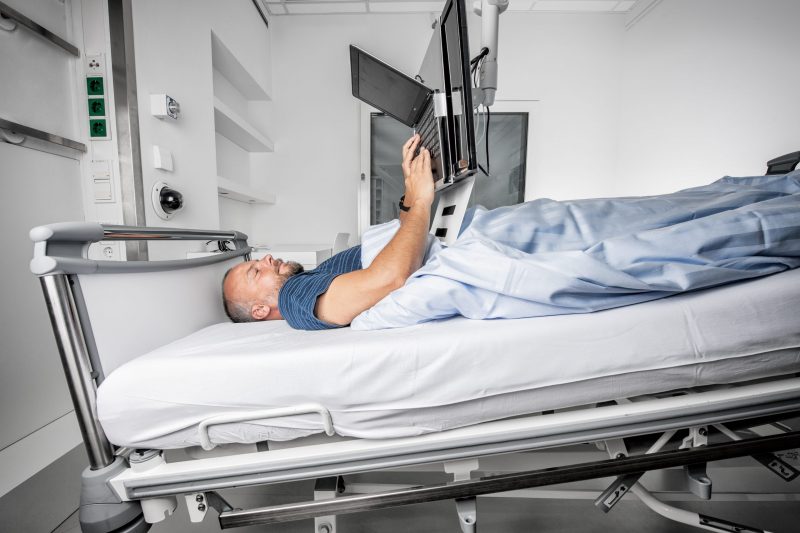 Head-down bed rest at a slight 6-degree angle is the standard way of simulating the effects of microgravity on Earth. Image via DLR. 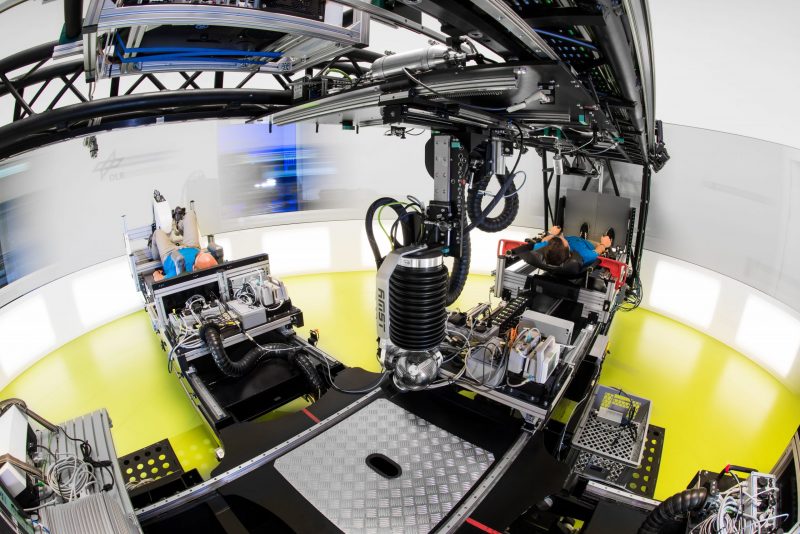 Test subjects in the centrifuge are spun to experience artificial gravity. Image via DLR. 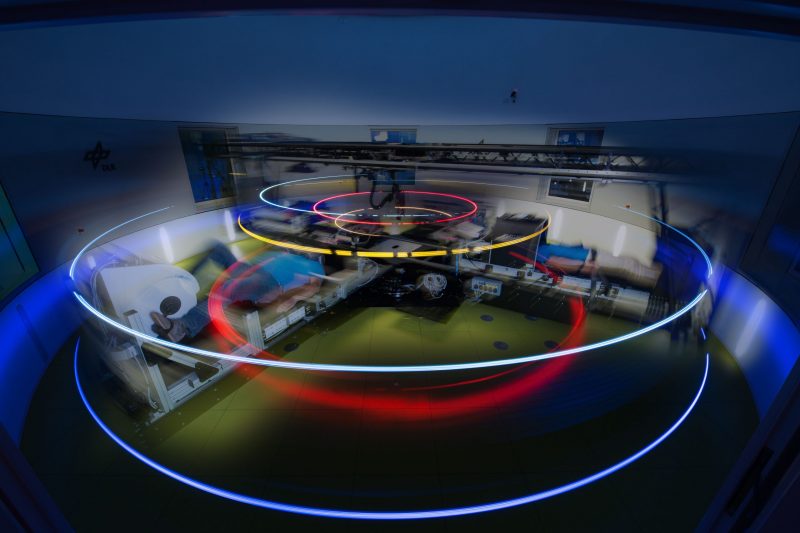 In this long-exposure photograph, the streaking lights show the motion of the spinning centrifuge. Image via DLR.

The participants completed cognitive tests along with a brief alertness and mood survey before, during and after the periods of head-down tilted bed rest. Early on, the subjects showed signs of slowing cognitive function, but only one factor experimenters tested for – emotion recognition performance – continued to decline throughout the study period. The longer the participants spent in the head-down tilted bed rest position, the longer it took them to recognize facial emotions. They also reported seeing more negative emotions on faces during and after the study than they did before the antigravity simulations began.

Being able to work together in space will be key to the success of any mission. Misreading emotional cues has all the earmarks of a dramatic space opera. But the threat is real. As Mathias Basner of the University of Pennsylvania, lead author on the cognition and antigravity study, said:

The astronauts’ ability to correctly ‘read’ each other’s emotional expressions will be of paramount importance for effective teamwork and mission success. Our findings suggest that their ability to do this may be impaired over time. 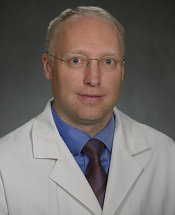 In order for astronauts in space to feel the effects of gravity, and perhaps combat some of the cognitive decline that could be associated, either the spacecraft or the astronauts themselves would have to be rotated to induce an artificial gravity. Neither of these methods has yet been used in practice in space. But the 30 minutes a day in a centrifuge to simulate artificial gravity did not have any positive effect on the participants of this test.

The study’s results of deleterious effects on the cognition of astronauts in weightless conditions brings up questions about astronauts who are already in space for long periods of time. EarthSky asked Basner, “Is this an effect that astronauts at the space station currently have to deal with?” He answered:

We don’t know this. Astronauts spend longer on the International Space Station (ISS) than the subjects were exposed to bed rest in our study. However, the ISS currently has the size of a 4 bedroom house, and there are lots of ways for astronauts to connect with loved ones on the ground. We do have some Emotion Recognition Test data in a very limited number of ISS astronauts, but will need to increase the number of astronauts over the next few years.

EarthSky also asked Basner about the difference between a lengthy mission to Mars versus the astronauts who have spent a year or two in space on the International Space Station. He said:

The effects of microgravity environments on the cognitive emotional responses of astronauts is an area that still needs more study. University of Pennsylvania’s Alexander Stahn was one of the scientists in the study. Stahn said:

We cannot say whether the effects observed on the emotion recognition test were induced by simulated microgravity or by the confinement and isolation inherent to the study, with separate bedrooms and sporadic contact to the study team. Future studies will need to disentangle these effects.

But the possible connection between weightlessness and declining abilities to read someone’s emotions is an important one that must still be addressed. The study stated:

The spaceflight relevance of a deterioration of emotional processing with increasing time in mission cannot be overstated, especially for exploration space missions, where astronauts will be confined to a small space with a small group of peers for a period of up to 3 years.

Bottom line: One study has shown that people subjected to 60 days of simulated weightlessness had a slowed ability to read the emotions on people’s faces, often seeing anger there as compared to before the testing began.

Source: Continuous and Intermittent Artificial Gravity as a Countermeasure to the Cognitive Effects of 60 Days of Head-Down Tilt Bed Rest