Newest images from the Curiosity Rover: Martian landscapes and rocky outcrops that look almost like the U.S. Southwest. 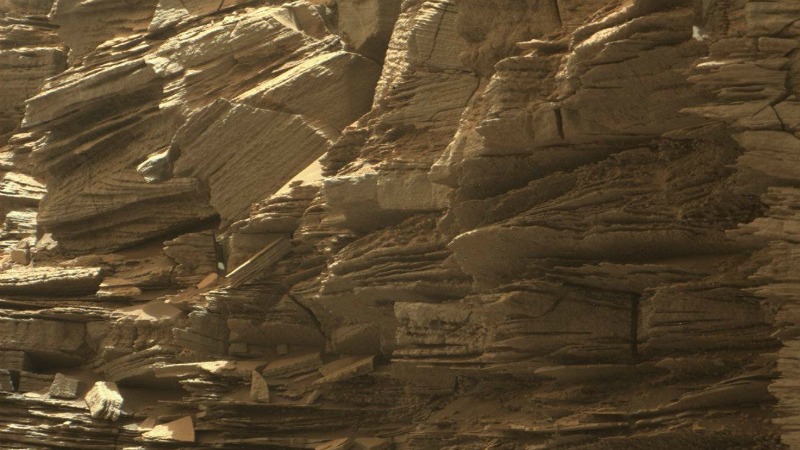 On Friday (September 9, 2016), NASA released several images taken by the Mars Curiosity rover, which has been exploring the Murray Buttes region of lower Mount Sharp on the Martian surface.

The new images look almost like parts of the U.S. Southwest. Curiosity Project Scientist Ashwin Vasavada said in a statement:

Curiosity’s science team has been just thrilled to go on this road trip through a bit of the American desert Southwest on Mars. 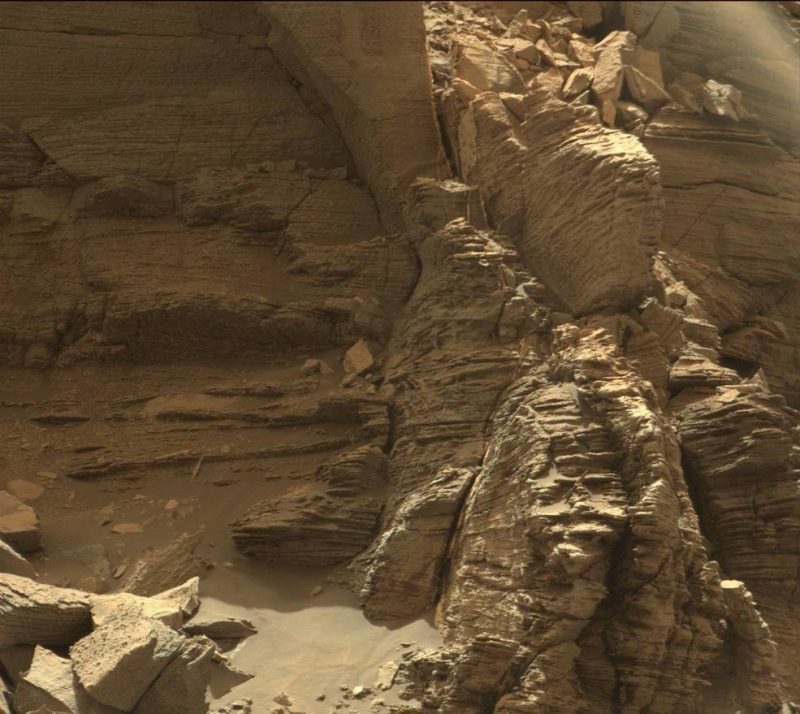 Curiosity got close to this outcrop on September 9, 2016, which displays finely layered rocks. Image via NASA/JPL-Caltech/MSSS 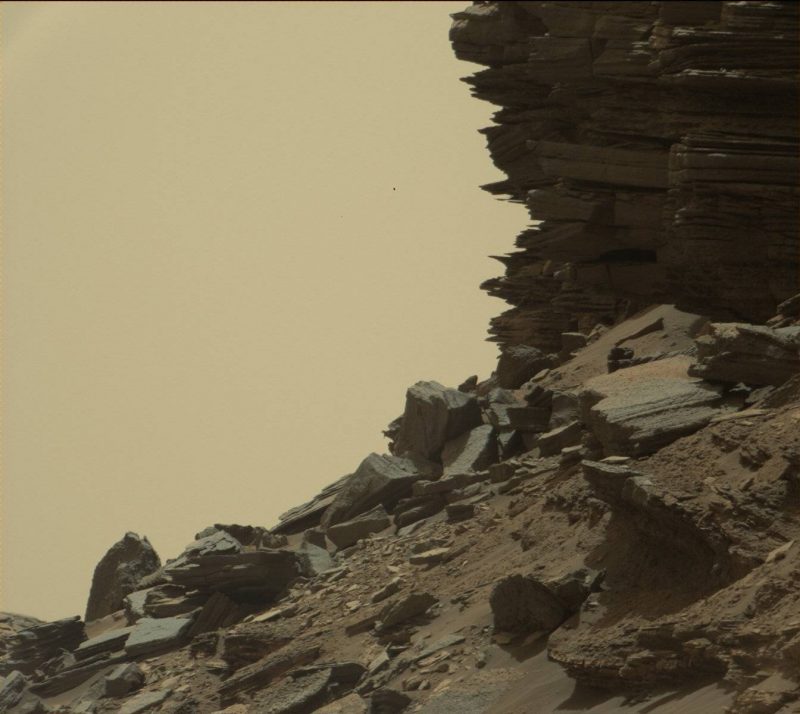 This view from Curiosity shows a dramatic hillside outcrop with sandstone layers that scientists refer to as “cross-bedding.” Image via NASA/JPL-Caltech/MSSS

The color images of rocky outcrops reveal the layered geologic past of Mars in stunning detail. According to a NASA statement:

The Martian buttes and mesas rising above the surface are eroded remnants of ancient sandstone that originated when winds deposited sand after lower Mount Sharp had formed. 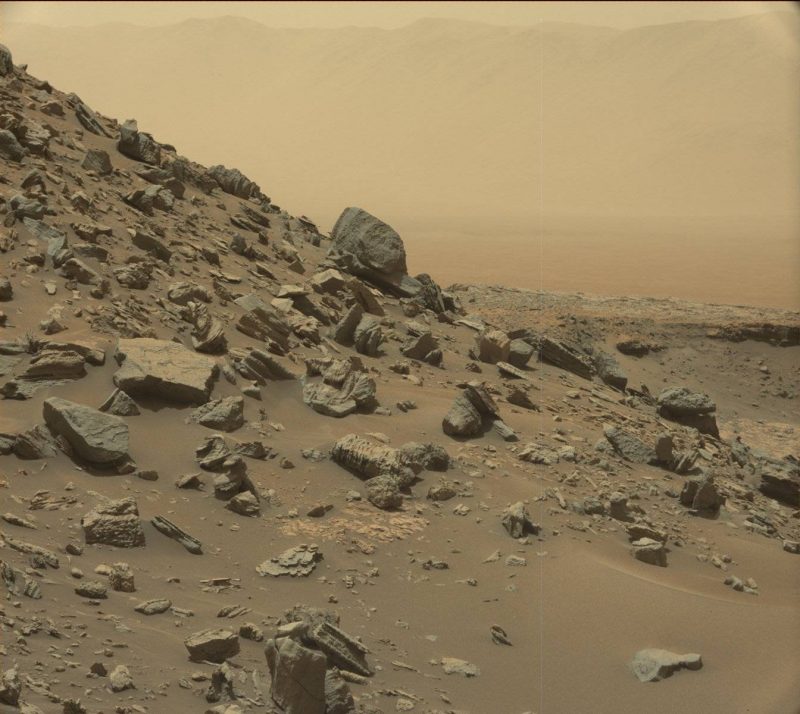 The rim of Gale Crater is visible in the distance, through the dusty haze, in this Curiosity view of a sloping hillside on Mount Sharp. Image via NASA/JPL-Caltech/MSSS

The new images come from Curiosity’s last stop in the Murray Buttes, on lower Mount Sharpe, where the rover has been driving for just over one month. Curiosity landed near Mount Sharp in 2012. It reached the base of the mountain in 2014. On Mount Sharp, Curiosity is investigating how and when the habitable ancient conditions suggested from the mission’s earlier findings evolved into conditions drier and less favorable for life.