Sunrises and sunsets on Mars, captured by the camera on NASA’s InSight lander. 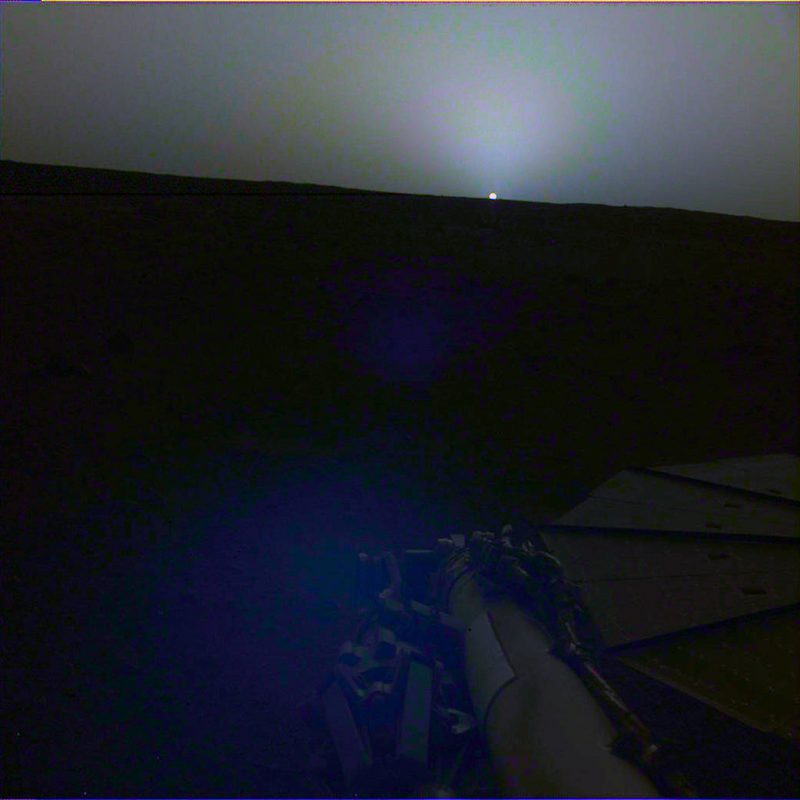 View larger. This color-corrected version more accurately shows the image as the human eye would see it. You can compare the “raw” and color-corrected images, here. Image via NASA/JPL-Caltech

NASA’s InSight lander used the camera on the end of its robotic arm to image this sunset on Mars on April 25, 2019. This was taken around 6:30 p.m. Mars local time.

Because it’s much farther from Mars than it is from Earth, the sun appears only about two-thirds the size that it does when viewed from our planet.

Insight snapped the photos below on April 24 and 25. In local Mars time. The shots were taken starting around 5:30 a.m., and then again starting around 6:30 p.m. As a bonus, a camera under the lander’s deck also caught clouds drifting across the Martian sky at sunset. 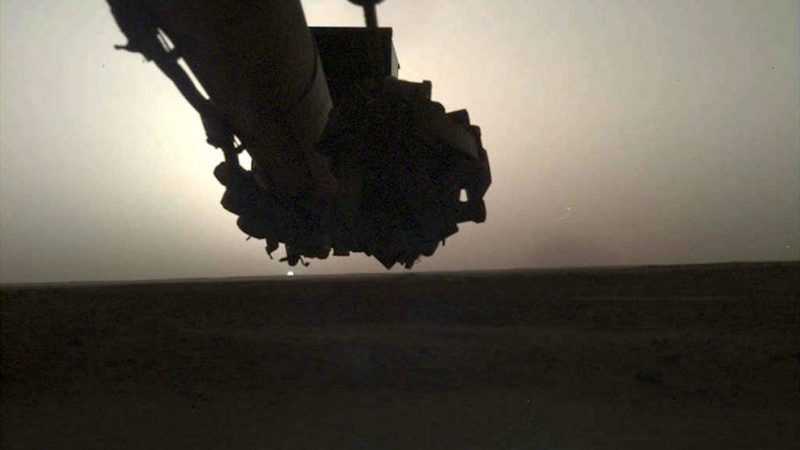 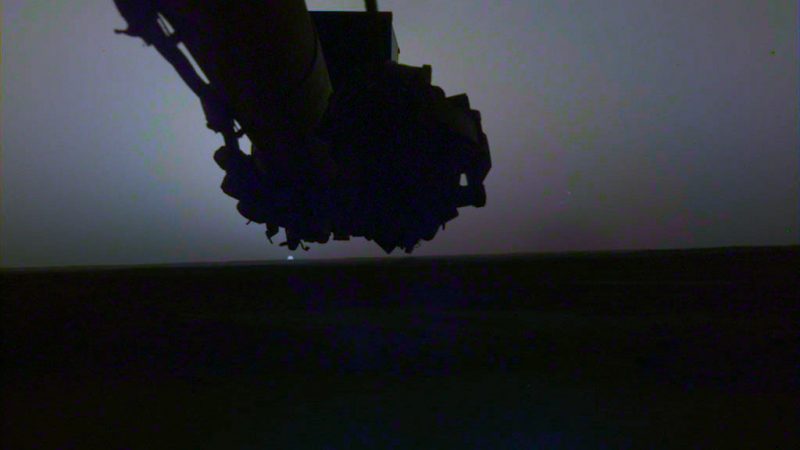 Here’s sunset on the same day. This color-corrected version more accurately shows the image as the human eye would see it. Image via NASA/JPL-Caltech.

This color-corrected version of the image above more accurately shows the image as the human eye would see it. Image via NASA/JPL-Caltech

This is actually the second time InSight has captured these daily events, NASA said. The camera took practice shots on March 2 and 10, 2019.

It’s been a tradition for Mars missions to capture sunrises and sunsets. With many of our primary imaging tasks complete, we decided to capture the sunrise and sunset as seen from another world.

The first mission to send back such images was the Viking 1 lander, which captured a sunset in August 1976. Viking 2 captured a sunrise in June 1978. Since then, both sunrises and sunsets have been recorded by other missions, including the Spirit, Opportunity and Curiosity rovers.

Bottom line: Photos of sunsets and sunrises on Mars, taken by the NASA Insight lander.