Stéphane Udry: Evidence of billions of rocky, habitable planets in our galaxy

Posted by Deborah Byrd and Jorge Salazar in Space | August 29, 2012

Astronomers have found evidence that billions of rocky planets might orbit the habitable zones around red dwarf stars in our Milky Way.

According to astronomers at the European Southern Observatory (ESO), rocky planets – not much bigger than Earth – are very common around faint red stars in our Milky Way galaxy. Not only that, but these rocky worlds commonly lie in the habitable zones – orbital zones around stars within which liquid water, and therefore life as we know it, might exist – says ESO. And that’s really something to think about!

EarthSky spoke with Stéphane Udry of the Geneva Observatory in Switzerland. He told us:

It’s easier to detect habitable planets around low-mass stars, these red dwarfs, than around stars like the sun. And on top of that, those stars are by far the most numerous ones in the galaxy. So we have a sample of such stars. We look for planets. And we are finding that around ten percent of them, roughly, they are rocky planets. And as there are hundreds of billions of those stars in the galaxy, we conclude that there are tens of billions of planets that are rocky around those stars in our galaxy. 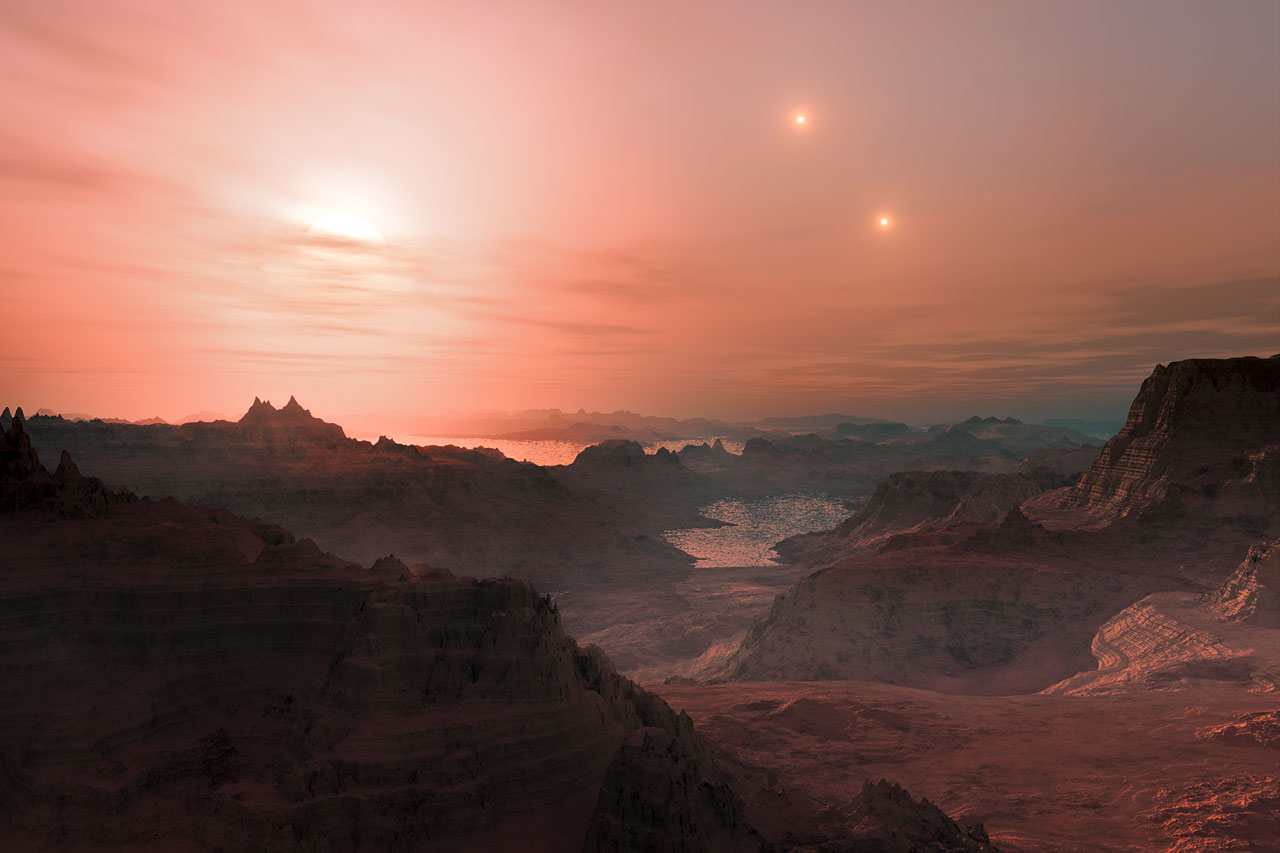 Artist’s conception of the surface of a world in the habitable zone of its star, where liquid water can exist. Image Credit: ESO/L. Calçada

Dr. Udry and an international team of astronomers used what’s called HARPS, the High Accuracy Radial-velocity Planet Searcher of the ESO. It detected tiny redshifts of light from a sample of red dwarf stars in our galaxy. This redshift indicates the tug of a planet. Red dwarf stars, said Udry, are fainter and cooler than our sun. Udry said:

What we call the habitable zone, the zone with the good temperature for liquid water to exist around the star is closer to the star than in the case of the sun. And for us, with our technique of detection, we are more sensitive to planets that are close to their stars.

The ultimate goal of this planet-hunting, said Udry, is to find a planet like Earth out there.

We are on our way to detect places like the Earth, where life could be developing. So all our work is on a road that in the end will lead us to the detection of life somewhere else in the universe.

Bottom line: An international team of astronomers working with the European Southern Observatory announced n March, 2012 that there might be billions of rocky planets in the habitable zones around red dwarf stars in our Milky Way. Since red dwarfs account for 80% of the stars in the Milky Way, that might be a lot of planets!