Flight controllers at Goddard Space Flight Center completed a maneuver that lowered the spacecraft’s orbit to within 12 miles (20 km) of the moon’s South Pole. 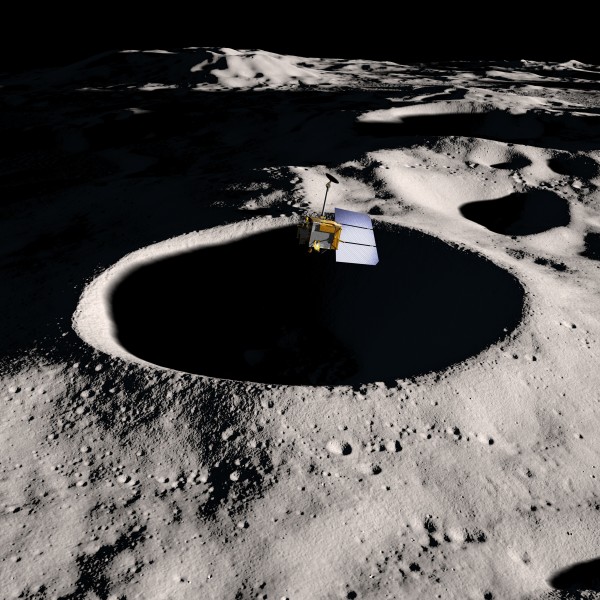 NASA announced today (May 5, 2015) that its Lunar Reconnaissance Orbiter (LRO) – launched from Earth in 2009 – has completed a maneuver that lowered the spacecraft’s orbit to within 12 miles (20 km) above areas near the lunar South Pole. This is the closest the spacecraft has been to the lunar surface.

The lunar poles are still places of mystery where the inside of some craters never see direct sunlight and the coldest temperatures in the solar system have been recorded.

By lowering the orbit over the South Pole, we are essentially magnifying the sensitivity of the LRO instruments which will help us understand the mechanisms by which water or other volatiles might be trapped there.

– The return signal from the Lunar Orbiter Laser Altimeter laser shots will become stronger, producing a better signal and thereby obtaining better measurements of specific regions near the South Pole that have unique illumination conditions.

– Diviner (Lunar Radiometer Experiment) will be able to see smaller lunar features through the collection of higher resolution data.

Team members made the decision to change the orbit after determining that the new orbit configuration poses no danger to the spacecraft. They say LRO can operate for many years at this orbit. 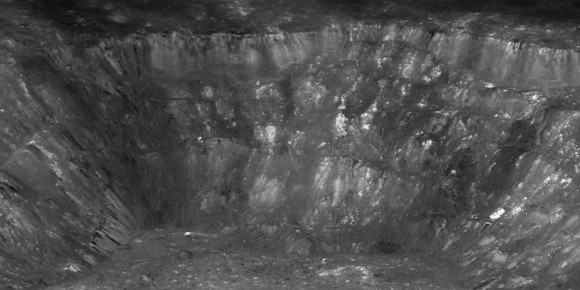 The west wall of the moon’s Aristarchus Crater seen obliquely by NASA’s Lunar Reconnaissance Orbiter from an altitude of only 16 miles . Now LRO will be closer – only 12 miles up at some parts of its orbit. Image via NASA.

Bottom line: On Monday, May 4, 2015, flight controllers at NASA’s Goddard Space Flight Center completed a maneuver that lowered the orbit of the Lunar Reconnaissance Orbiter to within 12 miles (20 km) of the moon’s South Pole.