Lots of water inside the moon?

Researchers have detected widespread water within ancient volcanic deposits on the moon. 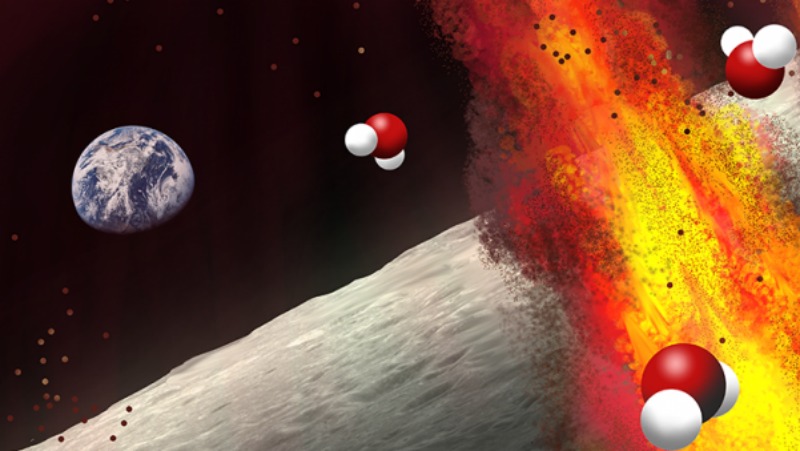 A new study of satellite data suggests that the moon’s interior is surprisingly water-rich.

The research, published July 24, 2017 in Nature Geoscience, finds that numerous volcanic deposits across the surface of the moon contain unusually high amounts of trapped water.

Scientists believe the ancient deposits consist of glass beads that were formed by the eruption of magma exploding from the deep lunar interior.

Scientists had assumed for years that the interior of the moon had been largely depleted of water and other volatile compounds. That idea began to change in 2008, when a research team detected trace amounts of water in some of the volcanic glass beads brought back to Earth from the Apollo 15 and 17 moon missions. In 2011, further study of tiny crystalline formations within those beads revealed that they actually contain similar amounts of water as some basalts on Earth. That suggests that at least parts of the moon’s mantle — the interior between its crust and the core – contain as much water as Earth’s. 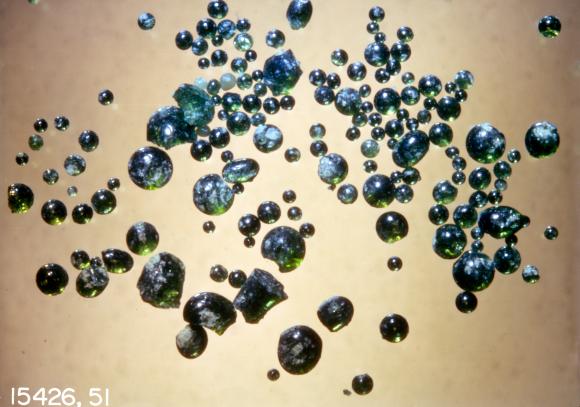 Ralph Milliken is lead author of the new research and an associate professor in Brown University’s Department of Earth, Environmental and Planetary Sciences. Milliken said in a statement:

The key question is whether those Apollo samples represent the bulk conditions of the lunar interior or instead represent unusual or perhaps anomalous water-rich regions within an otherwise ‘dry’ mantle. By looking at the orbital data, we can examine the large pyroclastic deposits on the Moon that were never sampled by the Apollo or Luna missions. The fact that nearly all of them exhibit signatures of water suggests that the Apollo samples are not anomalous, so it may be that the bulk interior of the moon is wet.

Detecting the water content of lunar volcanic deposits using orbital instruments is no easy task. Read more about how the researchers did their study.

The researchers found evidence of water in nearly all of the large pyroclastic deposits – that is, deposits of rock fragments erupted by a volcano – that had been previously mapped across the moon’s surface, including deposits near the Apollo 15 and 17 landing sites where the water-bearing glass bead samples were collected.

The distribution of these water-rich deposits is the key thing. They’re spread across the surface, which tells us that the water found in the Apollo samples isn’t a one-off.

The idea that the interior of the moon is water-rich raises interesting questions about the moon’s formation, say the researchers. For example, scientists think the moon formed from debris left behind after an object about the size of Mars slammed into the Earth very early in solar system history. One of the reasons scientists had assumed the moon’s interior should be dry is that it seems unlikely that any of the hydrogen needed to form water could have survived the heat of that impact.

Shuai Li is a postdoctoral researcher at the University of Hawaii and co-author of the study. Li said:

The growing evidence for water inside the moon suggest that water did somehow survive, or that it was brought in shortly after the impact by asteroids or comets before the moon had completely solidified. The exact origin of water in the lunar interior is still a big question.