“That you could have vast liquid water ocean habitats so far from the sun on Pluto – and on other Kuiper belt objects as well – is absolutely incredible.” 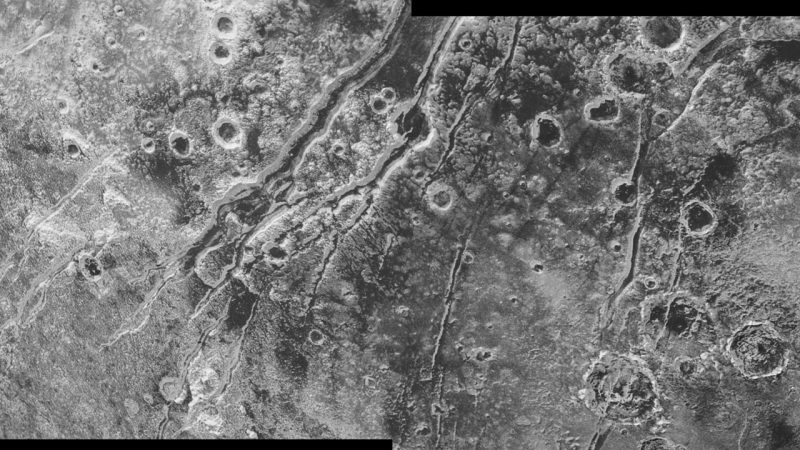 Sinuous faults on Pluto, hundreds of kilometers long, suggest that the dwarf planet might have undergone a global expansion, possibly due to the slow freezing of an underground ocean. New research suggests this ocean might still be partially liquid. Image via New Horizons/ NASA/JHUAPL/SwRI.

Does Pluto have a liquid water ocean beneath its jumbled surface? Scientists have been speculating about a possible underground ocean for Pluto – possibly one that froze solid sometime long ago, or not – since the New Horizons spacecraft swept past the dwarf planet last July 14. A new study published June 21, 2016 in Geophysical Research Letters suggests that this ocean on Pluto likely still exists today, at least partially in liquid form.

Brown University Ph.D. student Noah Hammond led the study, which is based on an update of a thermal evolution model, that is, a computer model that tries to describe the cooling history of Pluto.

… there are no signs of a global contraction to be found on Pluto’s surface. On the contrary, New Horizons showed signs that Pluto has been expanding.

The new model bolsters the case for an ocean environment in the furthest reaches of the solar system. Hammond commented:

That’s amazing to me. The possibility that you could have vast liquid water ocean habitats so far from the sun as Pluto — and that the same could also be possible on other Kuiper belt objects as well — is absolutely incredible. 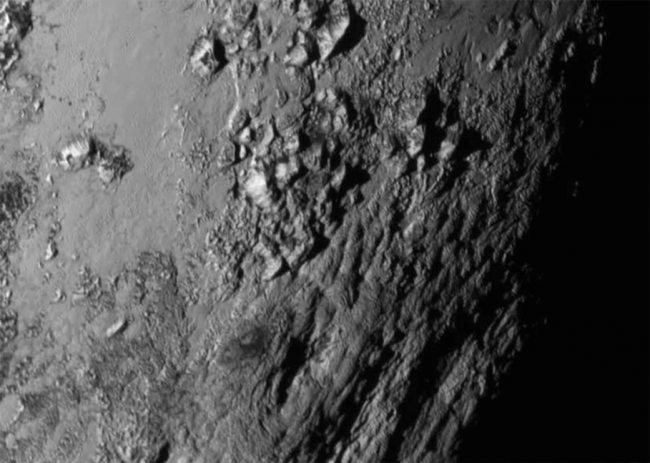 Another example of tectonic activity on Pluto: a range of youthful mountains rising as high as 11,000 feet (3,500 meters). Image via New Horizons/ NASA.

Thanks to New Horizons, whose data is still being returned as the craft speeds outward, we know that Pluto’s highly varied surface is made from water, nitrogen and methane ices. A statement from Brown described some of the other amazing features seen by New Horizons:

There aren’t many other ways on Pluto to get such features. One way might have been through a gravitational tug of war with its moon, Charon. But the active gravitational dynamics between the two have long since wound down, and some of the tectonics look fairly fresh (on a geologic timescale).

So, many scientists believe that an ocean is the strongest scenario.

But if Pluto had an ocean, what is its fate today? Could the freezing process still be going on, or did the ocean freeze solid a billion years ago?

That’s where the thermal evolution model run by Hammond and his colleagues comes in.

The new analysis suggests that the observed ongoing geological activity on Pluto – seen in New Horizons images – could be caused by the freezing of a subsurface ocean that’s only partial at this point. In other words, the ocean might still contain liquid water.

Read details of the new study from Brown.

The New Horizons mission took decades to conceive and be carried out. The craft spent nearly a decade traveling to Pluto, which once was thought of as the outpost planet in our solar system, but now is known as the largest (so far) among worlds known as Kuiper Belt Objects, also orbiting our sun in that distant region of the solar system.

For some of us, maybe all of us reading this article, New Horizons might be the only only Pluto mission in our lifetimes. And thus the question of a liquid ocean on Pluto might be one that scientists argue about for some decades to come! 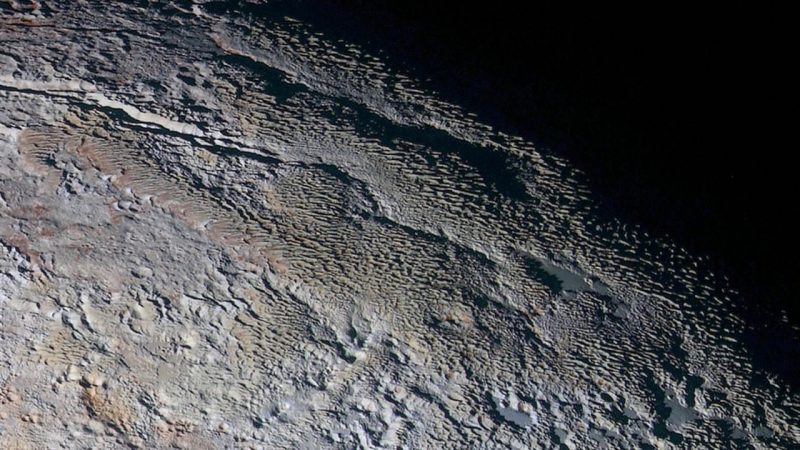 Bottom line: Scientists at Brown University and the Planetary Science Institute updated a thermal model of Pluto – a computer model describing Pluto’s cooling history – with new data from the New Horizons spacecraft. The results bolster the idea that Pluto’s underground ocean might still be at least partially liquid.