The dwarf planet’s hot birth may have created a warm internal ocean, and where there’s warm water, there might be life. 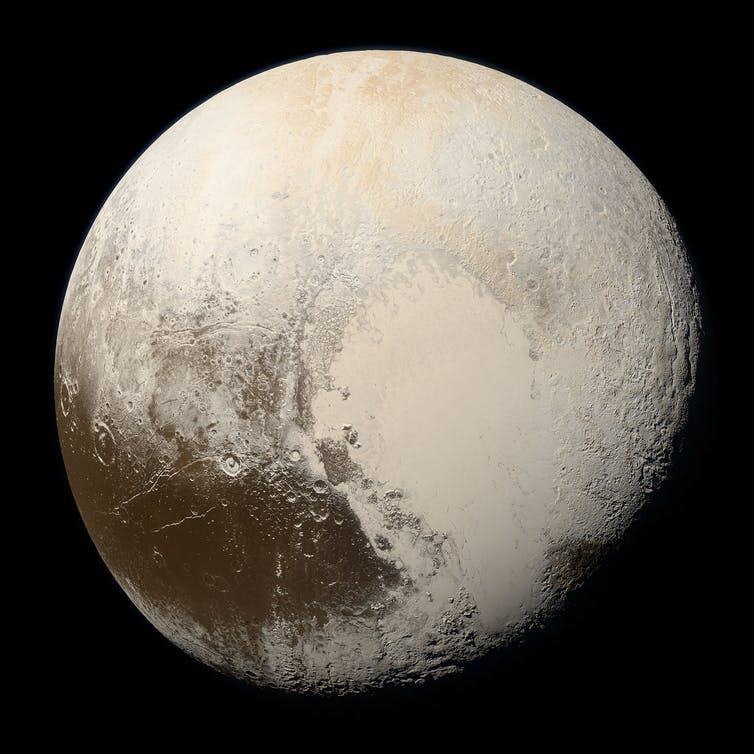 Pluto, along with many other dwarf planets in the outer solar system, is often thought of as dark, icy and barren – with a surface temperature of just -382 degrees Fahrenheit (-230 degrees Celsius). But now a new study, published in Nature Geoscience, suggests that the body has had a warm interior ever since it formed, and may still have a liquid, internal ocean under its icy crust.

It could mean that other sizable icy dwarf planets may have had early internal oceans too, with some possibly persisting today. This is exciting, as where there’s warm water, there could be life.

As soon as NASA’s New Horizons probe began to send back its haul of pictures and other data from its 2016 flyby of Pluto, it became clear that this is one of the most interesting worlds ever seen. Beneath its haze-layered atmosphere is a frigid, cratered surface of impure water-ice and one major impact basin (Sputnik Planitia) that has been flooded by frozen nitrogen.

The water-ice crust is cut by numerous fractures, all of which appear to be the result of stretching of the surface. Those cracks in the ice provided the first hints that there might be liquid water flowing underneath, in the form of an internal ocean between the icy shell and rocky core. More evidence soon emerged in favor of this, such as hints that the icy shell has been able to re-orient itself, gliding over an essentially frictionless (hence liquid) interior. 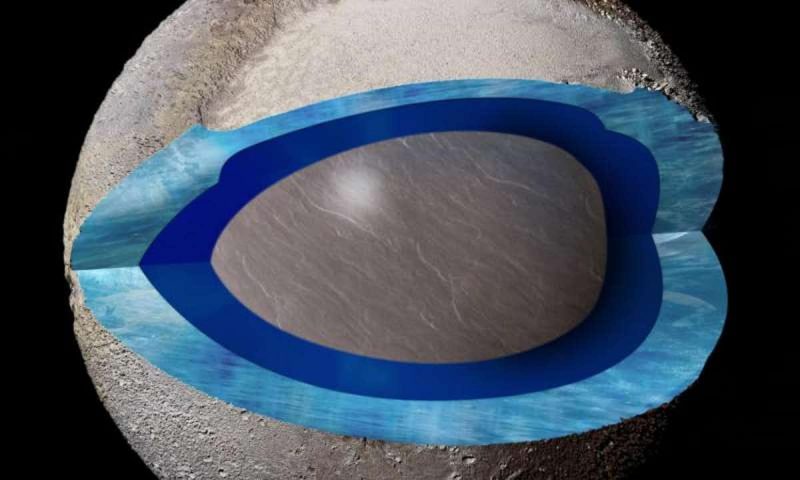 Artist’s concept of Pluto’s interior. An ocean of liquid water lies between the icy crust and rocky core. Image via Pam Engebretson/ Physics Org/ The Conversation.

If it does have an internal ocean, Pluto is far from unique. Evidence for present-day oceans inside icy moons such as Jupiter’s Europa, and Saturn’s Titan and Enceladus is so strong that few scientists doubt the likelihood of an ocean inside Pluto for at least part of its history.

The insight offered by the new study comes from studying maps of Pluto’s shape and features. The researchers discovered that cracks in its surface are of all ages – right back to the most remote times we can see, soon after the surface formed, possibly 4.5 billion years ago.

Scientists have assumed that Pluto grew by slowly accumulating icy material that condensed when the outer solar system was forming. In such a scenario, no internal ocean could have formed until trapped heat generated by radioactive decay in the rocky core had built up sufficiently to melt the overlying ice.

In that situation, the oldest geological faults on the surface would have certain specific characteristics (dubbed compressional features). This is because turning the lower part of the ice into liquid water, which is denser and occupies less volume, would have placed the overlying ice into compression.

Other types of fractures interpreted as “extensional cracks” could begin to form only when the top of this ocean began to freeze as its heat escaped to space. The pressure of the ice forced the interior to expand slightly, stretching and cracking the surface a little. However, Pluto’s surface is cut by what appear to be extensional cracks only, right back to the most ancient times. 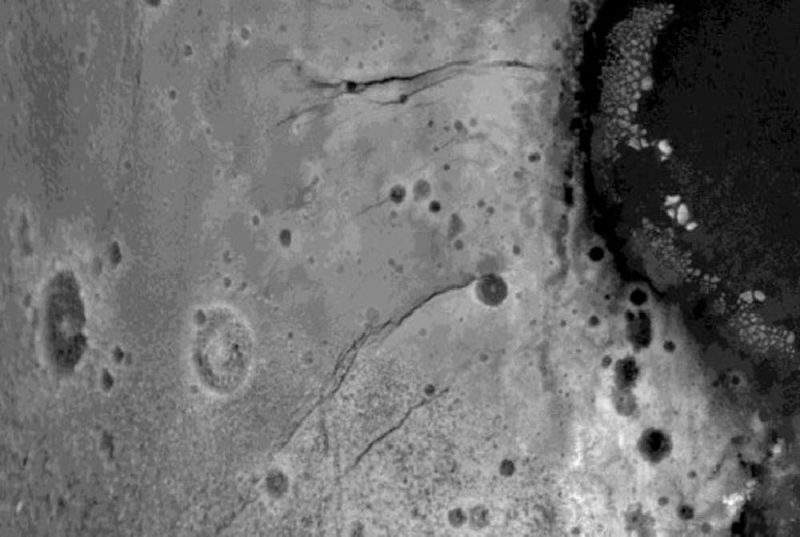 The authors therefore argue that the young Pluto grew to its present size by accumulating tiny pieces of material in a so-called “pebble accretion” process that was energetic and rapid enough to cause melting at the base of the ice layer. This is termed a “hot start,” though all it means is “just warm enough for water-ice to melt.”

The crust, from the first moment that it became stable, never experienced compression. Instead, its surface suffered extension as liquid water at top of the ocean froze onto the base of the ice shell during Pluto’s first half billion years.

Ocean freezing may then have paused for about the next billion years because the build-up of radioactive heat was temporarily able to balance the rate of heat escape to space. But ever since then, as Pluto’s radioactive heat production dwindled over time, the roof of the ocean continued to freeze. The thickness of the ice shell has maybe doubled to about 180km (about 110 miles). The surviving ocean is likely a 200km (120 mi) thick layer between the ice and the rock.

Internal oceans are fascinating, not just because of how changes in volume can stretch or compress the surface, but because they are potential habitats for life. It is irrelevant that Pluto’s surface temperature is extremely low, because any internal ocean would be warm enough for life.

Bottom line: A new study suggests that Pluto has had a warm interior ever since it formed, and may still have a liquid, internal ocean under its icy crust. It could mean that other sizable icy dwarf planets have had early internal oceans too, with some possibly persisting today. This is exciting, as where there’s warm water, there could be life.